New York state reported the fewest hospitalizations from the coronavirus in four months on Monday just as New York City entered a new phase of reopening, but the progress was eclipsed by the rapid spread of COVID-19 elsewhere in the US.

The state, at one time the epicenter of the pandemic, recorded eight deaths on Sunday while the total number of people hospitalized for the disease fell to 716, the fewest since March 18, Governor Andrew Cuomo said.

Cuomo called the figures “good news,” although a Reuters analysis of data from the COVID Tracking Project showed cases rose in the past week for the first time since April, to more than 5,000, breaking a 13-week streak of declines. 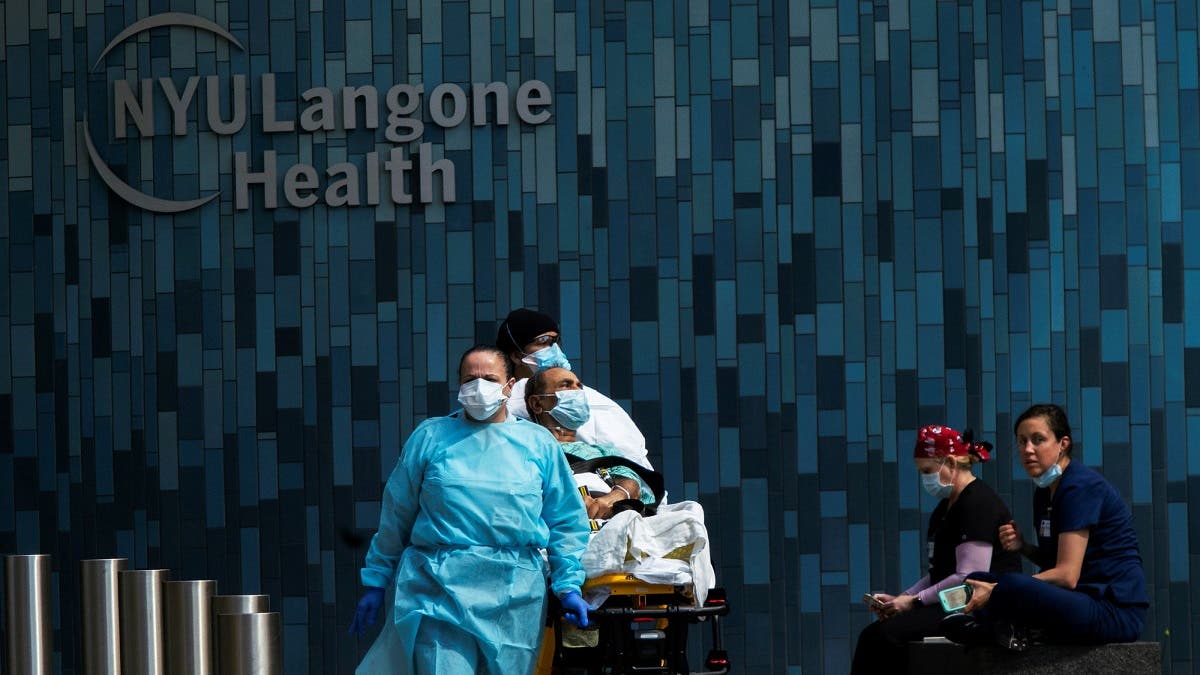 Health workers move a patient wearing a face mask at the at NYU Langone Hospital, during the outbreak of the coronavirus disease (COVID-19) in the Manhattan borough of New York City. (Reuters)

Elsewhere, nearly every metric for the country as a whole was growing worse including a rising number of cases, deaths, hospitalizations and rates of positive test results. The virus has killed 140,000 Americans and infected some 3.7 million, both figures leading the world.

The city of Los Angeles is on the brink of issuing a new stay-at-home order and at least 14 states have reported record hospitalizations so far in July, including Alabama, Arizona, Florida, Georgia, Nevada, North Carolina and Texas.

Meanwhile, the administration of US President Donald Trump is pushing for schools to reopen in a few weeks and resisting a federal mandate that people wear masks in public, part of what Cuomo called an “incompetent” federal government response.

“I’ve said to the president from Day One: This virus does not respond to politics,” Cuomo told a news conference. “The solution is medicine and science.”

The governor said the country was still “totally unprepared” as other states lagged in testing, contact tracing, and personal protective equipment or doctors and nurses.