GENEVA/LONDON, March 3 (Reuters) – About 3.4% of confirmed cases of COVID-19 have died, far above seasonal flu’s fatality rate of under 1%, but the novel coronavirus can be contained, the World Health Organization (WHO) said on Tuesday.

Tedros Adhanom Ghebreyesus, WHO director-general, urged countries to prepare for patients with the virus turning up in their hospitals and ensure that health workers are protected.

But the world’s supplies of protective gear – masks, gloves and goggles – need to be increased by an estimated 40%, he said, adding: “We continue to call on manufacturers to urgently increase production to meet this demand and guarantee supplies.”

Globally, about 3.4 percent of reported COVID-19 cases had died, while seasonal flu generally kills far fewer than 1 percent of those infected, Tedros said.

“To summarise, COVID-19 spreads less efficiently than flu, transmission does not appear to be driven by people who are not sick, it causes more severe illness than flu, there are not yet any vaccines or therapeutics, and it can be contained,” he said.

Imposing travel restrictions and screening travellers should be part of the strategy, but are not enough, said Dr Mike Ryan, executive director of WHO’s Health Emergencies Programme.

“Countries that have relied purely on travel restrictions as the only public health intervention have not done so well, because when they have imported cases they subsequently have been caught off guard,” he said.

Authorities should focus on containment measures “but also be ready for community transmission and be able to mitigate”.

“This is one of the dangers in using the ‘pandemic’ word – is that even if you are moving in that direction in terms of a description, you would want containment to continue. You would want to see mitigation under way,” Ryan added.

Tedros said that he had spoken with Thomas Bach, president of the International Olympic Committee (IOC), about the 2020 Tokyo Olympics, due to begin in July.

“What we have agreed is that we monitor the situation and then of course with the government of Japan if there is a need for any actions then we can discuss with the Japanese government.

“I think deciding now could be too early, it would be good to monitor the situation,” Tedros said.

Earlier on Tuesday, the IOC urged athletes to prepare “full steam” despite the coronavirus threat.

Asked about the growing outbreak in Iran, Ryan said authorities faced issues with supplies, protective gear and “the intensive care management of very severely ill patients”. A WHO team arrived in the country on Monday.

Referring to ventilators, respirators, and oxygen, he said: “Those needs are more acute for the Iranian health system than they are for most any other health system.”

“We clearly need to see an acceleration of activities,” he added. “While the numbers going up may on the face of it appear to be a very bad thing, we saw the same thing happen in (South) Korea. Things tend to look worse before they get better.” (Reporting by Stephanie Nebehay in Geneva and Kate Kelland in London; writing by Stephanie Nebehay; editing by William Maclean and Rosalba O’Brien) 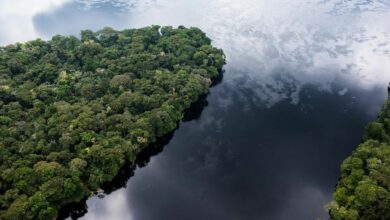 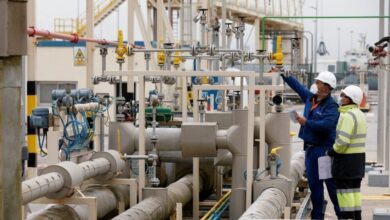 Demand for ‘active shooter insurance’ on the rise as US reopens