But while the World Health Organization says that the research points to the virus’s “natural origin”, some scientists say it might never be known how the first person was infected.

It remains unclear whether this host animal was sold in the now infamous Wuhan wildlife market in China.

But the wildlife trade is seen as a potential source of this “spillover”.

Researchers say the trade provides a source of species-to-species disease transmission, which caused previous outbreaks and has been blamed for this pandemic.

The WHO’s technical lead on Covid-19, Dr Maria Van Kerkhove, told the BBC’s Andrew Marr show: “We were preparing for something like this as it’s not a matter of if, it is a matter of when.”

Infectious disease experts agree that, like most emerging human disease, this virus initially jumped undetected across the species barrier.

Prof Andrew Cunningham, from the Zoological Society of London, explained: “We’ve actually been expecting something like this to happen for a while.

“These diseases are emerging more frequently in recent years as a result of human encroachment into wild habitat and increased contact and use of wild animals by people.”

The virus that causes Covid-19 is far from the first case of such spillover. It joins a murky list of household name viruses – including Ebola, rabies, Sars and Mers – that have originated in wild bat populations. Some of the now extensive body of evidence about bat viruses, and their ability to infect humans, comes from searching for the source of the 2003 outbreak of Sars, a very closely related coronavirus.

What viruses needed in order to infect a new host is the ability to “unlock” and get inside a cell to replicate. And, like Sars, the ancestral bat coronavirus appears to have held the human cellular key. “In the case of Sars-CoV-2 the key is a virus protein called Spike and the main lock to enter a cell is a receptor called ACE2,” explained Prof David Robertson, a virologist from the University of Glasgow.

“The coronavirus is not only able to fit that ACE2 lock, “it’s actually doing this many times better than Sars-1 does”, he said.

That perfect fit could explain why the coronavirus is so easily transmitted from person to person; its contagiousness has outpaced our efforts to contain it. But bringing the bat virus to the door of a human cell is where the trade in wildlife plays an important role.

Most of us have heard that this virus “started” in a wildlife market in Wuhan. But the source of the virus – an animal with this pathogen in its body – was not found in the market.

“The initial cluster of infections was associated with the market – that is circumstantial evidence,” explained Prof James Wood from the University of Cambridge.

“The infection could have come from somewhere else and just, by chance, clustered around people there. But given that it is an animal virus, the market association is highly suggestive.”

Prof Cunningham agreed; wildlife markets, he explained, are hotspots for animal diseases to find new hosts. “Mixing large numbers of species under poor hygienic and welfare conditions, and species that wouldn’t normally come close together gives opportunities for pathogens to jump species to species,” he explained.

Many wildlife viruses in the past have come into humans via a second species – one that is farmed, or hunted and sold on a market.

Prof Woods explained: “The original Sars virus was transmitted into the human population via an epidemic in Palm civets, which were being traded around southern China to be eaten.

“That was very important to know because there was an epidemic in the Palm civets themselves, which had to be controlled in order to stop an ongoing process of spillover into humans.”

In the search for the missing link in this particular transmission chain, scientists have found clues pointing to mink, ferrets and even turtles as a host. Similar viruses were found in the bodies of rare and widely trafficked pangolins, but none of these suspect species has been shown to be involved in this outbreak. What we do know is that our contact with and trading of wild animals puts us – and them – at risk.

“Trying to make sure that we are not bringing wildlife into direct contact with ourselves or with other domestic animals is a very important part of this equation,” said Prof Wood.

Regulating the global trade in wildlife, though, is far from straightforward.”

“There have been various campaigns to ban all trade in animals and all contact with wildlife,” said Prof Wood. “But typically what you do then is penalise some of the poorest people in the world. In many cases, by introducing measures like that you drive trade underground, which makes it far harder to do anything about.”

The WHO has already called for stricter hygiene and safety standards for so-called wet markets in China. But in many cases – such as the trade in bushmeat in Sub-Saharan Africa, which was linked with the Ebola outbreak – markets are informal and therefore very difficult to regulate.

“You can’t do it from an office in London or in Geneva; you have to do that locally on the ground in every country,” added Prof Wood.

Dr Maria Van Kerkhove agreed: “It’s very important we work with population and people who are working at the animal/human interface – people who work with wildlife.”

What that will be is a truly global and highly complicated effort. But the Covid-19 outbreak appears to have shown us the cost of the alternative.

The Uncensored Library in Minecraft Fights For Press Freedom 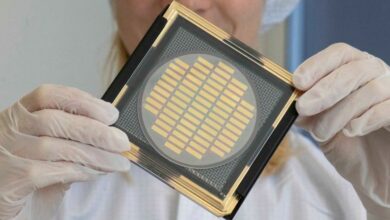 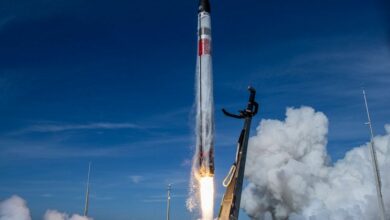 Hydroxychloroquine is not dead yet