Lebanon’s hospitals are being overwhelmed by coronavirus cases, medics warned Saturday, as infection rates surge in the wake of end of year holidays.

The national Covid-19 task force was to meet later the same day and expected to advise a three-week lockdown, said Petra Khoury, its head.

Lebanon, with a population of around six million, has recorded 183,888 coronavirus cases, including 1,466 deaths, since February.

On Thursday, it hit a daily record of more than 3,500 new cases.

In what he termed a “catastrophic” situation, Sleiman Haroun, head of the Syndicate of Private Hospitals, said “the 50 private hospitals in the country receiving patients with Covid-19 are now almost full”.

They have a total of 850 beds, including 300 in intensive care units, Haroun said.

“Patients are now waiting in line… waiting for a bed to be free,” he told AFP.

After imposing tight restrictions in November to combat the spread of the pandemic, the government relaxed rules.

Ahead of the December holidays, the government pushed back a nighttime curfew to 3:00 am and allowed nightclubs and bars to reopen. 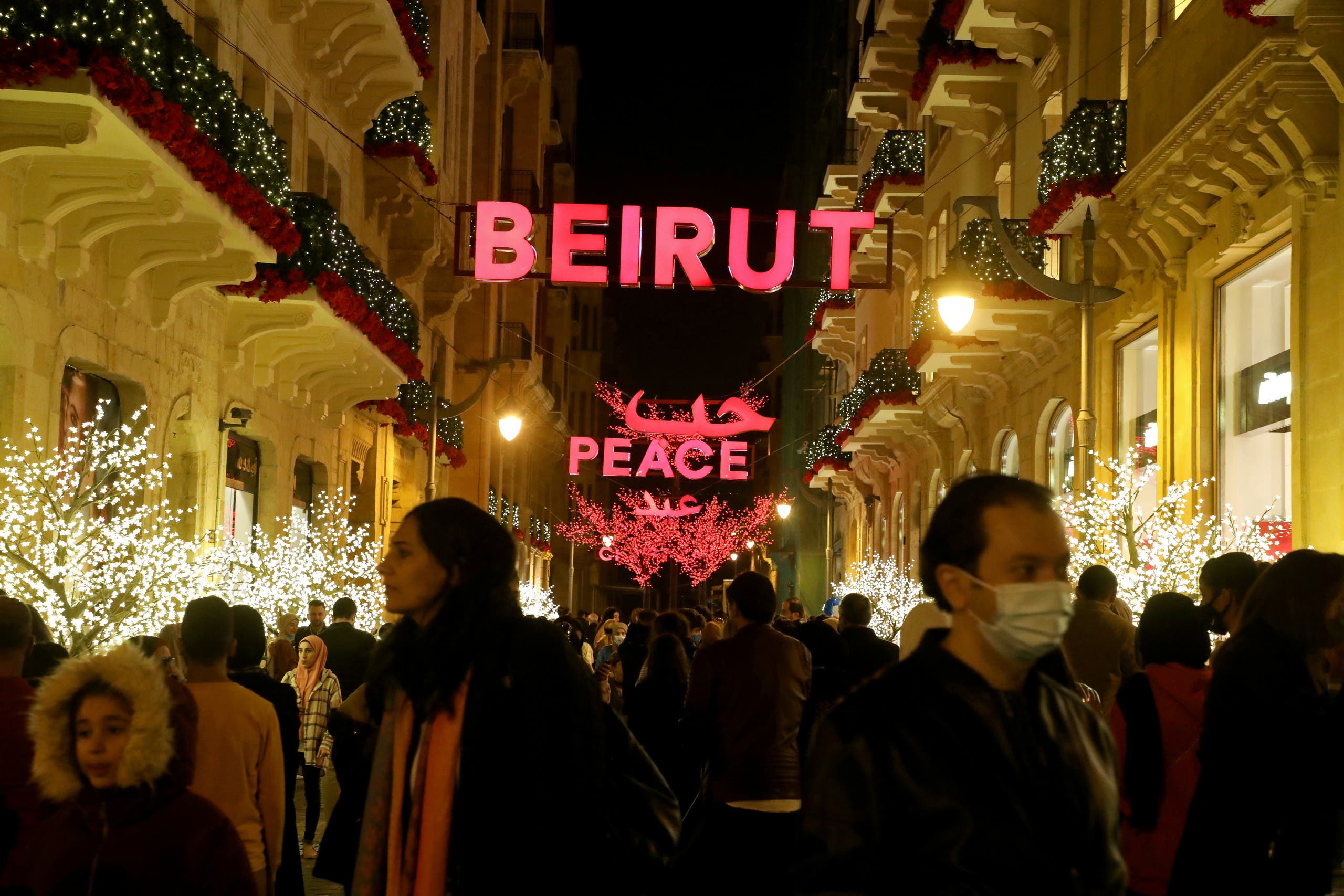 A sign reading Beirut is seen among Christmas decorations in downtown Beirut. (Reuters)

“The problem is that once a patient is admitted to intensive care, they stay there for three weeks,” said Khoury.

The “gatherings and private parties” of the December holiday season have fed a dramatic rise in cases, Khoury said.

“Over the past three weeks, the occupancy rate of intensive care units has increased by 10 percent,” pushing the occupancy of hospital beds in Beirut to over 90 percent of capacity.