London’s police on Saturday tried to break up a protest by more than a thousand people opposed to lockdown measures aimed at slowing the spread of coronavirus.

Demonstrators had gathered in Trafalgar Square in central London carrying banners saying “Freedom Not Fear” and “Scam” and chanting at police: “Choose your side”.
Shortly before 1400 GMT police ordered protesters to leave, saying the demonstration was putting other members of the public at risk.

“This, coupled with pockets of hostility and outbreaks of violence towards officers, means we will now be taking enforcement action to disperse those who remain in the area,” London’s Metropolitan Police said in a statement.

A Reuters witness said several hundred people remained in the square at 1500 GMT as police tried to clear the area. 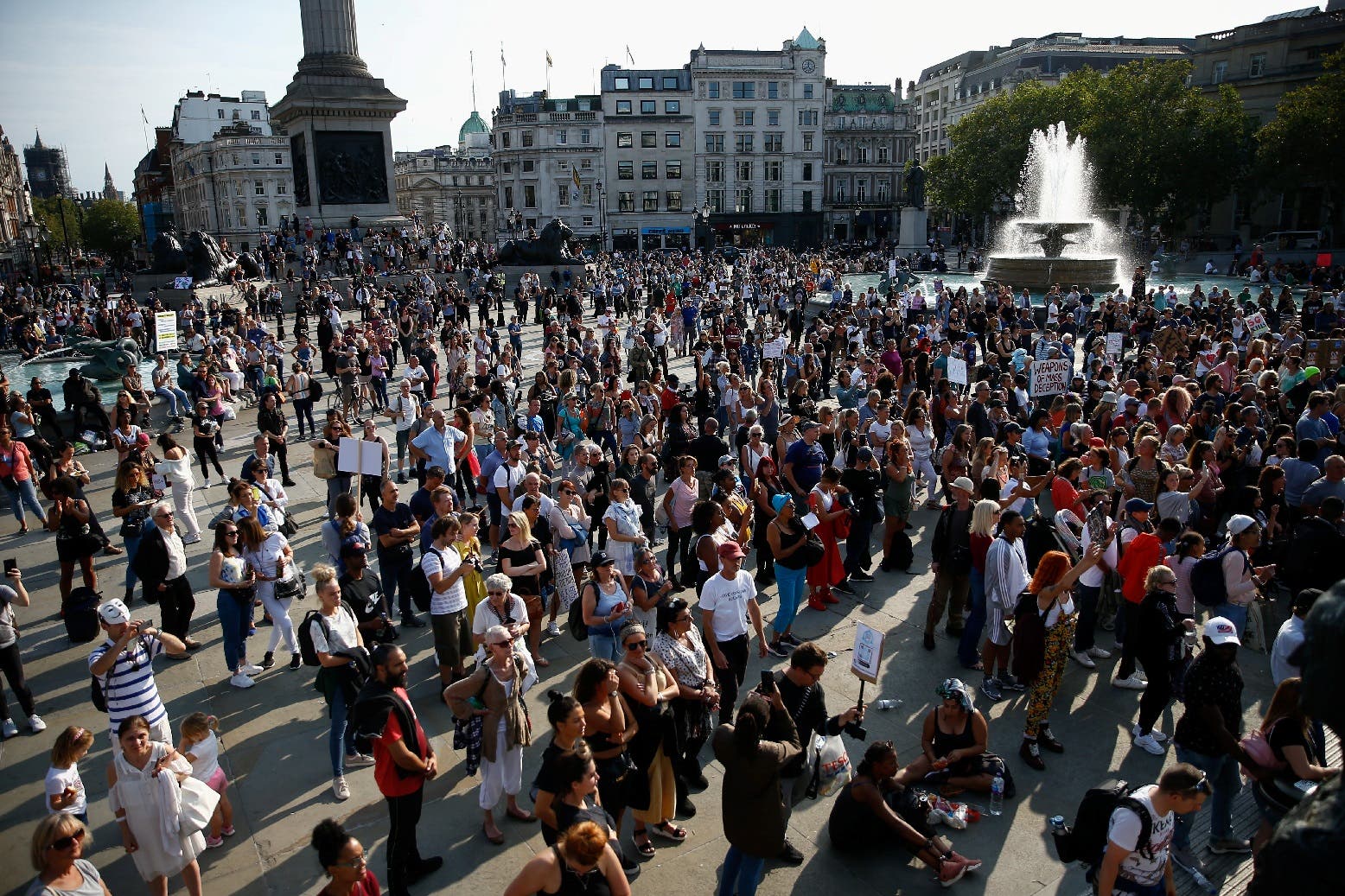 People gather in Trafalgar Square to protest against the lockdown imposed by the government, following the outbreak of the coronavirus, in London, Britain, September 19, 2020. (Reuters)

A police spokesman had no immediate information on whether there had been any arrests.

Under laws to slow the spread of COVID-19, people in England are not allowed to gather in groups of more than six. There are exemptions for political protests, but only if organizers follow guidelines to reduce the risk of the disease spreading.

Britain has suffered Europe’s highest death toll from COVID-19, with more than 41,000 deaths on the government’s preferred measure, and tests for the disease have not kept up with demand since English schools reopened this month.

Prime Minister Boris Johnson is currently considering whether to reimpose some lockdown restrictions across England.

Rising case numbers in parts of northern England have already led to local restrictions on people inviting friends to their homes, and reduced pub and restaurant opening hours.

Why Somalis are closely watching the US elections