Lebanese hunkered down indoors Thursday on the first day of a strict 11-day lockdown imposed in a bid to slow down a sharp uptick in novel coronavirus cases.

The heightened restrictions, which include a 24-hour curfew until January 25, come after some hospitals started to run out of beds to treat Covid patients.

In the capital, a trickle of trucks and cars ventured out onto the roads on Thursday, after state media reported caretaker health minister Hamad Hasan was admitted to hospital for treatment for Covid-19 the previous evening.

Under the new measures, non-essential workers are barred from leaving their homes, and supermarkets will operate delivery services only.

The restriction has raised fears of food shortages in impoverished and remote regions where deliveries are not readily available. 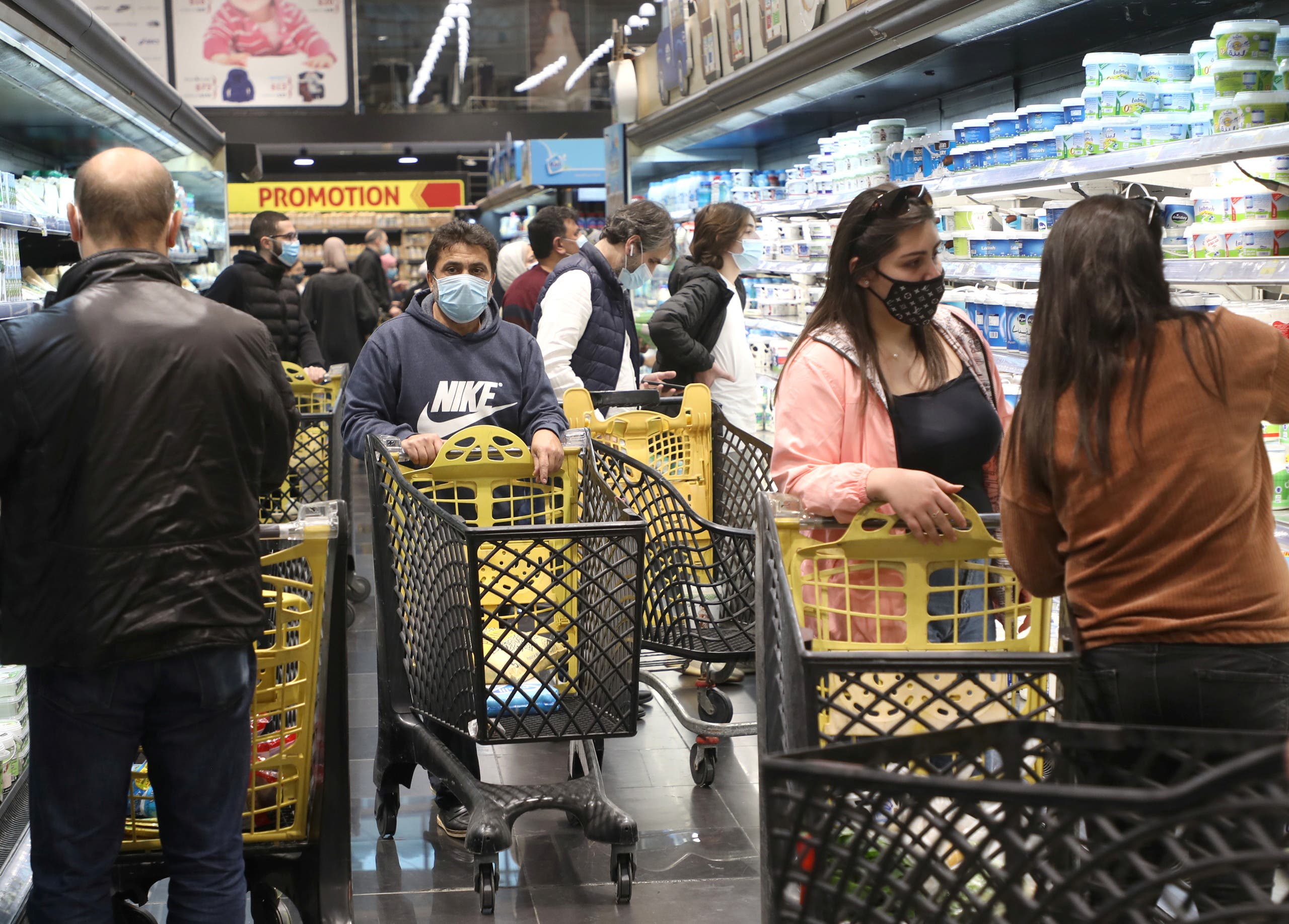 People shop at a supermarket ahead of a tightened lockdown and a 24-hour curfew to curb the spread the coronavirus disease (COVID-19) outbreak in Beirut. (Reuters)

For several days, Lebanese have flooded supermarkets and chemists in a desperate bid to stock up.

Some are worried the new restrictions will pile additional suffering on the country’s poorest.

Charity Save the Children said it accepted the need for a strict response to the coronavirus uptick, but said it was “very concerned that vulnerable families and their children will be left to deal with a catastrophe on their own”.

Lebanon, a country of more than six million, was already grappling with its worst economic downturn in decades when the pandemic hit.

Previous lockdowns have forced businesses to close and deprived daily wage earners of an income in a country where more than half the population lives in poverty.

The World Bank Group on Tuesday approved a $246 million aid package to help 786,000 vulnerable Lebanese, but it is unclear when that assistance will arrive.

Recent days have seen Lebanon register record daily Covid-19 caseloads in one of the steepest increases in transmission worldwide.In total, it has announced 231,936 cases since February last year, including 1,740 deaths.

Cases skyrocketed after authorities loosened restrictions during the holiday season, allowing restaurants and night clubs to remain open until 3:00 am, despite warnings from health professionals.

A partial lockdown in place since January 7 has failed to halt the spread of the virus.

Parliament is expected to convene Friday to examine a bill to allow the import and use of Covid-19 vaccines, which authorities have previously said will arrive in Lebanon by February.

A caretaker administration is overseeing the country’s Covid-19 response.

The government resigned after a devastating port explosion last summer, but a deeply divided political class has been unable to agree on a new cabinet to launch urgently required reforms.