Lebanon is set to extend its lockdown to curb the spread of coronavirus by two weeks until May 24 with the prime minister warning on Tuesday that a failure to comply with a gradual easing of restrictions risked a second wave of infections.
Lebanon has recorded 740 cases of the novel coronavirus and 25 deaths. The government has started to gradually ease some restrictions this week, allowing restaurants to open but at only 30 percent of their capacity.

In an apparent reference to low rates of infection, Prime Minister Hassan Diab said the general assessment was “excellent.”

But he also told a meeting of the supreme defense council on Tuesday that “citizens did not comply with the restrictions and measures that are being gradually reduced.” 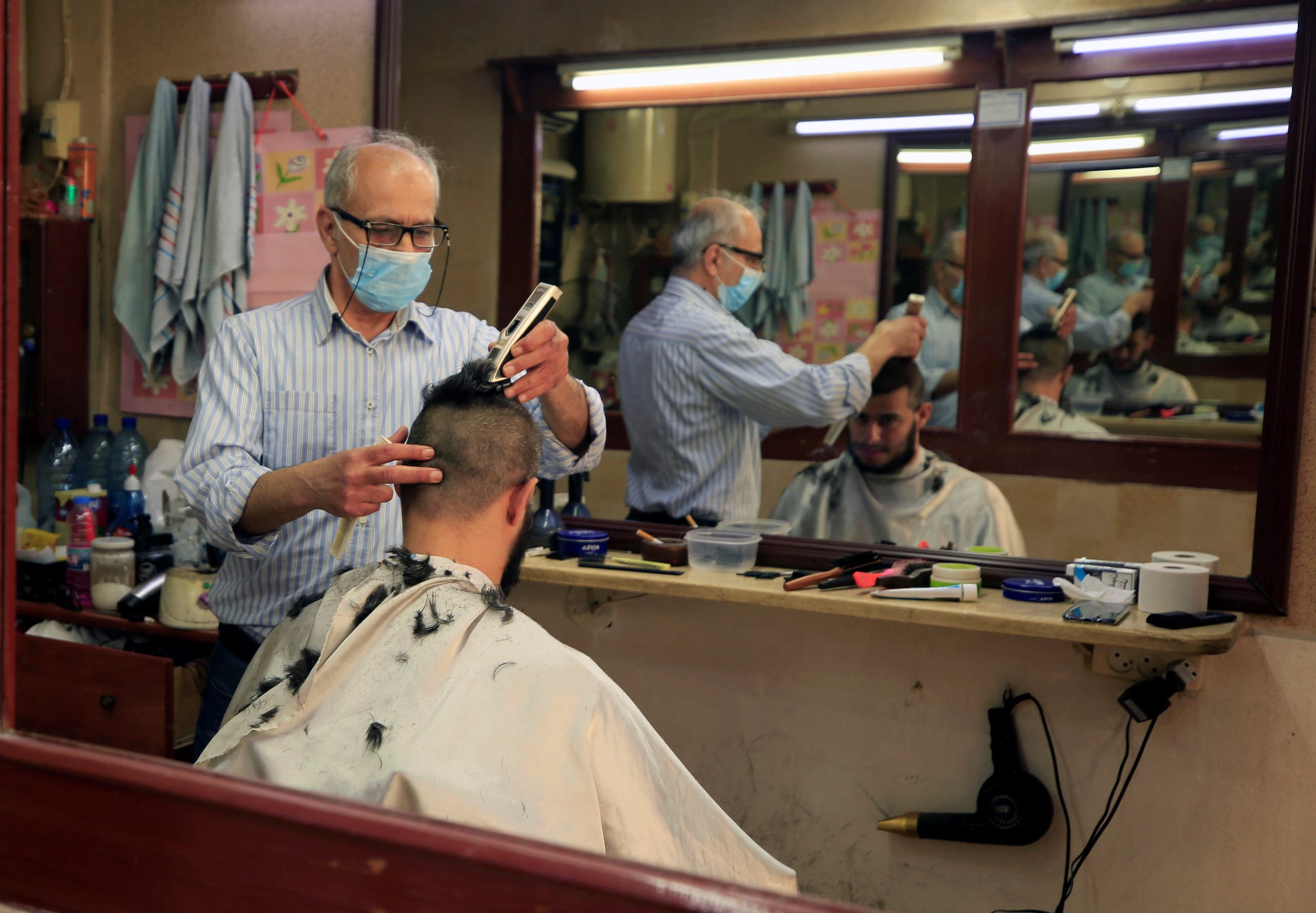 A barber wearing a protective mask shaves a customer’s head at his shop, during a countrywide lockdown to combat the spread of the coronavirus disease (COVID-19) in Sidon, Lebanon April 23, 2020. REUTERS/Ali Hashisho

This “could reflect negatively on the spread of the virus and there is a fear of a second wave which could be much harder than the first,” he said, recommending the two-week extension, according to a statement issued after the meeting.

The government is expected to formally extend the lockdown at a cabinet meeting later on Tuesday.

Economic activities would still be allowed to resume gradually under a previously defined time frame.

The security forces and army would be asked to act strictly to prevent violations.