Lebanon has recorded a jump coronavirus cases since explosions at the Beirut port rocked the capital two weeks ago, and Lebanese have set to cleaning up their city.

The caretaker Health Minister Hamad Hassan said Lebanon should be locked down for two weeks following the spike in coronavirus cases.

“We declare today a state of general alert and we need a brave decision to close (the country) for two weeks,” Hamad Hassan told Voice of Lebanon radio.

The day after the blast that destroyed vast swaths of the city, Lebanon recorded 255 COVID-19 cases – its highest single-day infection tally at the time. But a week later, the country reported 309 new cases on August 11. On Sunday, there were 439 new cases, AFP reported.

“The rapid continuous rise in the number of patients with COVID-19 in Lebanon is extremely worrisome,” Firass Abiad, the head of Rafik Hariri Hospital in Beirut said on Twitter.

Within a 15-kilometer radius of the blast, only half of the 55 medical facilities are fully operational, and around 40 percent have suffered moderate to severe structural damage, a United Nations Office for the Coordination of Humanitarian Affairs report read.

Lebanon now faces a choice between losing control completely or a total lockdown, he added.

While Abiad cautioned that a lockdown would need to be in place for at least two weeks to work, he acknowledged that Lebanon currently lacks the financial and social support to endure a lockdown.

“For public health experts, this question and its answer are obvious. Are the public & authorities ready?” his tweet said.

However, with some 47,000 apartments destroyed, and hundreds of thousands left homeless after the blasts, staying home is not an option for many who are trying to clean up the city. The government has largely been absent from the clean-up process, leaving the work to Lebanese with brooms in hand.

The country is currently in the midst of an unprecedented economic crisis, and the outbreak of coronavirus dealt a further blow to the economically collapsing country. The August 4 explosion was yet one more catastrophe the country was not equipped to deal with. 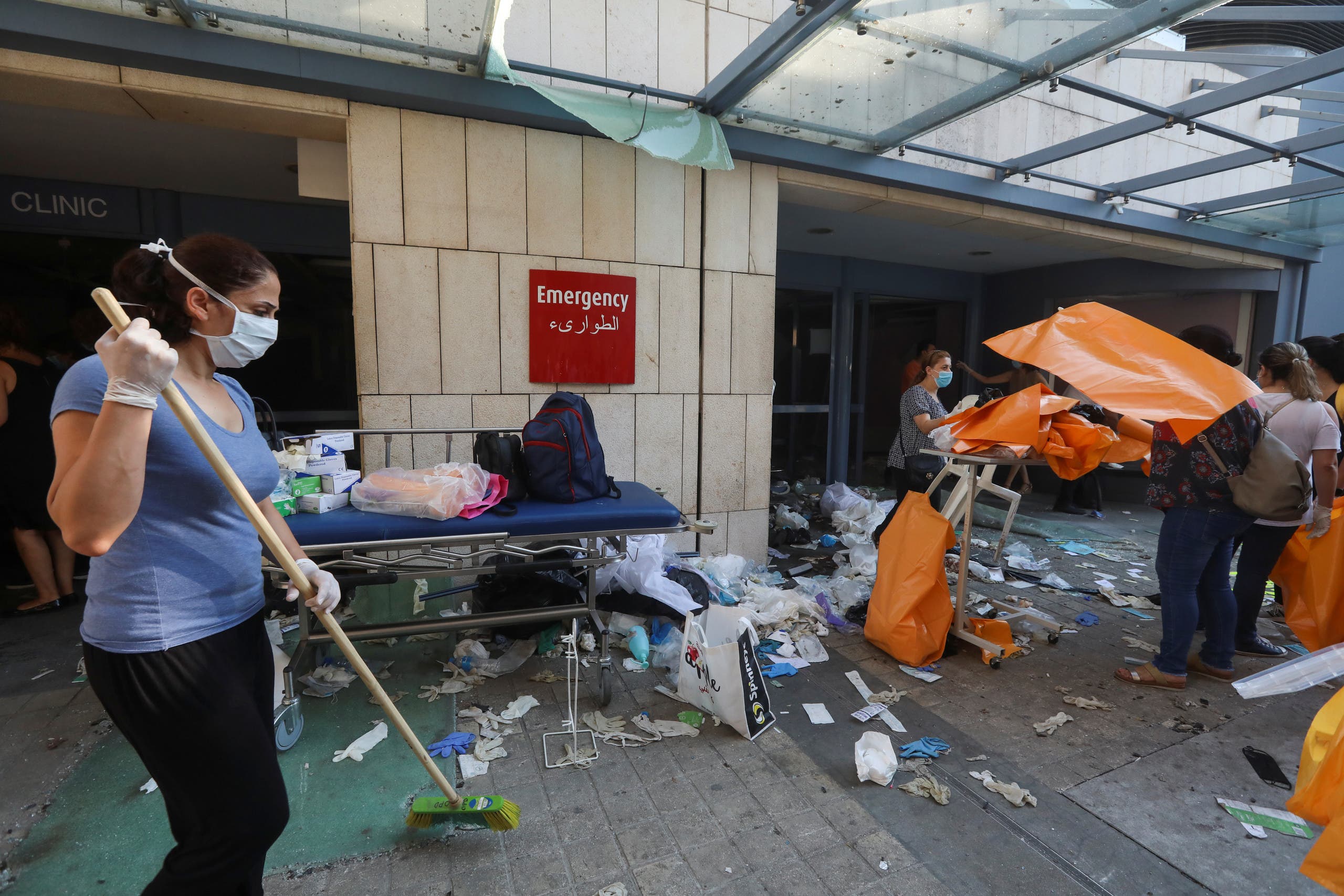 The explosion, caused by a fire that lit 2,750 tonnes of ammonium nitrate stored at the port on fire killed at least 178, injured over 6,000, and government officials suggested 300,000 were left homeless.

Why the nitrate was stored in the port for seven years remains unclear, but the government knew about its presence and for years failed to act.

Renewed protests following those of October 2019 against government corruption and negligence have broken out in Beirut, and the government, headed by Prime Minister Hassan Diab resigned last week.

“Without a lockdown, the numbers will continue to rise, overwhelming the hospital capacity. This, catastrophically, has happened elsewhere. At a later stage, the gravity of the situation will be obvious even to #Covid19 skeptics. Unfortunately, it will also be too late,” Abiad wrote on Twitter.