Italy’s health minister confirmed the country can go ahead with the plan to start allowing travel across the nation next week, even as some local governors oppose letting people from the hard-hit Lombardy region move freely.

Data on the spread of the virus is improving and allows for the reopening among regions, Health Minister Roberto Speranza told newswire Ansa. The announcement came after a late night meeting with Prime Minister Giuseppe Conte and various coalition party representatives and ministers.

The government and regional governors have been at loggerheads over the fate of citizens from Lombardy, Italy’s richest and most populous region located around Milan and the epicenter of one of Europe’s worst virus outbreaks. Some regional authorities, including the governor of the Naples region, Campania, have threatened to close their borders to people coming from Lombardy once free travel within Italy restarts.

“The trend is good almost in all the regions, which shows that the effects of the lockdown were extremely positive, Giovanni Rezza, head of prevention at the health ministry, said in video comments about virus monitoring data on Friday. 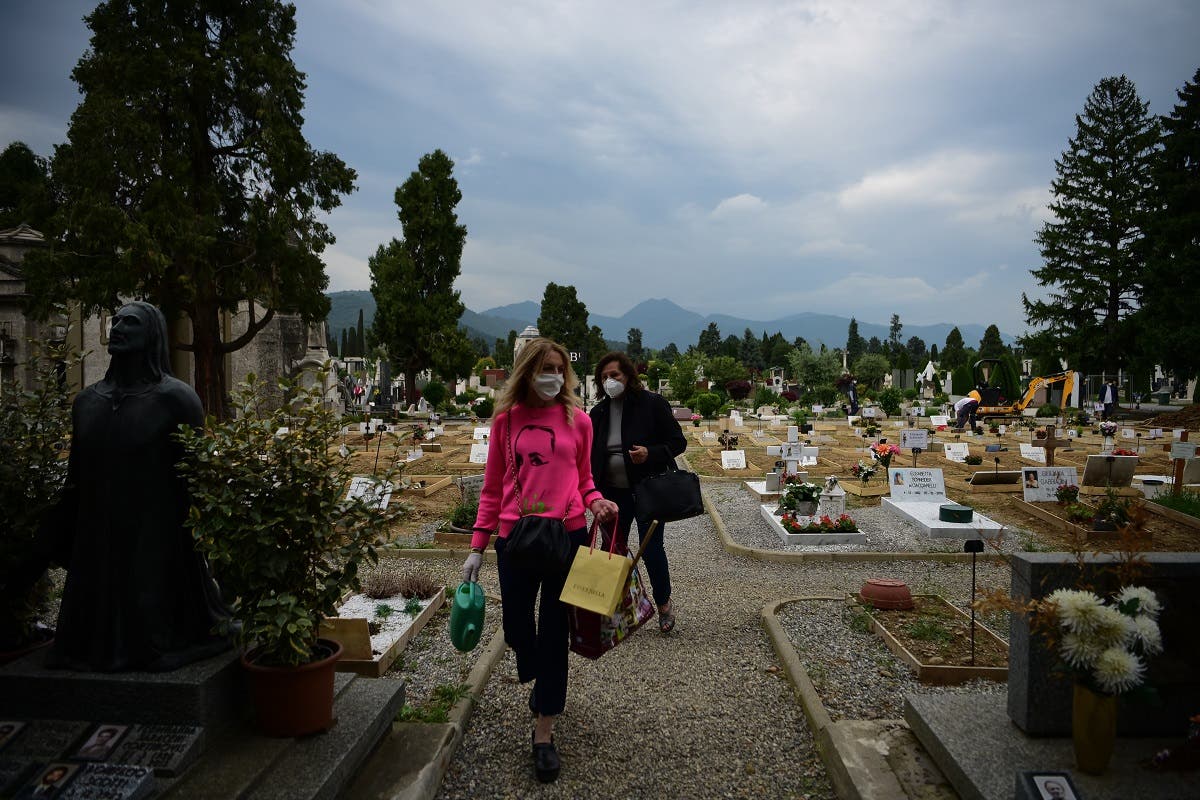 People walk across the Monumental Cemetery of Bergamo, Lombardy, a day after it reopened on May 19, 2020 as the country’s is easing its lockdown. (AFP)

Though new virus cases continue to decline, Lombardy still has the highest ratio of new cases per 100,000 people, according to data published by the health ministry on the May 18-24 period, after lockdown measures were eased further.

A total of 33,229 fatalities have been reported in Italy since the start of the pandemic in February, most of them in northern Italy and 16,012 of them in Lombardy.

Meanwhile the governor of Lombardy, Attilio Fontana, said last week he’d been given a police escort after growing criticism of his handling of the virus crisis.