Israel on Sunday opened a new coronavirus treatment facility co-run by the army’s medical corps, an unprecedented move for the military unit, aimed at bolstering an embattled healthcare system.

Israel currently has one of the world’s highest daily coronavirus infection rates per capita, with the number of seriously ill patients steadily rising.

The army-backed unit at the Rambam Hospital in the northern city of Haifa includes a control room where patients are monitored via video and an underground coronavirus ward that used to be a car park.

Avi Weissman, deputy manager at the hospital, said the army’s intervention would allow Rambam to restore services cut due to the increasing coronavirus workload.

He said that with the help of the army “we will be able to free up Rambam personnel (to go back) to regular floors.”

The pandemic marks the first time the unit has worked inside a civilian hospital, said Ariel Furer, head of the army’s COVID-19 department.

“We understand that the times are very difficult. The pandemic is here to stay,” he told AFP.

The new coronavirus ward was initially build as an underground medical facility before being converted to a car park, which has been reconverted to receive patients as COVID-19 cases surge.

It currently has roughly 60 patients but could accomodate up to 800 if the epidemic in Israel continues to escalate, Weissman said.

One coronavirus patient, 56-year-old Felix Winitsky, told AFP that his whole family had contracted COVID-19 and that his father died from the virus 10 days ago.

“Until now I thought that corona was not a big deal,” he said. “But when it touches you, it’s a very difficult disease.” 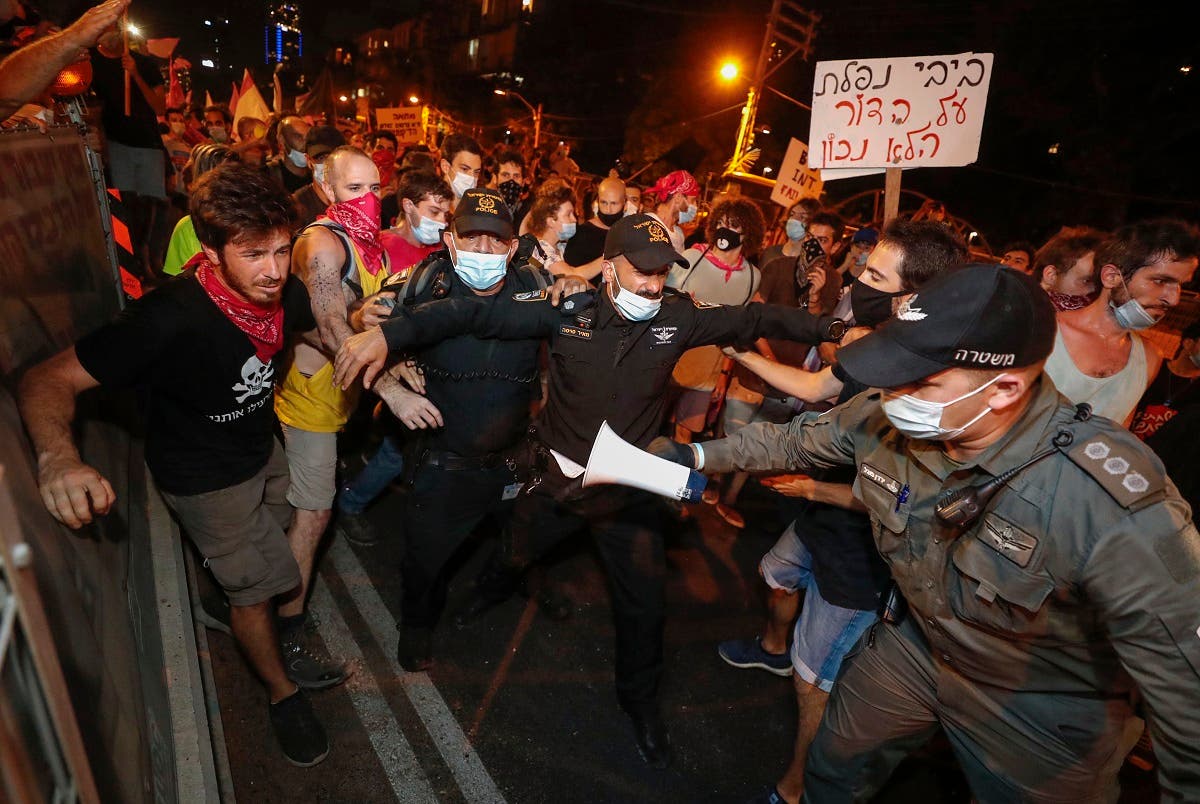 Israeli security officers try to block protesters during a demonstration against PM Netanyahu in the coastal city of Tel Aviv, October 10, 2020. (AFP/Emmanuel Dunand)

Israeli Defense Minister Benny Gantz, at Rambam for the unit’s opening, said the army “was working on closing the gaps that have formed within a good public healthcare system that has been neglected for a decade.”

That criticism of Gantz’s former election rival Prime Minister Benjamin Netanyahu echoes comments from independent experts who accuse the premier of not prioritizing healthcare since taking office in 2009.

Israel, a country of about nine million people, has recorded more than 290,000 coronavirus cases, including 1,956 deaths.