Israel could begin overcoming the COVID-19 crisis after fully vaccinating a third of its population, an official said on Sunday, indicating it would take some weeks more than previously thought.

Launching what has become the world’s fastest vaccine rollout on Dec. 19, Prime Minister Benjamin Netanyahu set protecting Israel’s most vulnerable cohorts – around 24 percent of 9 million citizens – as the benchmark for a possible reopening of the economy in February.

But a projected mid-January turnaround in curbing the spread of the illness did not transpire. Despite a third national lockdown, cases and deaths have surged among the part of the population that has not yet been vaccinated. Officials blame this on highly communicable foreign variants of the coronavirus.

Asked when he now anticipated a turnaround, Deputy Health Minister Yoav Kisch said: “Our goal is to achieve 5.5 million (fully vaccinated citizens) and I reckon that the moment we cross the 3-to-3.5 million (mark) you will already see change.”

“Everything that the prime minister predicted will happen, possibly with a few weeks’ delay,” he told Kan public radio. 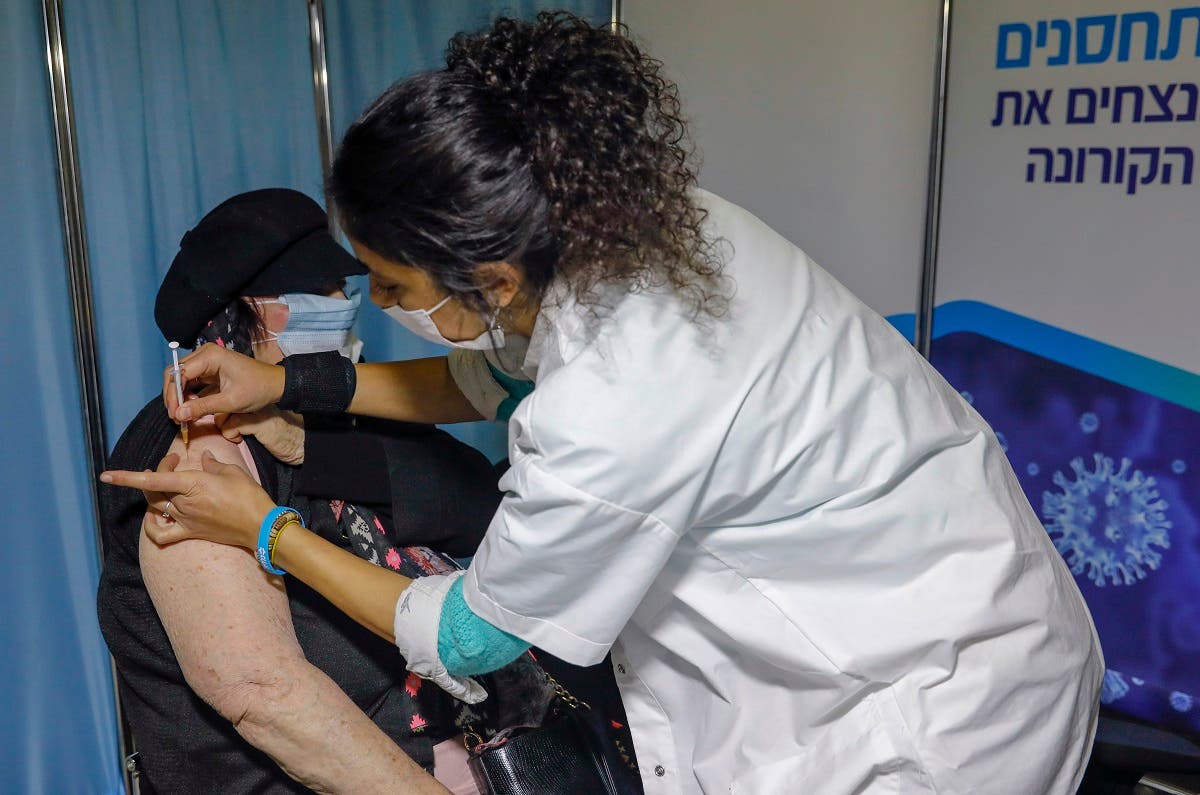 In this file photo taken on January 14, 2021, an Israeli healthcare worker administers a COVID-19 vaccine to a woman at the Kupat Holim Clalit clinic in Jerusalem. (Ahmad Gharabli/AFP)

As of Saturday, 1.7 million Israelis had received the second dose of the Pfizer vaccine more than a week prior, achieving the maximum 95 percent protection, the Health Ministry said.

Around another 1.3 million had either received one dose and were awaiting the second or had received the second dose within the last week and so were not yet designated as fully vaccinated.

The conservative Netanyahu is up for reelection on March 23.

He wants to extend the lockdown, which is due to expire on Sunday night, but faces opposition from his coalition partner and political rival, Defense Minister Benny Gantz.

Israel’s inoculation program does not extend to the approximately 5.2 million Palestinians in the West Bank and Gaza Strip, where local authorities are organizing their vaccination program separately.

Coronavirus: Israel to shut down on weekends due to COVID-19 surge