After sprinting ahead in the race to inoculate its population against the coronavirus, Israel has struck a deal with Pfizer, promising to share vast troves of medical data with the international drug giant in exchange for the continued flow of its hard-to-get vaccine.

Proponents say the deal could allow Israel to become the first country to vaccinate most of its population, while providing valuable research that could help the rest of the world. But critics say the deal raises major ethical concerns, including possible privacy violations and a deepening of the global divide that enables wealthy countries to stockpile vaccines as poorer populations, including Palestinians in the Israeli-occupied West Bank and Gaza, have to wait longer to be inoculated.

Prime Minister Benjamin Netanyahu — who is stumping ahead of the country’s March elections as Israel’s vaccinator-in-chief — said earlier this month that he reached the deal with Pfizer’s chief executive to speed up vaccine deliveries to Israel. 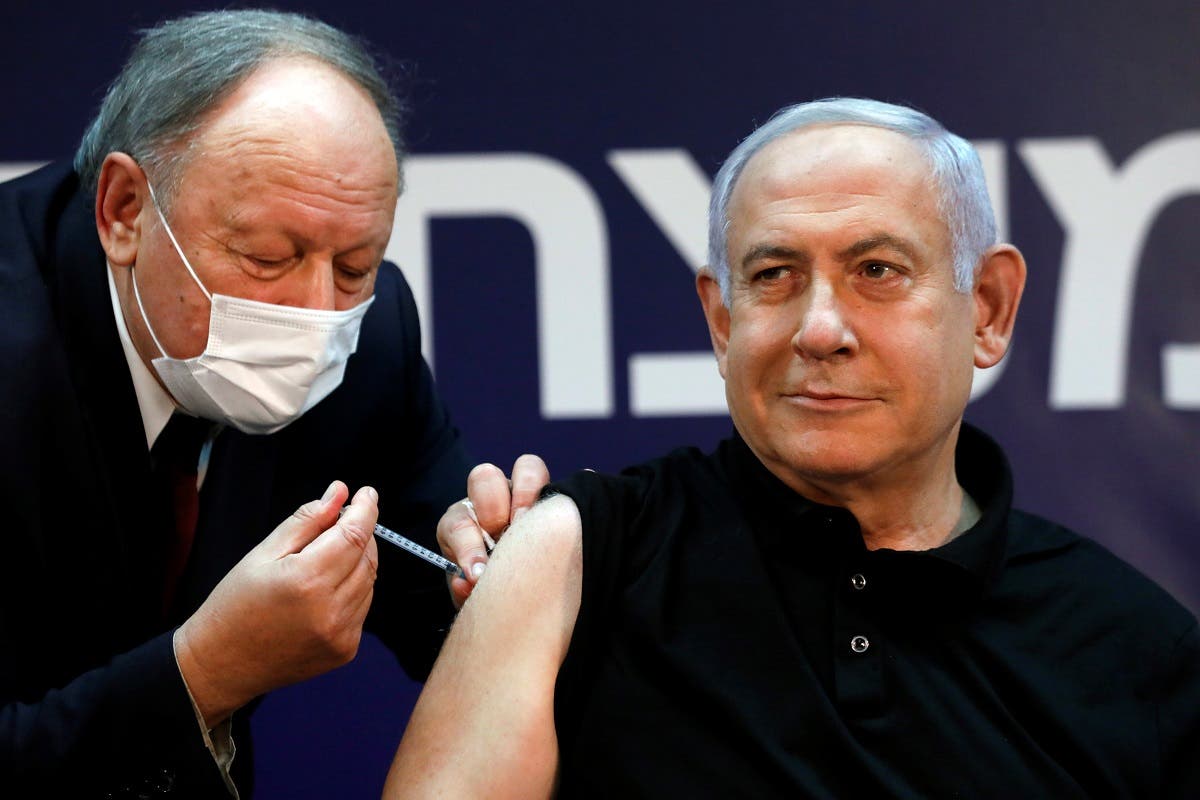 “Israel will be a global model state,” he said. “Israel will share with Pfizer and with the entire world the statistical data that will help develop strategies for defeating the coronavirus.”

Israeli Health Minister Yuli Edelstein told The Associated Press the government will turn over data to “see how it influences, first of all, the level of the disease in Israel, the possibility to open the economy, different aspects of social life, and whether there are any effects of the vaccination.”

Pfizer’s vaccine, developed with German partner BioNTech, has received emergency approval from the US Food and Drug Administration and the European Union’s regulatory agency and is believed to provide up to 95 percent protection against COVID-19. But much remains unknown, including its long-term protection and whether it can prevent transmission of the virus.

Israel, home to some 9.3 million people, is considered an ideal place for studying these questions. Its mandatory universal health care is provided by four publicly funded HMOs with meticulously digitized medical records. This centralized system has helped Israel administer more than 2 million doses of the vaccine in under a month. Israel has also purchased doses of the Moderna and AstraZeneca vaccines.

The Health Ministry has recorded over 543,00 cases since the beginning of the pandemic and nearly 4,000 deaths. Israeli officials say they aim to have most of the country vaccinated by the end of March. 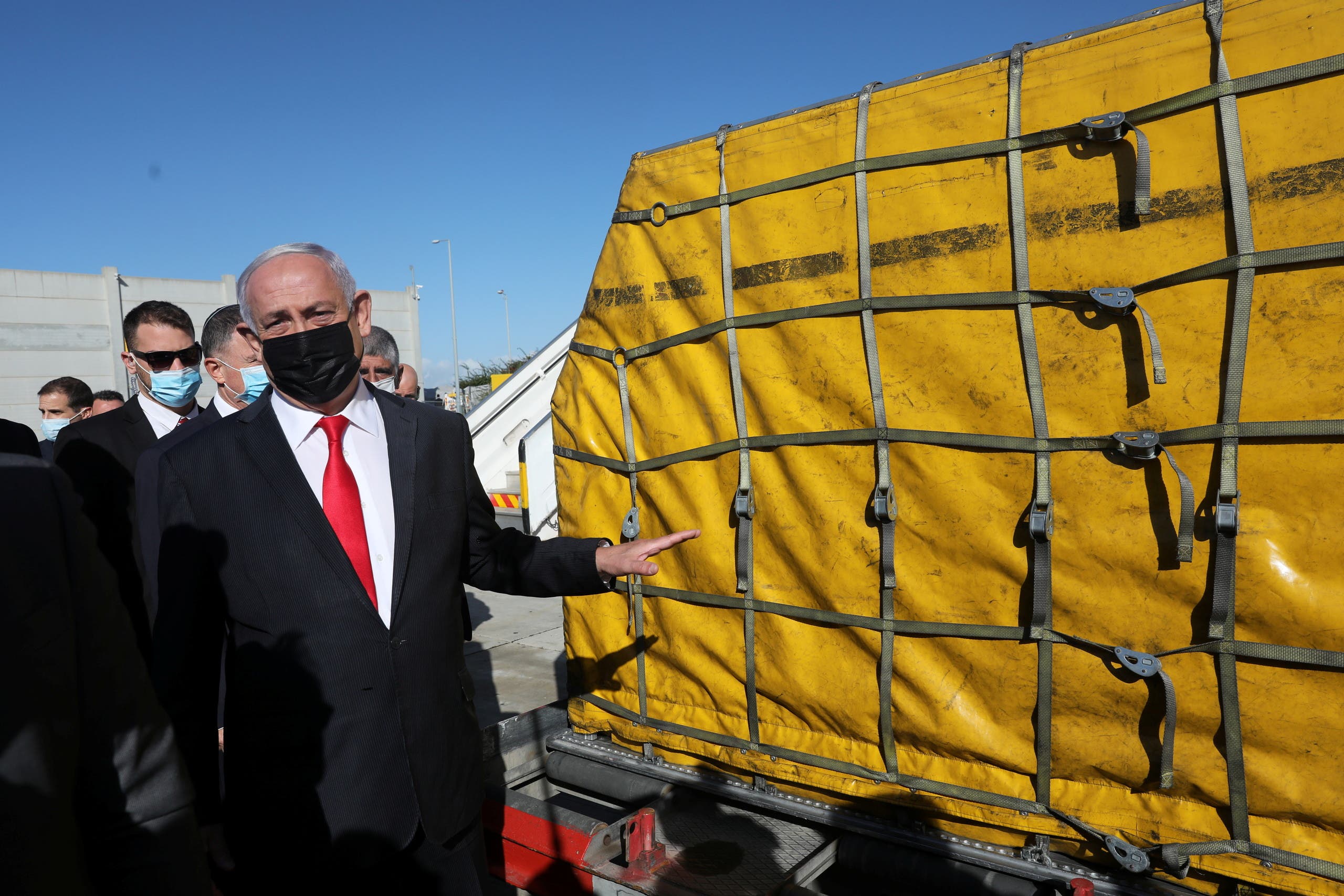 But the exact quid pro quo between Israel and Pfizer is unclear, even after a redacted version of the agreement was released by the Israeli Health Ministry on Sunday.

Neither Israel nor Pfizer would say how much Israel has paid for the vaccines, though Edelstein called it a “classical win-win” for both sides. Israeli media have reported that Israel paid at least 50 percent more than other countries. The data is reportedly being shared with the World Health Organization, but the global body did not respond to repeated requests for comment.

Earlier this month, the head of the WHO appealed to drugmakers and wealthier countries to “stop making bilateral deals,” saying they hurt a UN-backed effort to widen access. Tedros Adhanom Ghebreyesus did not single out any countries or companies.

Last week, Dr. Siddhartha Datta, WHO Europe’s program manager for vaccine-preventable diseases and immunization, said the agency is trying to collect “disaggregated” data — based on age, gender, local area, employment and other factors — and reporting on any safety issues as the vaccines are deployed.

Israel had already announced the acquisition of millions of vaccine doses before the Pfizer deal was announced. It’s unclear how the quantity or pace of deliveries has changed, or whether the vaccines have been diverted from other countries.

The arrangement has drawn attention to the unequal distribution of vaccines between rich and poor nations. A recent estimate from the International Rescue Committee said that the WHO’s global COVAX campaign is likely to vaccinate only 20 percent of the world’s lower-income countries by the end of 2021.

“This is a shady, under-the-table deal that preferences certain countries over others without any transparency,” said Lawrence Gostin, a professor of global health law at Georgetown University in Washington. “In the end, it’s going to be low- and middle-income countries that are going to be left behind.”

Dr. Nadav Davidovitch, head of the school of public health at Israel’s Ben Gurion University and an adviser to the government on coronavirus policy, said the deal has raised troubling concerns about the deepening disparity of vaccination efforts.

“In order to eradicate COVID-19 or at least control it in an efficient manner, we need to see the global picture,” Davidovitch said.

That disparity is particularly striking in the case of Israel and Palestinians in the West Bank and Gaza Strip, who live under varying degrees of Israeli control and have yet to receive any vaccines.

While vaccinating its own Arab citizens and Palestinian residents of Israeli-annexed east Jerusalem, Israel says it is not responsible for inoculating the Palestinians. Edelstein said Israel will consider helping once it takes care of its own citizens. 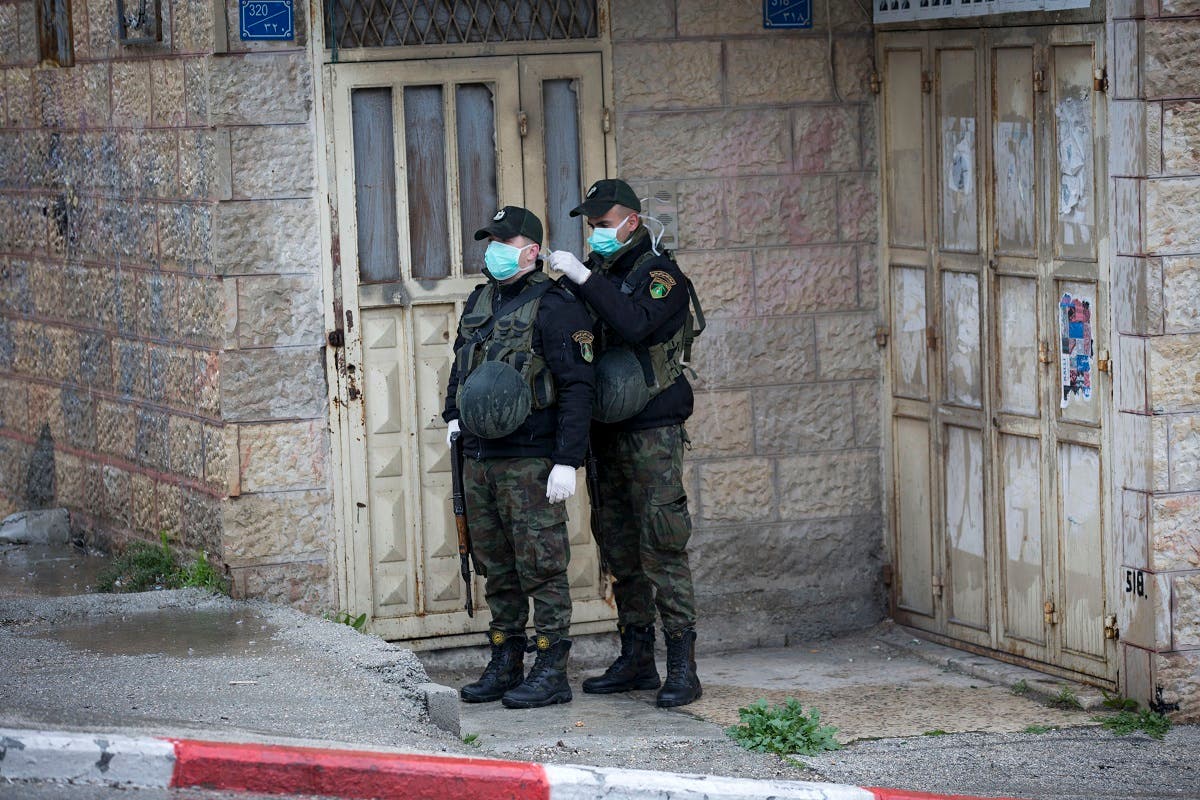 Members of Palestinian security forces wear masks as they stand guard outside a hotel which staff tested positive for coronavirus in Bethlehem, West Bank, Palestine (AP)

But the Palestinians and major human rights groups say Israel remains an occupying power and is responsible for providing them vaccines. Palestinian Prime Minister Mohammad Shtayyeh recently accused Israel of “racism” but has not publicly requested vaccines.

With tens of thousands of West Bank Palestinians working in Israel and its West Bank settlements, experts say Israel should share vaccines on ethical and practical grounds.

“I truly think that we need to see how we get the vaccine for the Palestinian Authority,” said Davidovitch, acting chairman of Israel’s association of public health professionals. “We are talking about it with the minister of health, and I really hope that soon this thing will be solved.”

It’s also uncertain exactly what information is being shared with Pfizer. According to the redacted agreement, “no identifiable health information” shall be shared, and the research is to be published in a recognized medical journal.

It said Israel will provide weekly data to Pfizer about various age and demographic groups. The objective, it said, is to “analyze epidemiological data arising from the product rollout, to determine whether herd immunity is achieved after reaching a certain percentage of vaccination coverage in Israel.”

The data, it added, is “aimed at helping end the global COVID-19 pandemic for the benefit of all patients inside and outside of Israel.”

Privacy Israel, an advocacy group that had petitioned the government to disclose the deal, welcomed its release but said certain questions remained unanswered, mostly about the handling and security of private information. It also blacked out certain details, such as key dates and the names of officials involved. Still, it said there is a “little more certainty” about sharing information with a global corporation.

Tehilla Shwartz Altshuler, an expert in digital privacy at the Israel Democracy Institute, questioned the ethics of a deal that could bring millions in profits to Pfizer. She also said sharing large quantities of information could still potentially put individuals’ privacy at risk, even if it’s supposedly made anonymous. 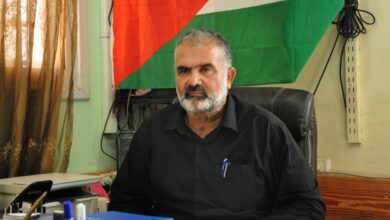