Italy cannot afford to return to normality after the coronavirus emergency but should turn the crisis into an opportunity to reform the country, Prime Minister Giuseppe Conte said on Saturday.

“This is the time to work on a clear project to come out of the crisis,” Conte said in the opening speech of a nine-day policy consultation in Rome.

“We must take advantage [of the situation] to turn the crisis into an opportunity, and remove all the obstacles that have slowed [Italy] down,” he added.

Conte said his coalition government was preparing a plan of reforms to simplify bureaucracy, push digital investments and green energy, improve education, support the poorest and bring
more women into the workforce. 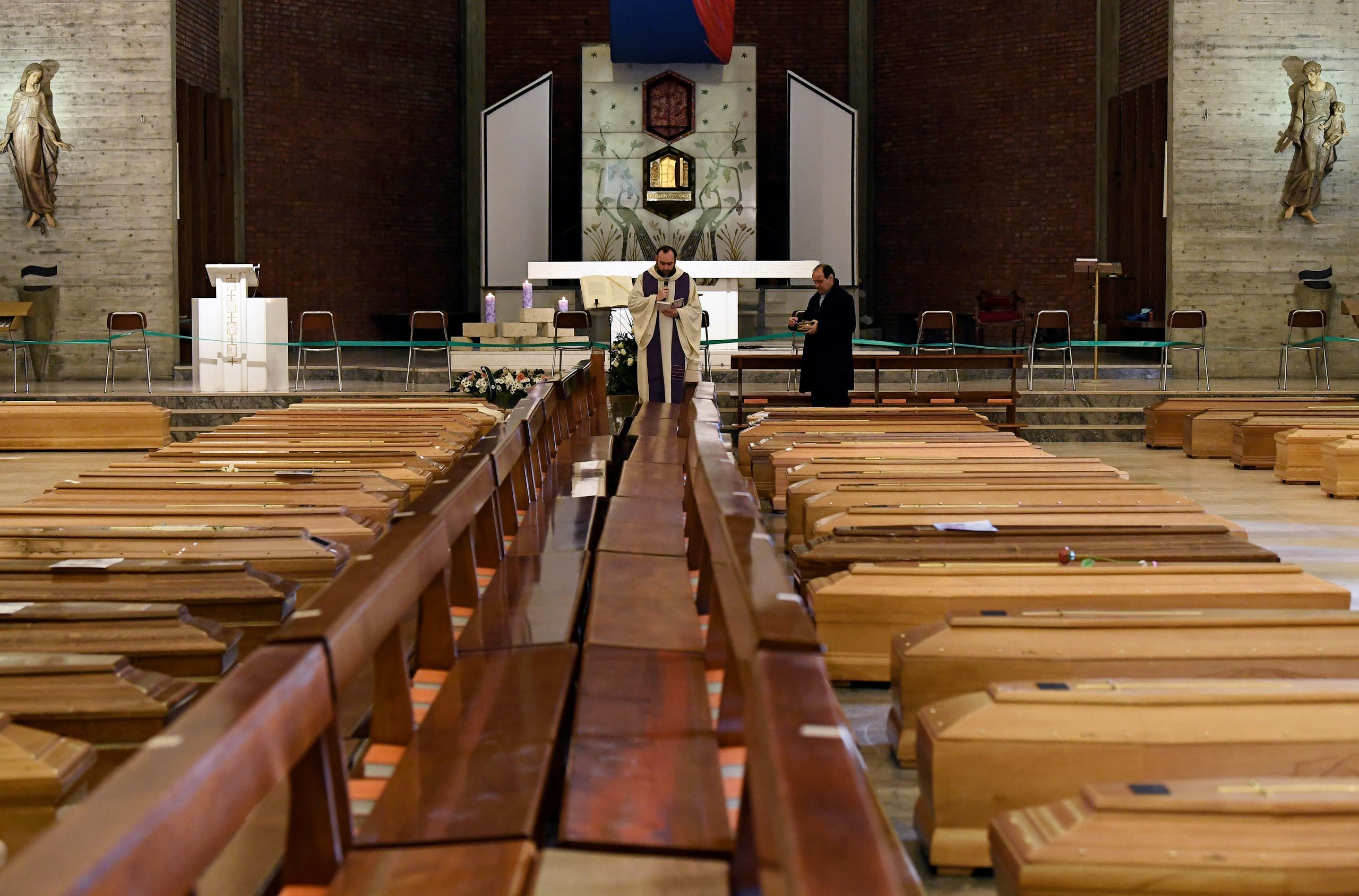 A local priest blesses coffins that have been piling up in a church due to a high number of deaths, before they are taken away by military trucks, as Italy struggles to contain the spread of coronavirus disease (COVID-19), in Seriate, Italy March 28, 2020. (Reuters)

Italy’s government expects the national economy to contract by at least 8 percent this year. The country is among the worst-hit by the coronavirus in Europe, having reported more than 236,000 cases and more than 34,000 deaths.

“As we invest to shape the economy of the future, we must also work on ambitious reforms… Reforms will lead to recovery. And reforms need your leadership and ownership,” von der Leyen
said.

The Commission has proposed a 750-billion euro recovery fund to help kickstart growth on the continent, which will be debated by EU leaders next week.

Italy is set to be the largest beneficiary, based on the Commission’s proposed criteria for distributing the cash, expecting some 170 billion euros from the new fund.

Von der Leyen said that “with the right reforms”, Italy can make the most of the EU funds, pointing to promises made by Conte to cut red tape, reform the country’s tax system and deliver a more effective judicial system.

The EU also wants guarantees that countries will spend EU money in line with the bloc’s priorities to shift to a greener economy and improve digital infrastructure.

Iraq to cut Basra oil exports in half in July: Agent