Iran has registered 251 new COVID-19 deaths in the past 24 hours, a record daily toll, the health ministry said on Sunday, as the total number of identified cases rose above 500,000 in the worst-hit country in the Middle East.

Ministry spokeswoman Sima Sadat Lari told state TV that the latest toll took the total death toll to 28,544. There were 3,822 new cases, with the total number of identified cases to date reaching 500,075, she added.

Meanwhile, Iran plans to make mask-wearing mandatory in public in other large cities after imposing it in Tehran to fight rising coronavirus infections, the health minister said on Sunday, as the country’s nuclear chief became the latest official to be infected.

Mask-wearing became mandatory in public in the capital on Saturday and President Hassan Rouhani announced that violators would be fined, as the country battles a third wave of coronavirus infections.

“We have asked the police and the basij (paramilitary volunteers) and other agencies to help us .. fight violations more severely,” Health Minister Saeed Namaki said.

“It has been decided that this action would start from Tehran and will be extended to other large cities in the coming weeks,” Namaki said in remarks carried by state television. 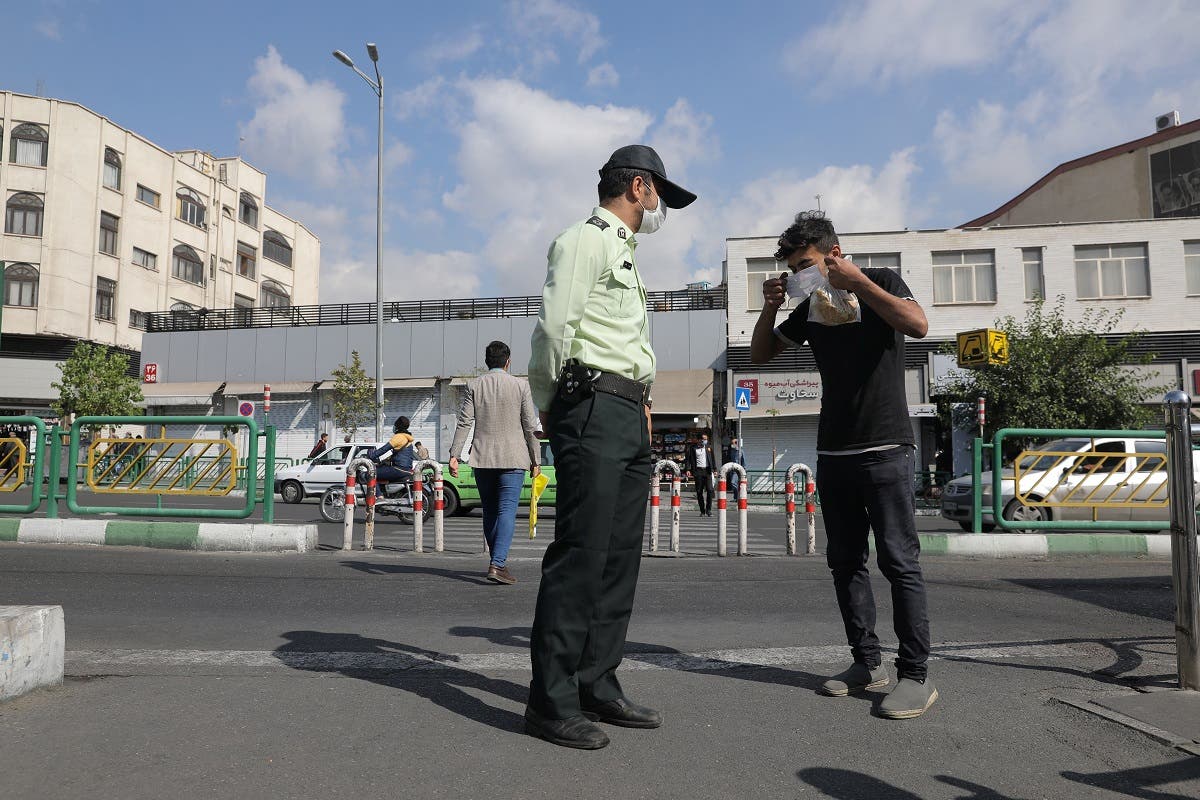 A police officer advises an Iranian man to wear a face mask following the outbreak of the coronavirus disease in Tehran. (Reuters)

Meanwhile Iranian media reported that Ali Akbar Salehi, head of the Atomic Energy Organization of Iran, had tested positive for COVID-19 but that “his general condition is good and he continuously monitors the issues of the organization.”

On Saturday, Mohammad-Baqer Nobakht, a vice president in charge of economic planning, said he had tested positive for the coronavirus.

Two other vice presidents had been infected earlier and at least two senior officials have died of COVID-19.

Masks have been compulsory in indoor public spaces since July.

Schools, mosques, shops, restaurants and other public institutions in Tehran closed for a week on Oct. 3 in an effort to curb the spread of the virus. The city’s governor extended the closure on Friday for another week.

The United States slapped fresh sanctions on Iran’s financial sector on Thursday. Tehran has accused Washington of undermining its ability to pay for basic necessities during the pandemic.