India’s government had not banned the export of any vaccines for COVID-19, the health ministry said Tuesday, days after the head of the world’s largest vaccine manufacturer said it got emergency authorization to produce the shots as long as it didn’t send them overseas.

Adar Poonawalla, chief executive of Serum Institute of India, told The Associated Press in an interview on Sunday that the company got the green light for its version of the AstraZeneca/Oxford University vaccine on the condition that it not export shots to ensure that vulnerable populations in India are protected.

AstraZeneca contracted Serum Institute of India to manufacture 1 billion doses for developing nations. That vaccine and another developed by Indian company Bharat Biotech were granted licenses for emergency use by Indian regulators on Sunday.

India’s health ministry said at a news briefing on Tuesday that no agency of the federal government had banned exports.

“The Union government hasn’t banned the export of any one of the COVID vaccines. That is something that should be absolutely clear,” said Rajesh Bhushan, the ministry’s top official.

Vaccines can be sent to any country for their immunization programs, and the restrictions are only on private markets, a Serum Institute of India spokesman told the AP.

Earlier on Tuesday, Poonawalla wrote on Twitter that “exports of vaccines are permitted to all countries.” 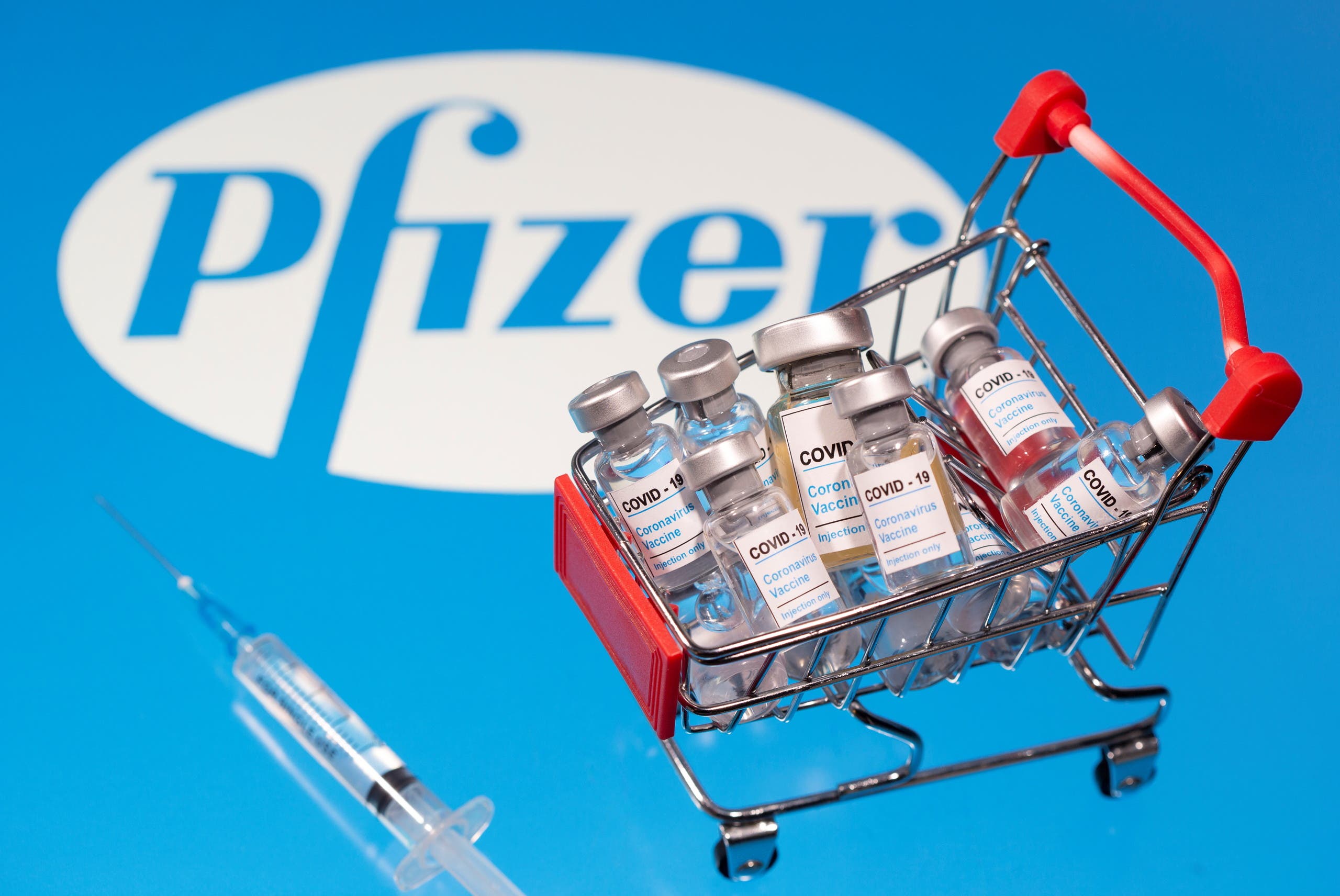 A small shopping basket filled with vials labeled COVID-19 – Coronavirus Vaccine and a medical sryinge are placed on a Pfizer logo in this illustration taken November 29, 2020. (Reuters)

Serum Institute of India also issued a joint statement with Bharat Biotech, stating their “combined intent to develop, manufacture and supply the COVID-19 vaccines for India and globally.”

“We are fully aware of the importance of vaccines for people and countries alike, we hereby communicate our joint pledge to provide global access for our COVID-19 vaccines,” it said.

India plans to start vaccinations next week. By August 2021, the country is aiming to vaccinate 300 million people, including health care workers, front-line staff such as police, and those considered vulnerable due to their age or other diseases.