Millions of people in rural India will be allowed back to work next week despite a nationwide coronavirus lockdown, the government said Wednesday, as it conceded the hardships of shutting its vital farming economy were too great.

Restrictions on movement in the world’s second-most populous nation of 1.3 billion people — put in place in late March — have hit the poorest the hardest, including rural migrant workers and other labourers.

In cities and towns, usually bustling streets are deserted and shops shuttered, while jobless migrants who did not manage to make the long journey home to villages, often on foot, are living in crowded shelters in cities.

The lockdown has also taken place during the harvest season, with farmers worried their reaping and sowing cycles will be severely disrupted and place further pressure on India’s food supply chain — already hit by transport delays. 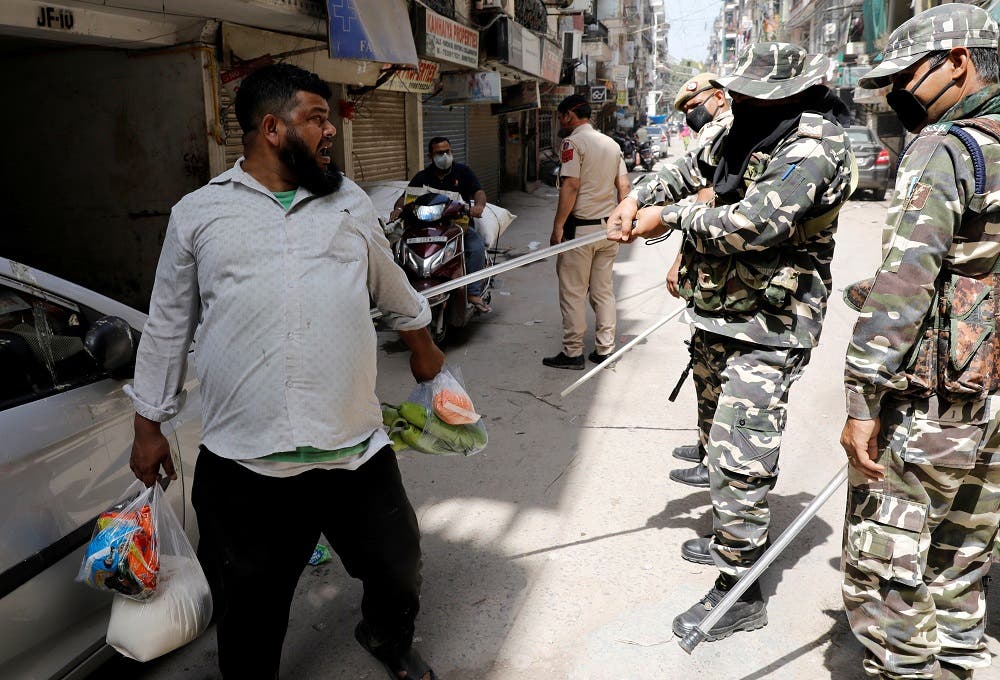 Police officers wield their batons against a man as a punishment for breaking the lockdown rules after India ordered a 21-day nationwide lockdown. (Reuters)

“To mitigate hardship to the public, select additional activities will be allowed,” the Home Affairs Ministry said.

“The revised consolidated guidelines are aimed at operating those sectors of the economy which are critical from the perspective of rural and agricultural development.”

Under the new guidelines to be implemented from April 20, agriculture and related sectors including farmers’ markets, logistics, repair shops and brick kilns will be restarted.

Strict measures will be enforced, including the wearing of face masks or coverings.

Some factories such as manufacturing will also be re-opened but staffing will be limited and working hours staggered.

Factory owners are required to try and provide dormitories for workers or arrange special transport to and from the plants.

Refineries, coal production and some construction will also be permitted.

US House votes to restrain Trump’s actions against Iran