The incubation period for the deadly coronavirus could be as long as 24 days, according to a study led by Zhong Nanshan, an expert on respiratory infections and the head of the health commission team investigating the outbreak.

The incubation period is the time it takes between being exposed to a virus and symptoms appearing. Previously, medical experts said that coronavirus, also known as corona, had an incubation period of between two and 14 days.

But the study, published on Sunday, revealed that the incubation period is between three and 24 days, meaning that more people may have coronavirus without visible symptoms than previously thought.

The lethal virus has killed more than 900 people and infected more than 40,600 people globally. The death toll for the coronavirus has surpassed the 774 fatalities from the outbreak of severe acute respiratory syndrome (SARS) in 2002-2003.

Several countries have halted all flights arriving from Chinese cities, and have started taking precautionary measures to prevent the virus from spreading.

In its daily update, Hubei’s health commission confirmed an additional 3062 new cases in the central province, where the outbreak emerged in December.

China reported an additional 3062 cases of #Coronavirus for the end of February 9th, with 2618 inside of Hubei and 444 for the rest of the country #China #Wuhan 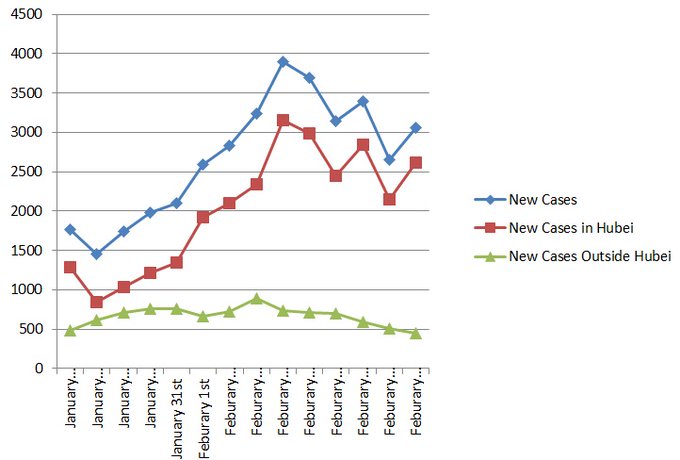