North Korea has not reported a single case of the coronavirus since the outbreak was first detected in neighbouring China in late December, but health experts say infections may be going undetected in the impoverished country – where an outbreak could be “much more lethal”.

The virus, known as COVID-19, has infected 75,000 people and killed more than 2,000 globally. It has spread to two dozen countries, including Pyongyang’s southern neighbour, South Korea, which has reported more than 100 cases.

But the official Rodong Sinmun newspaper, citing the government on Tuesday, insisted there were no confirmed cases so far in the nation of 25 million. The World Health Organization (WHO) backed that statement on the same day, with a senior official telling reporters in Geneva “there are no signals … no indications” of coronavirus in North Korea.

State media, meanwhile, showed images of workers clad in protective suits disinfecting public spaces and undertaking programmes in which health workers educated the public on the dangers of the virus.

And in a bid to limit the spread of the virus, Supreme Leader Kim Jong Un’s government has effectively halted all flights and trains to China, imposed screening for anyone coming into the capital, and subjected all foreigners, including diplomats and aid workers, to a month-long quarantine – twice the length imposed by many other countries.

North Korea has also closed its 1,500km-long land border with China, a country that accounts for about 90 percent of trade with Pyongyang, and the International Federation of Red Cross has sent 500 volunteers to the border areas to help with screening for infections.

But despite these measures, one South Korean media outlet that covers North Korea says several people who exhibited symptoms similar to the coronavirus infection, known as COVID-19, have died in recent days. Those reports could not be independently confirmed.

One former diplomat who defected to South Korea in 2016 has also questioned the government’s official figures, noting international agencies were unlikely to be able to verify data because of restrictions on their movement.

Kim’s government maintains a vice-like grip on people and information in the country.

Meanwhile, more than 200 cases have been reported in the two Chinese provinces bordering North Korea. The relative frequency of Chinese visitors entering through this border, both legally and illegally, and Beijing’s initial slow response to raise the alarm, have compounded fears the virus may have spread to North Korea.

“There is a thriving black market network up on the North Korean/Chinese border,” said Nicholas David Thomas, an associate professor at City University of Hong Kong and a specialist in health security in Asia. “And so all you need is one infected person to be smuggled in or smuggled out … and either state wouldn’t immediately know.”

If the virus did gain a foothold in North Korea, analysts said it could spread swiftly as medical facilities outside of the country’s capital are ill-equipped. Such a development would endanger a population that is already suffering from poor health and malnutrition.

“If (coronavirus) got into North Korea, where there are a lot of other underlying deficiencies and lacking healthcare, the death rate would go up quite a bit,” said Dr John Linton, the director of the International Health Care Center at Yonsei University in South Korea.

“With their general population suffering from malnutrition, it would be much, much worse than China.”

About 11 million citizens – 43 percent of the population – in North Korea are undernourished, and food insecurity is widespread, according to the United Nations. Many in the provinces are also plagued by shortages of clean water.

In 2019, North Korea ranked last out of 195 countries on its ability to rapidly respond to and mitigate the spread of an epidemic, according to the Global Health Security Index published by US-based John Hopkins University, while ranking 193 overall on its health security and capabilities. 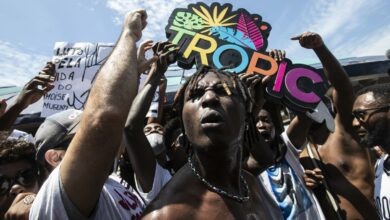