Appearing before the cameras, sweating profusely and coughing, the man leading Iran’s response to the new coronavirus promised it was of no danger to his country.

“Quarantines belong to the Stone Age,” Iraj Harirchi insisted. A day later, he was in quarantine from the virus.

Harirchi’s story is a microcosm of what has happened in Iran in the pandemic. Roughly nine out of 10 cases in the Middle East come from the Islamic Republic, which has reported nearly 15,000 infections and 853 deaths amid fears that cases may still be underreported. While most infected people recover, the virus spreads rapidly and can kill the elderly and those with breathing problems or other underlying illnesses.

Spinning out of control

Days of denials gave the virus time to spread in Iran as it marked the 41st anniversary of the 1979 Islamic Revolution with rallies and then held a parliamentary election in which authorities desperately sought to boost turnout.

Although Iran has one of the Mideast’s best medical systems, its hospitals appear overwhelmed and authorities have asked for 172 million masks from abroad. It also has asked the International Monetary Fund for $5 billion, the first such loan for Iran since 1962. 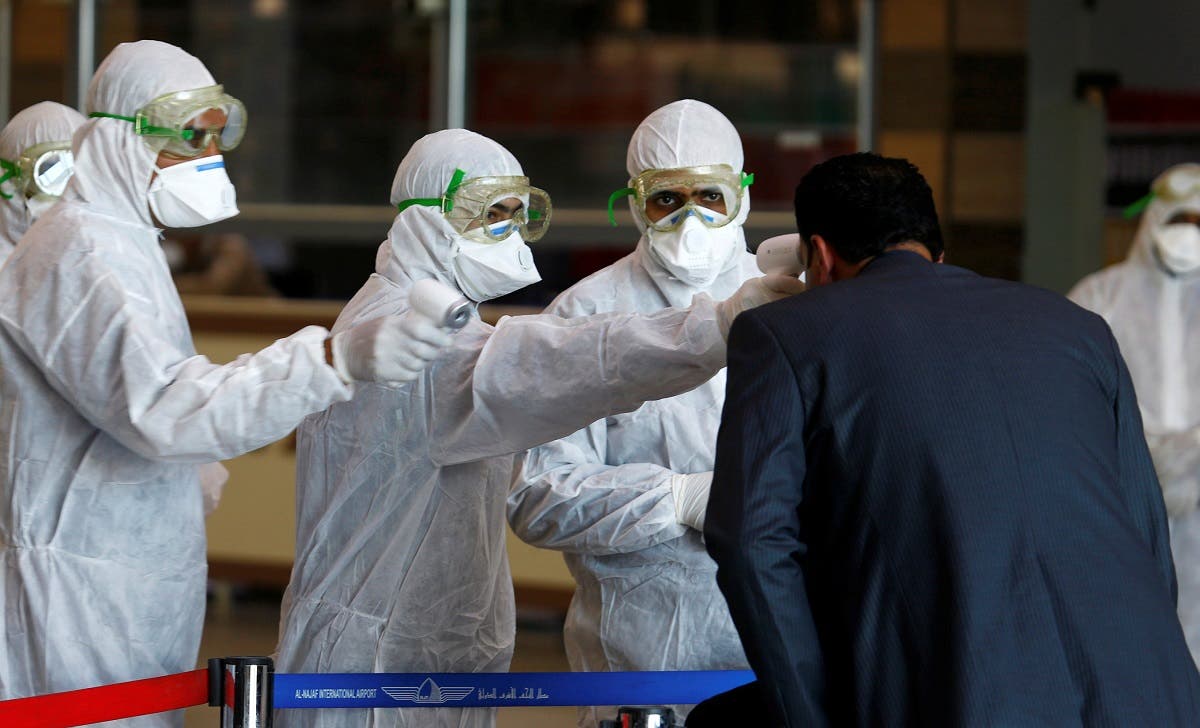 Dr. Amir A. Afkhami of George Washington University who studies Iran, said the loan request “speaks to how dire the situation is getting and them realizing that it’s spun out of control.”

With the Persian New Year of Nowruz on Friday, authorities appear unable or unwilling to halt travel as virus-hit towns threaten to set up their own checkpoints to turn away or even attack outsiders.

What happens next is unknown, but it will not only affect Iran’s civilian government and Shiite theocracy, whose members already have fallen ill, but also the wider world.

Businessman brought it from China

Among the unknowns is Iran’s “patient zero”- the person first infected with the coronavirus in the nation.

Authorities believe the outbreak started in Qom, the stronghold of Iran’s Shiite clergy, 125 kilometers (80 miles) southwest of Tehran. Authorities suggested that perhaps an infected Iranian businessman brought it from China. Qom draws Chinese students to its seminaries. It is also along a $2.7 billion high-speed train route being built by a Chinese company.

“Mysterious virus at Iran’s gates,” warned the pro-reform newspaper Aftab-e Yazd as China began a lockdown in January. Yet travel between China and Iran continued.

The first two coronavirus cases were announced February 19, with both victims dying in Qom. Since it can take up to two weeks to show symptoms, they could have gotten it in early February.

Iran went ahead with its February 21 election, with the lowest turnout since the revolution. The government wanted to boost its legitimacy after shooting down a Ukrainian passenger jet, killing all 176 people aboard. Days earlier, a US drone strike in Iraq killed top Revolutionary Guard General Qassem Soleimani, further shaking its credibility.

In Qom, Iran kept open the gold-domed shrine of Fatima Masumeh, a Shiite saint. Crowds throng there 24 hours a day, seven days a week, to touch and kiss it. Other countries, by comparison, closed or thoroughly cleaned churches, mosques and holy sites. 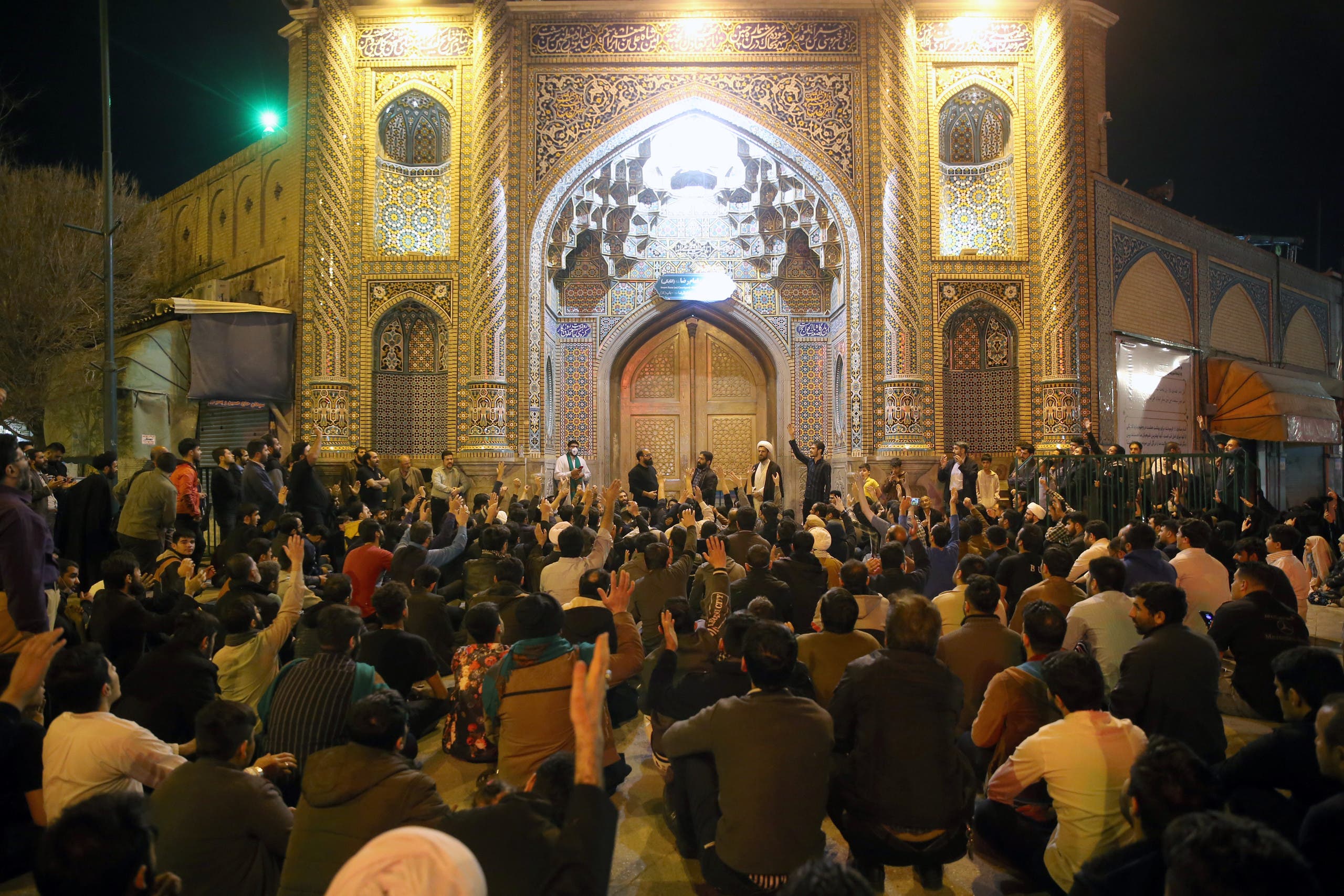 People gather outside the closed doors of the Fatima Masumeh shrine in Iran’s holy city of Qom on March 16, 2020. (AFP)

“The city’s religious epithet, ‘the nest of the Prophet and his family’, was intended to reassure believers worldwide that it was insulated against epidemics and other disasters,” wrote Mehdi Khalaji, a Qom-trained Shiite theologian who is an analyst at the Washington Institute for Near-East Policy. “ “If early reports about the spread of the coronavirus prove correct, Qom’s status as the ideological capital of the Islamic Revolution helped make it the pathogen’s transmitting center to the rest of Iran and at least seven other countries.”

Since then, hazmat-suited workers have disinfected the shrines. By Monday night, the Fatima Masumeh shrine and another one in Mashhad had closed, only to see online videos purport to show hardline faithful storming the shrines’ courtyard, demanding they open.

But the virus had already spread into the government and Shiite theocracy. It killed Expediency Council member Mohammad Mirmohammadi, described as close to Supreme Leader Ayatollah Ali Khamenei. Hadi Khosroshahi, a former envoy to the Vatican, and Ahmad Tuyserkani, an adviser to the judiciary chief, also died, as did some lawmakers. The sick include Vice President Masoumeh Ebtekar, better known as ”Sister Mary,” the English-speaking spokeswoman for the students who seized the US Embassy in Tehran in 1979 in the 444-day hostage crisis.

Even the 80-year-old Khamenei was seen wearing disposable gloves at a tree-planting ceremony.
Iran’s death rate from the virus is higher than in other hard-hit nations. Outside experts and even some lawmakers and officials in the country alleged it was hiding the true number of infections and deaths.

Initial denials have appeared to weaken over time.

“We found out a little late that the coronavirus had entered Iran because we mistook it for the flu,” said Reza Malekzadeh, a deputy health minister. 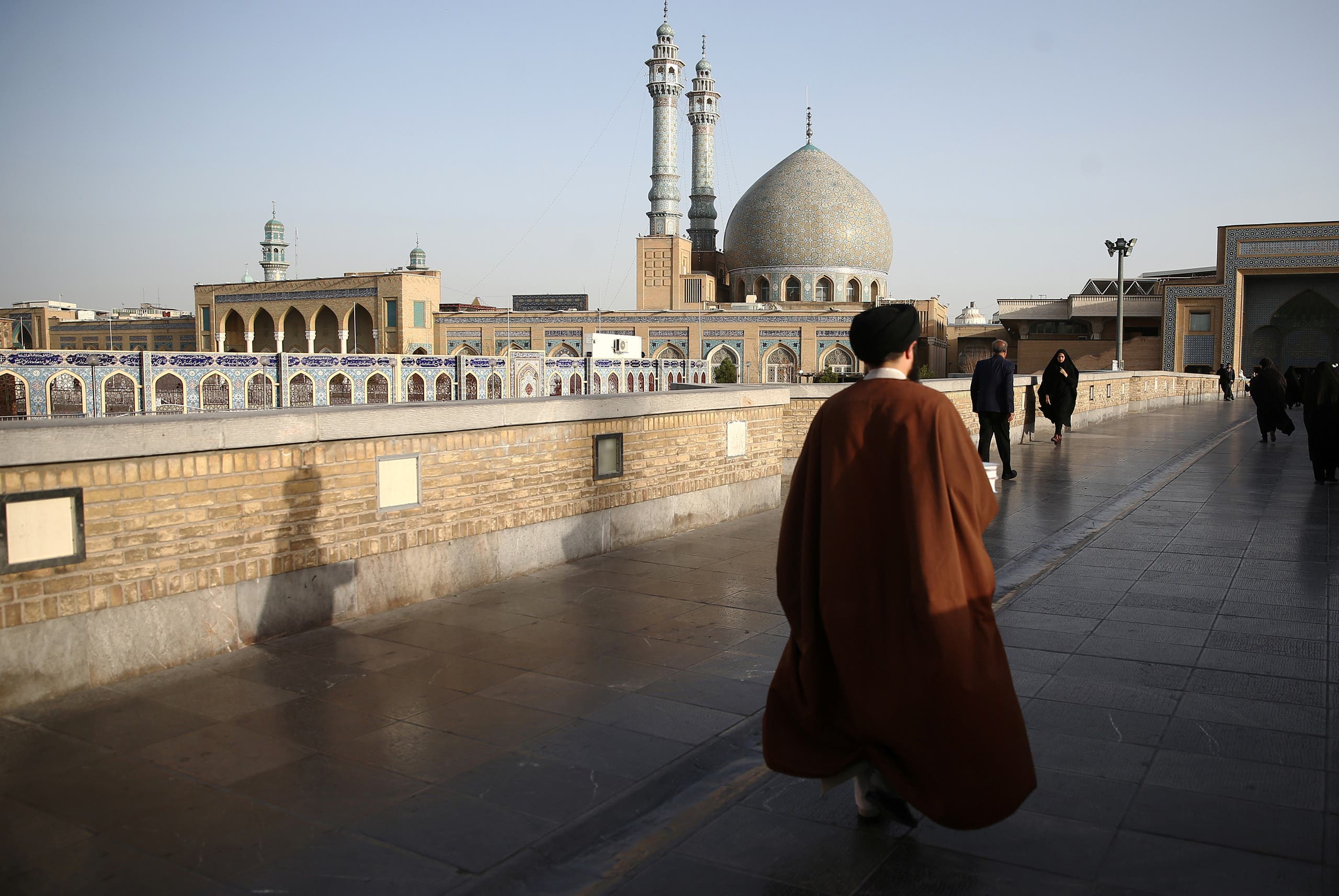 An Iranian cleric walks in front of the Shrine of Fatima Masumeh in Qom, Iran, on February 09, 2020. (Reuters)

A man in Qom filmed rows of bodies in black bags and caskets awaiting burial in a trench, alleging all had tested positive for the virus. Officials said the burials were delayed pending test results, and the man was later arrested.

Iran’s 80 million people, whose sense of high risk has been dulled by years of international isolation, are crowding grocery stores and butcher shops, suspicious of state media.

The government has stopped short of ordering major travel restrictions, even for Nowruz when millions are on the move. It hasn’t explained why, but there could be worry about further angering its people or slowing down its sanctions-hurt economy.

Online videos show Iranians ignoring pleas to stay home and instead heading for the Caspian Sea and the Persian Gulf coasts.

Harirchi, the health official who fell ill, said Iran hopes to contain the disease by March 26. The man who once called quarantines a thing of the past added: “I beg the people to minimize their trips and contacts, and isolate the infected people from others completely.” Mexican president says Mexico doing better than US on coronavirus Turkey says no evidence of threat to foreigners after ISIS suspects detained: Agency