When Andrew* first found out he was HIV-positive in January this year, he suffered a fleeting sense of paralysis, fearing his life was about to change forever.

At 27, it was one of the things he dreaded as a gay man who was still in the closet. Even within the Nigerian LGBT community, HIV discrimination is rife and Andrew noticed no one would reply to him on the dating apps he used when he changed his status.

In the weeks after his diagnosis, he developed a routine to deal with the illness: religiously taking his HIV medication and practising celibacy.

Andrew is a software developer who views the world through a prism of codes and programs, and as the coronavirus pandemic became very real, with Nigeria confirming its first case of the contagion in February, he felt uneasy.

The hysteria on the internet, fear-mongering, and the subsequent government-enforced lockdown in Lagos drove him to check his stash of HIV medication, or antiretroviral (ARV) drugs. Andrew started a six-month treatment schedule in January – one 300mg tablet taken daily to lower the presence of the virus in his body. With half the batch already taken, he realised he had enough to last him until June.

But Andrew was still gripped with anxiety. “I’m supposed to get tested after six months to check if I’m detectable. I don’t think I’m detectable yet, and with coronavirus in town, what if I contract it with the state of my immune system?” he wondered.

Detectable refers to Andrew’s viral load, or the presence of the virus in his body.

Limited research has indicated that people with HIV may not face any greater risk of infection from the novel coronavirus, as long as they adhere to their prescribed antiretroviral medication and are not otherwise immunocompromised, according to the Centers for Disease Control and Prevention (CDC).

Andrew does not have health insurance, so he relies on free HIV treatment from healthcare centres that are LGBT-inclusive. With the lockdown rolling on and ushering a fresh wave of unrest, he is now relying on virtual consultations with his doctor – WhatsApp, video calls – which has dissipated his anxiety to an extent.

Not only is the coronavirus pandemic exposing the decaying state of public health infrastructure in Nigeria, it is also showing how Nigeria’s LGBT population has limited access to doctors that provide safe, affirming spaces. This stems from the fact that Nigeria remains one of the most homophobic countries in the world, rendering LGBT Nigerians targets of discrimination and abuse.

Since 2014, there has been a law in place which criminalises same-sex marriage and public displays of affection between gay people. There are no official rights or protections from discrimination based on sexual orientation – which makes it difficult for LGBT Nigerians to seek help from public services.

The lockdown in Lagos also came with pockets of militarisation in the state and elsewhere – soldiers and security forces enforcing stay-at-home orders even if it means resorting to intimidation and violence.

As such, LGBT Nigerians trying to access HIV treatment are faced with the added challenge of navigating potentially hostile forces.

What is OMAD diet: Why eating one meal a day isn’t recommended by experts

Physical Symptoms of Anxiety Disorder That You Might Not Recognize

10 healthy breakfast recipes that will help you lose weight 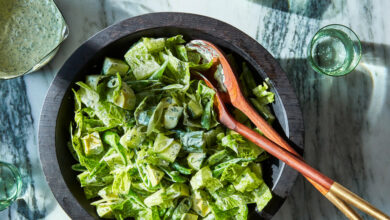 ‘No evidence’ of higher blood clots risk from vaccine: AstraZeneca