Hamas said Monday it could no longer carry out novel coronavirus tests in the Gaza Strip due to a lack of kits, amid a spike in cases in the Palestinian territory.

The health ministry of the Islamist movement, which controls the coastal enclave, called for urgent action “to provide the necessary equipment” to screen the population for the virus.

The only laboratory in the territory able to analyze COVID-19 test samples had ceased its work “due to a lack of equipment”, the ministry said in a statement.

“There is an urgent need to take measures to save the lives of Gaza’s citizens and contain the crisis,” he told AFP.

The tiny, densely populated enclave is home to two million people and has been under Israeli blockade since 2007.

Authorities closed Gaza’s borders early in the pandemic, only allowing entry to a limited number of people, who were then required to isolate for three weeks in quarantine centers. 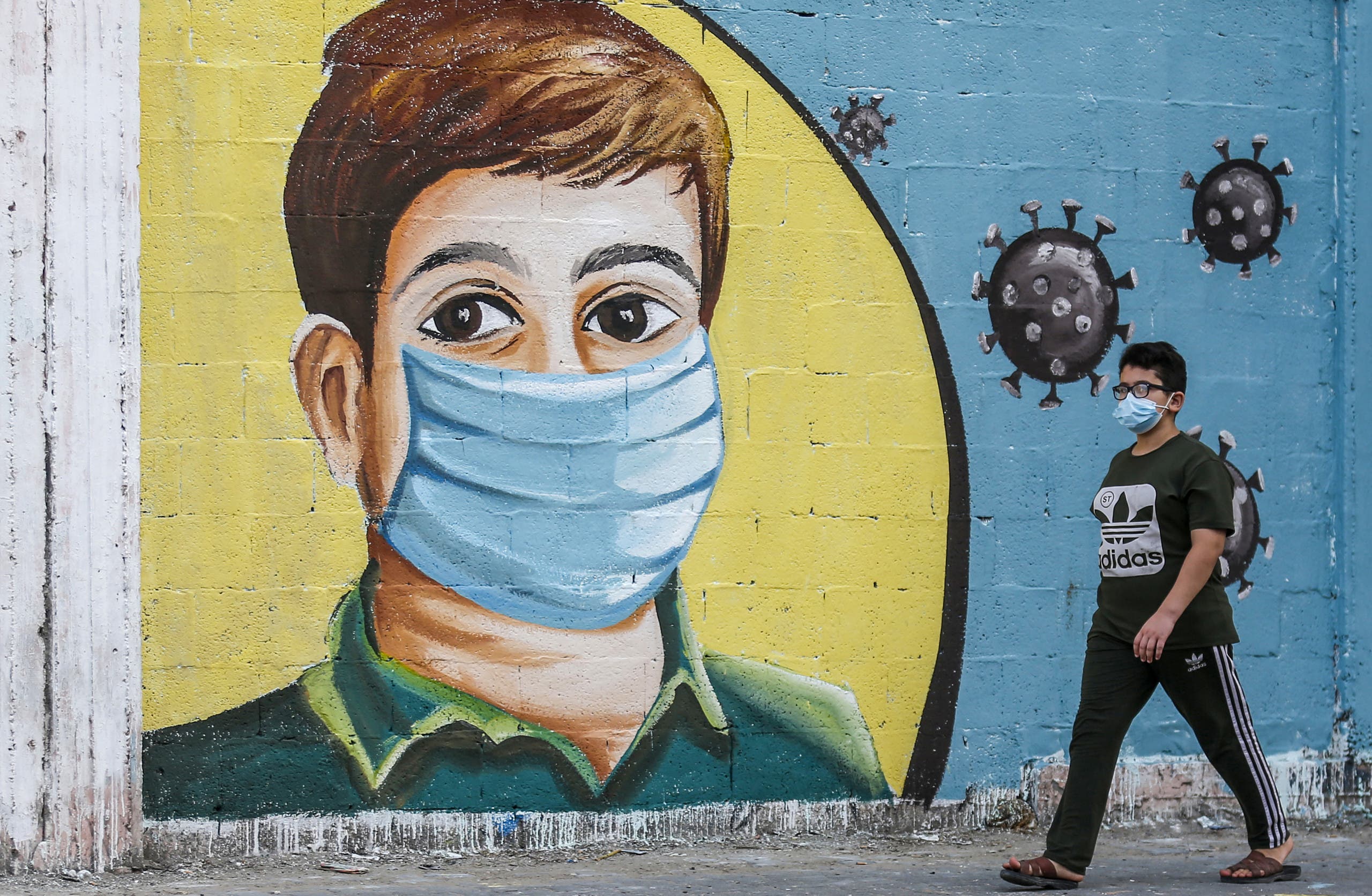 A Palestinian boy walks past a coronavirus awareness mural in Rafah in the southern Gaza Strip on September 14, 2020. (AFP)

In mid-August, Gaza had recorded only around 100 Covid-19 cases, but the past two weeks have seen a steep deterioration in containment.

Hamas on Thursday announced a lockdown on weekends lasting from December 11 to the end of the month. It also closed schools, universities, kindergartens and mosques.

In the Israeli-occupied West Bank, separated from Gaza by Israeli territory, the government – run by the Palestinian Authority – said it would reimpose a week-long lockdown in four out of 11 provinces.

“The governorates of Nablus, Hebron, Bethlehem and Tulkarem will be completely closed from the evening of Thursday, December 10 for a period of seven days,” Palestinian prime minister Mohammed Shtayyeh said on Monday.

“All commercial and service activities will be shut down, except for pharmacies, bakeries, supermarkets and grocery stores.”

The move comes after a two-week long weekend and evening curfew was enforced across the West Bank in late November to fight a “worrying spread” of the virus. The curfew was extended until December 17.

In total, the Palestinian health ministry has recorded more than 74,160 COVID-19 cases, including nearly 700 deaths, in the West Bank.

In Gaza, nearly 25,600 infections have been officially registered, including around 150 deaths.