Germany took on record new debt in 2020 to shield the economy from the coronavirus pandemic, but less than expected, official data showed Tuesday.

“Despite the pandemic, we have the finances well under control,” Finance Minister Olaf Scholz told reporters.

The amount is the highest since German reunification in 1990, but still less than the 218 billion euros in new debt authorized by parliament to deal with the health crisis.

In part this can be explained by a weaker than expected economic slump, thanks to a strong rebound during the summer, the finance ministry said. 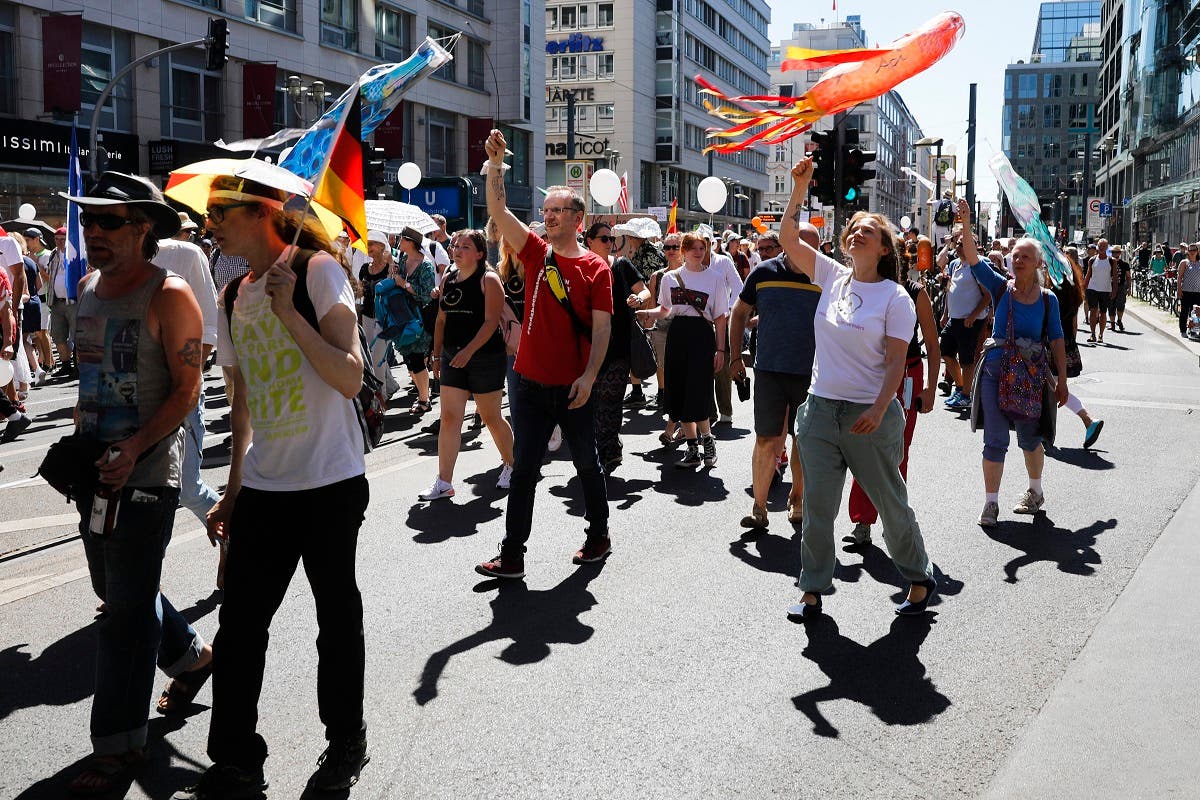 A file photo shows people mostly without face masks attend a demonstration with the slogan ‘The end of the pandemic – freedom day’ – against coronavirus restrictions in Berlin, Germany, on August 1, 2020. (AP)

Germany’s economy contracted 5.0 percent in 2020, 0.5 percentage points above the government’s estimates, and a smaller decline than during the 2009 financial crisis when output shrank by 5.7 percent.

Some public investments, including in Germany’s state-owned rail company Deutsche Bahn, were also postponed to 2021.

Further keeping the lid on 2020’s debt figure were delayed payments to businesses hit by COVID-19 shutdowns. Technical problems and red tape meant that many companies only saw payments arriving at the beginning of this year.

Scholz has promised to “simplify and extend” the aid.

The constitutionally-enshrined rule forbids the government from taking on new debt of more than 0.35 percent of gross domestic product (GDP) in any one year in normal times.

Chancellor Angela Merkel’s government has pledged nearly one trillion euros in aid and stimulus to help German companies and employees, including through massive short-time work schemes. How Iran set a sanctions evasion network to keep its economy afloat: Report