Germany and Denmark are looking into the possibility of delaying administering a second dose of the COVID-19 vaccine from BioNTech and Pfizer to make scarce supplies go further, after a similar move by Britain last week.

In Berlin, the health ministry is seeking the view of an independent vaccination commission on whether to delay a second shot beyond a 42-day maximum now foreseen, according to a one-page document seen by Reuters on Monday.

The update, dated Sunday, follows widespread criticism over the weekend of Health Minister Jens Spahn – including from his conservative political allies – that Germany has failed to procure enough vaccine and has been too slow to ramp up its nationwide inoculation campaign.

Britain’s move to delay administering a second dose of the BioNTech/Pfizer shot has been welcomed by a number of German health experts and comes as governments try to provide protection against coronavirus to as many people as possible by giving them one shot as soon as possible and delaying a second.

“In view of the current scarcity of vaccines and the very high numbers of infections and hospitalizations (in Germany), a strategy in which as many people as possible are vaccinated as early as possible is more effective,” said Leif-Erik Sander, head of the vaccine research team at Berlin’s Charité hospital.

According to the latest daily update from the Robert Koch Institute, Germany has vaccinated around 239,000 people since starting its campaign on Dec. 27 – well short of the 1.3 million doses that were delivered by the end of 2020.

By way of comparison, Britain has administered more than a million COVID-19 vaccines so far, more than the rest of Europe put together, Health Minister Matt Hancock said on Monday. 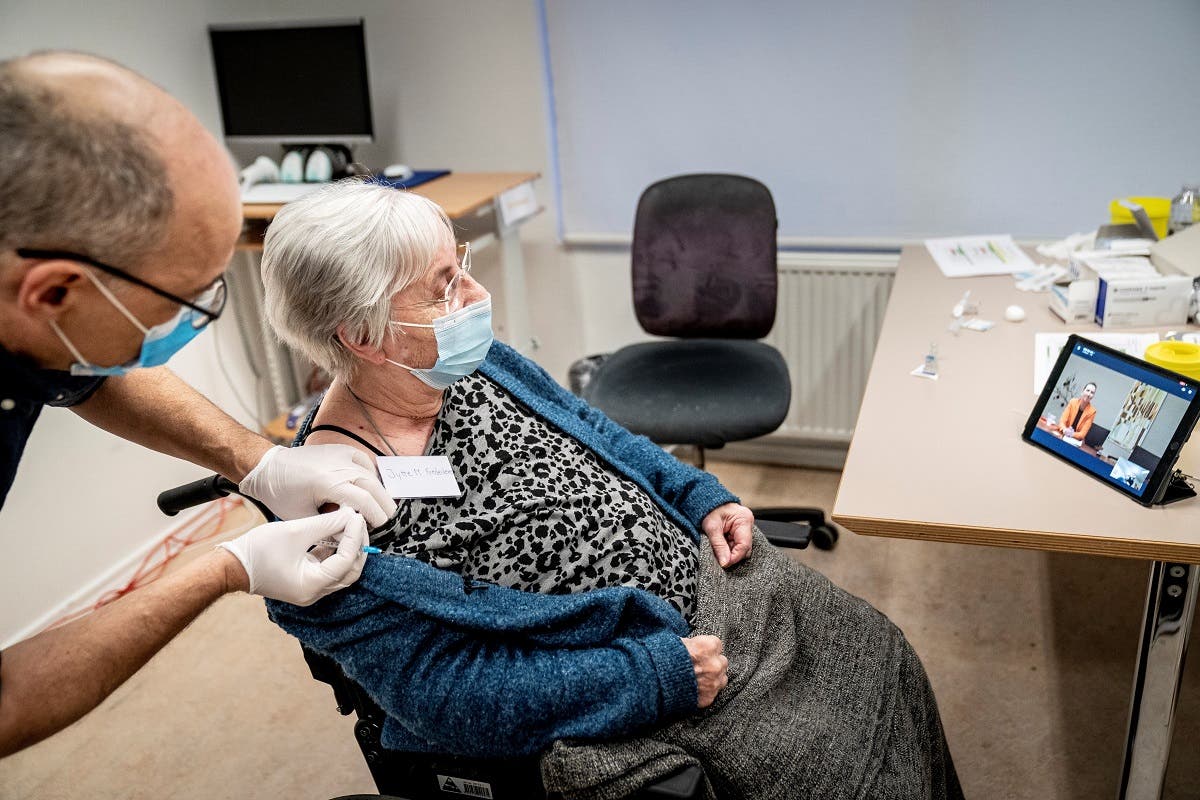 Danish health authorities are also looking into the possibility of extending the time gap between vaccine shots.

The director of the State Serum Institute, which deals with infectious diseases, said it would closely monitor how the situation develops in Britain. The health ministry is considering a 3-6 week interval, newspaper Ekstra Bladet reported, citing sources.

As of Monday, a total of 46,975 Danes had received the first Pfizer-BioNTech shot, mostly health workers and the elderly.

While a longer interval between shots has not been tested in the companies’ clinical trials, some scientists said it was a sensible plan given the extraordinary circumstances.

Other points in the German health ministry document include recommending that an extra, sixth dose be drawn from vials of the BioNTech/Pfizer vaccine – a practice the companies say is feasible with the right needle and syringe and has been allowed in several countries.

European Union approval for a vaccine from Moderna, expected this week, should add another 1.5 million doses of supply in the coming weeks, the document added.

In total, Germany, which has around 83 million people, should get 50 million doses of the Moderna shot this year under EU-wide procurement contracts.

“The goal is, as soon as possible, to decide on the way forward and on the scope of approval” for the AstraZeneca vaccine, the document said.

The Complete Guide to Your Butt Muscles

5 Essential Nutrients Most Of Us Are Not Getting Enough Of