Coronavirus fears and a crash in oil prices sent a shudder through financial markets on Monday, with stocks plummeting so fast on Wall Street that they triggered the first automatic halt in trading in over two decades. 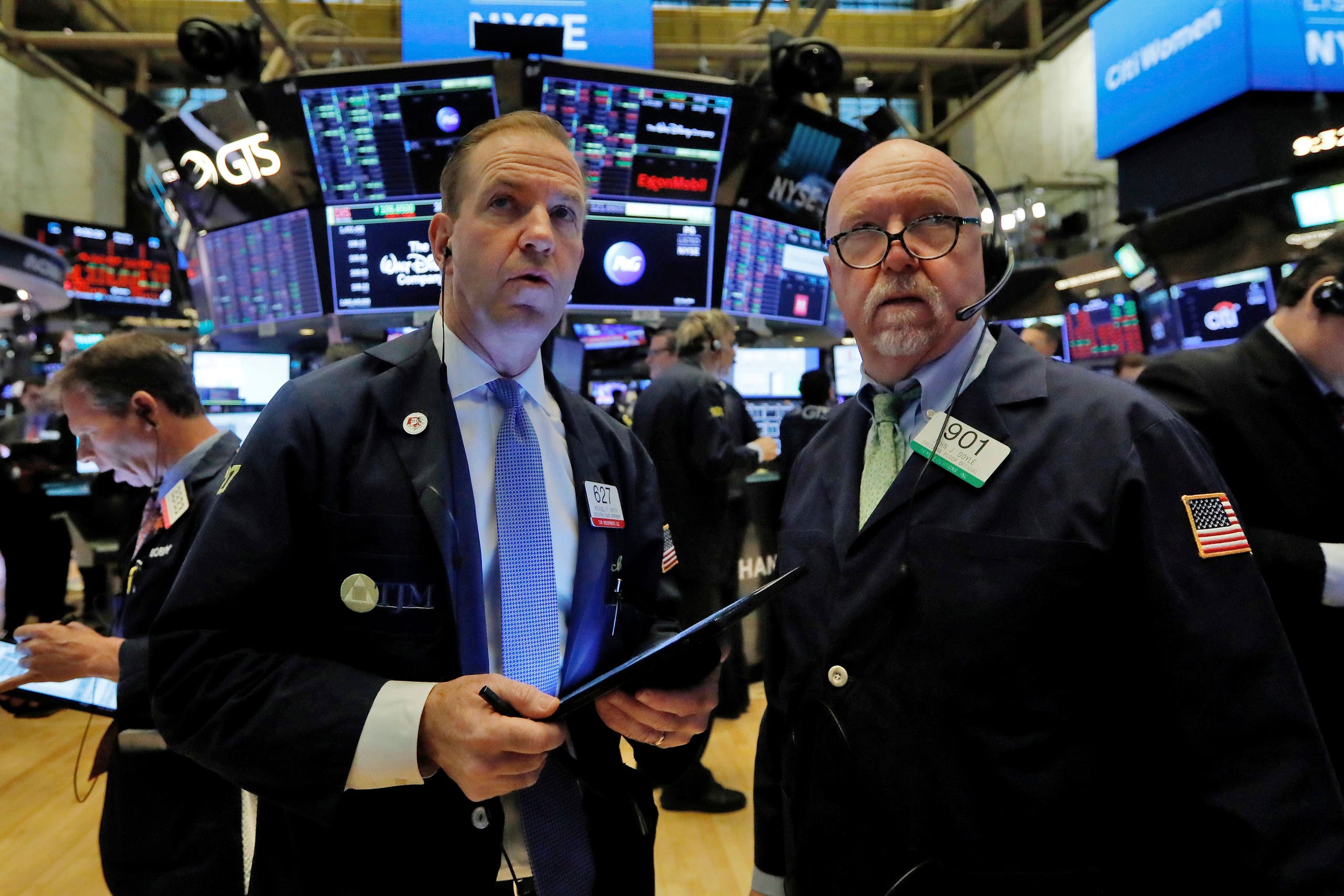 European markets entered a bear market, registering their heaviest losses since the darkest days of the 2008 meltdown, as the damage mounted from the crisis that has closed factories, schools and stores and led to travel bans and unprecedented quarantines. “The market has had a crisis of confidence,” said Willie Delwiche, investment strategist at Baird.

The price of oil sank 20 per cent after Russia refused to roll back production in response to falling prices and Saudi Arabia signaled that it will ramp up its output. While low oil prices can eventually translate into cheaper gasoline, they are wreaking havoc on already struggling energy companies and countries that depend on oil, including the No.1 producer, the United States.

Italy facing the specter of recession

The market slide came as Italy, the hardest-hit place in Europe, began enforcing a lockdown against 16 million people in the north, or one-quarter of the country’s population, with masked police officers and soldiers checking travelers’ documents amid restrictions that affected such daily activities as enjoying an espresso at a cafe or running to the grocery store. The turmoil is expected to push Italy into recession and weigh on the European economy.

“The path of least resistance is still down,” said Liz Ann Sonders, chief investment strategist at Charles Schwab. Treasury yields careened to more record lows as investors dove into anything that seems safe, even if it pays closer to nothing each day. Traders are increasing bets that the Federal Reserve will cut interest rates back to zero to do what it can to help the virus-weakened economy, perhaps as soon as next week.

All the drops are the result of fear of the unknown. As COVID-19 spreads around the world, many investors feel helpless in trying to estimate how much it will hurt the economy and corporate profits, and the easiest response to such uncertainty may be to get out. After initially taking an optimistic view on the virus — hoping that it would remain mostly in China and cause just a short-term disruption — investors are realizing they likely woefully underestimated it.

The virus has infected more than 110,000 worldwide, and Italy on Sunday followed China’s lead in quarantining a big swath of its country in hopes of corralling the spread. That sparked more fears, as quarantines would snarl supply chains for companies even more than they already have.

The new coronavirus is now spreading on every continent except Antarctica and hurting consumer spending, industrial production, and travel. The S&P 500 has lost 17 percent since setting a record last month. If it hits a 20 percent drop, it would mean the death of what’s become the longest-running bull market for US stocks in history. Monday actually marks the 11th anniversary of the market hitting bottom after the 2008 financial crisis. 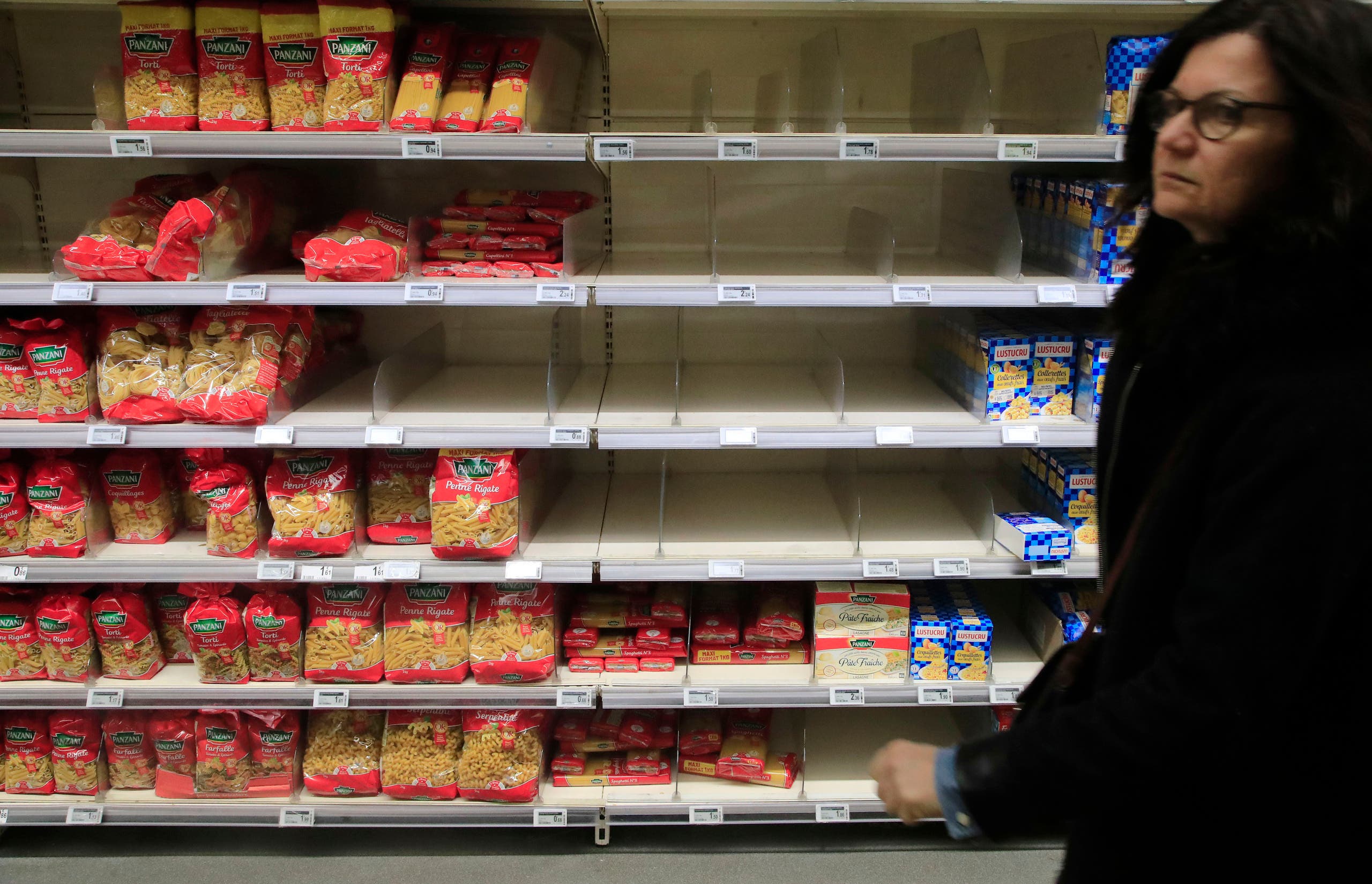 A woman walks past empty shelves at a supermarket in Paris, on March 9, 2020. Global share markets have plunged as panicked investors fled to the safety of bonds and the yen to hedge the economic trauma of the coronavirus. (AP)

A measure of fear in the US stock market soared to its highest level since 2008. That means traders are more worried about upcoming swings in the S&P 500 now than they were during the European debt crisis, the US-China trade war or at the height of recession worries after the Federal Reserve raised rates four times in 2018. The circuit breaker tripped in the US stock market is meant to slow things down and give investors a chance to breathe before trading more.

The yield on the 10-year Treasury note plunged to 0.54 percent, down sharply from 0.70 percent late Friday. Early last week, it had never been below 1 percent. Short-term yields sank as traders placed increasing bets that the Federal Reserve will cut rates deeper to do what it can to help the economy. The two-year Treasury yield, which moves more on expectations of Fed action, fell to 0.33 percent from 0.46 percent.

The Federal Reserve and other central banks around the world have provided the ultimate backstop in the past during this bull market, supporting markets with rate cuts and other measures of stimulus. But doubts are rising about how effective lower rates can be this time. They can encourage people and companies to borrow, but they can’t restart factories, restaurants or theme parks shut down because people are quarantined.

Many analysts and professional investors say they expect big swings to continue to dominate the market as long as the number of new virus cases is accelerating. Brent crude, the international standard, lost $8.60, or 19 percent, to $36.67 per barrel. Benchmark US crude fell $7.16 to $34.12. Investors were already knocking oil down because of worries that a virus-weakened global economy will burn less fuel. But concerns about supply dropped the latest scythe on the market Monday. Reports that Saudi Arabia may increase production of oil to grab market share led to worries that the world may soon be awash in too much oil.