Egypt has extemded the state of emergency in the country for three months beginning Tuesday, April 28, according to a report by the Middle East News Agency (MENA).

The decision was issued by Egyptian President Abdel Fattah al-Sisi. Egypt is the most populous country in the Arab world, with almost 100 million people, who have been under state of emergency restrictions since April 2017.

The restrictions were first put in place due to an ISIS-affiliated group bombing two Coptic Christian churches in April 2017. More than 40 people were killed in the attack. They have been renewed at regular intervals since then as Egyptian officials continue a low-level conflict against ISIS militants in the country’s northeastern Sinai peninsula.

Egyptians faced further restrictions due to the coronavirus pandemic, with authorities instigating a nighttime curfew in March and banning mass gatherings despite the Islamic holy month of Ramadan, usually a time of communal prayer and social events.

Watch: “We do not feel the joy of #Ramadan,” says a customer at a Cairo market selling traditional “Fanous” lanterns as #Egypt enforces a tight lockdown to curb the #coronavirus pandemic. https://english.alarabiya.net/en/coronavirus/2020/04/20/Middle-East-braces-for-bleak-Ramadan-as-coronavirus-threat-lingers.html … 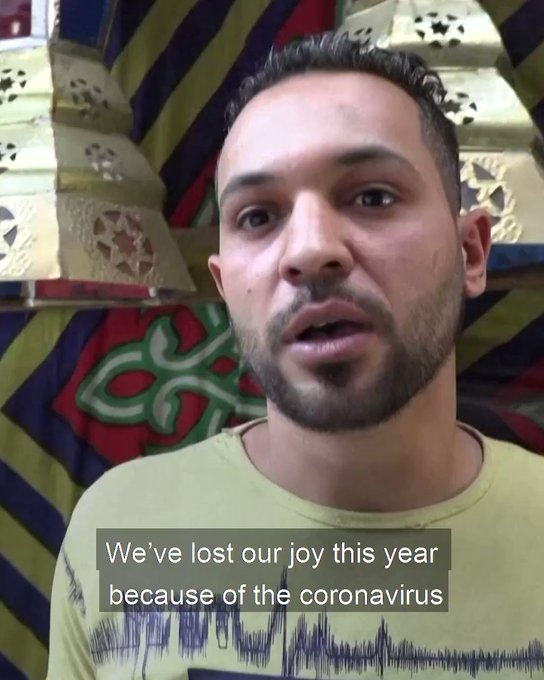