Indian nationals in the Gulf countries who are in “distressing” situations will be given priority in evacuation arrangements in the coming days, according to a statement from the Indian Ministry of Home Affairs.

According to the ministerial statement, the Indian government defines “distressed” as those who are no longer gainfully employed, people who arrived in the Gulf on visit visas which have since expired, pregnant women, the elderly, and those in of need medical treatment.

“Indian embassies are preparing a list of distressed Indian citizens. This facility would be made available on payment basis,” the Ministry of Home Affairs here, set out the details today in a press release.

Press Release on special flights from UAE to India. 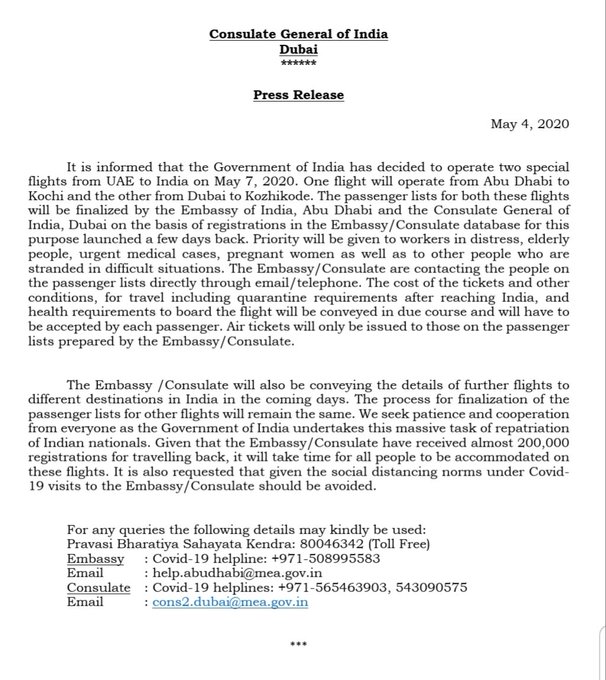 582 people are talking about this

The Indian government on Monday confirmed it would begin facilitating the return of Indians stranded abroad beginning May 7.

According to the Consulate General of India in Dubai, both the embassy and the consulate have received almost 200,000 applications from nationals wishing to travel back home.

Coronavirus: Spain to declare state of emergency as death toll rises to 120

Girl, 4, falls to death in Hong Kong after left alone due to coronavirus fears