China recorded more than 2,000 new domestic cases of COVID-19 in January, the highest monthly total since the tail end of the initial outbreak in Wuhan in March of last year.

The National Health Commission said Sunday that 2,016 cases were reported from Jan. 1-30.

That does not include another 435 infected people who arrived from abroad. The tally for Jan. 31
is due to be released Monday.

Two people have died in January, the first reported coronavirus deaths in China in several months. 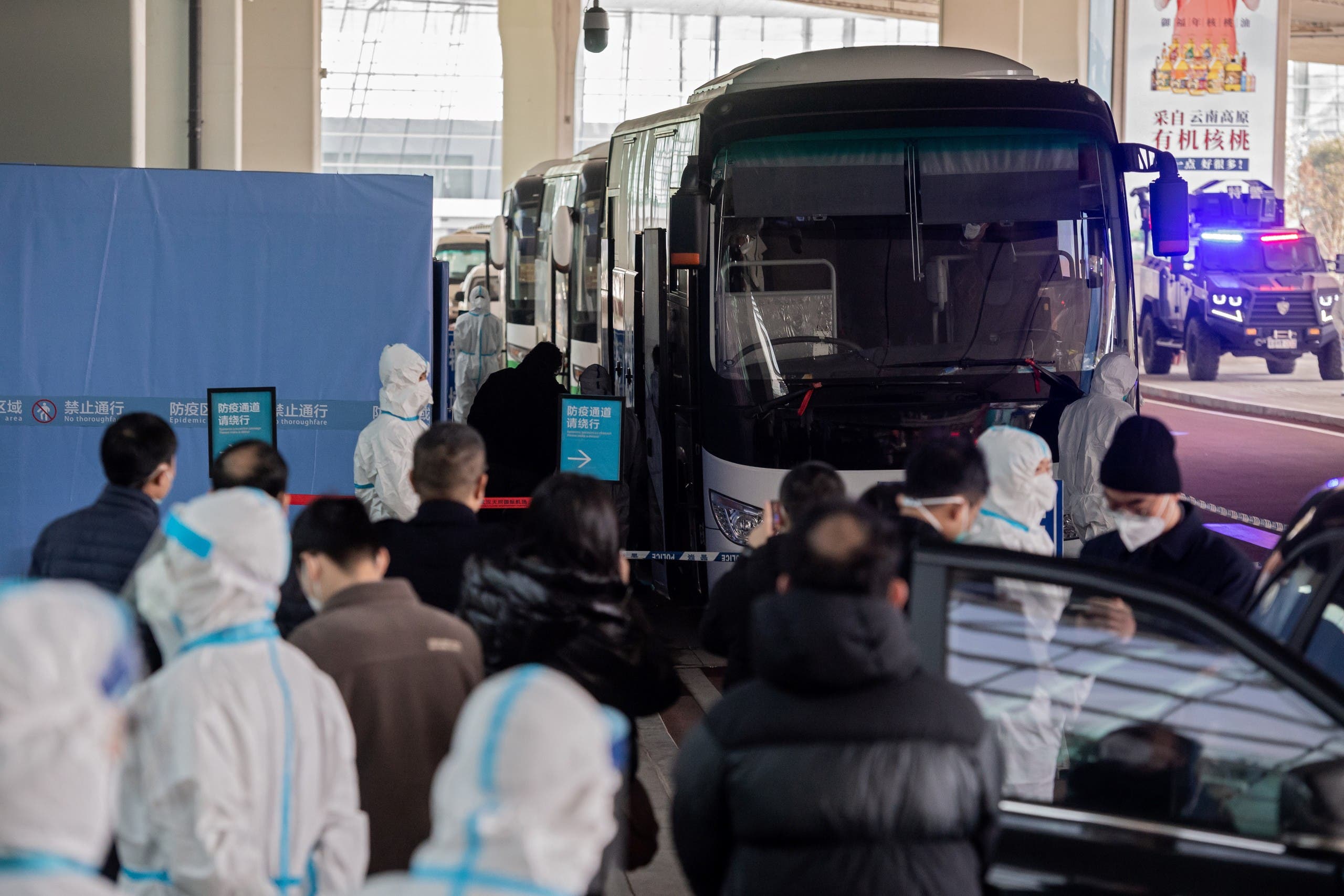 Members of the World Health Organization (WHO) team investigating the origins of the Covid-19 pandemic board a bus following their arrival at a cordoned-off section in the international arrivals area at the airport in Wuhan. (AFP)

Most of the new cases have been in three northern provinces. Hardest-hit Hebei province, which borders Beijing, has reported more than 900 cases. Beijing, the Chinese capital, has had 45 cases this month.

The numbers, while low compared to many other countries, have prompted officials to tighten restrictions and strongly discourage people from traveling during the upcoming Lunar New Year, a major holiday when people typically return home for family reunions.