The number of novel coronavirus cases in the Israeli-blockaded Gaza Strip have risen tenfold over the past two weeks, bringing the total to over 1,000, Palestinian officials said Monday.

In the past 24 hours, 182 infections were registered in the coastal enclave, bringing the number of cases to 1,151, including eight deaths, the Palestinian Authority health ministry said.

The crowded and impoverished Gaza Strip had maintained low infection rates since the start of the pandemic, as it remained isolated from much of the world.

The narrow territory is sealed off by a formidable security barrier on its landward sides, with just two crossing points: one into Israel and the other into Egypt.

But crossings at both points were blocked in March, with few exceptions.

Gazans stuck outside the enclave were allowed to return home, but had to be isolated for three weeks in quarantine centers. 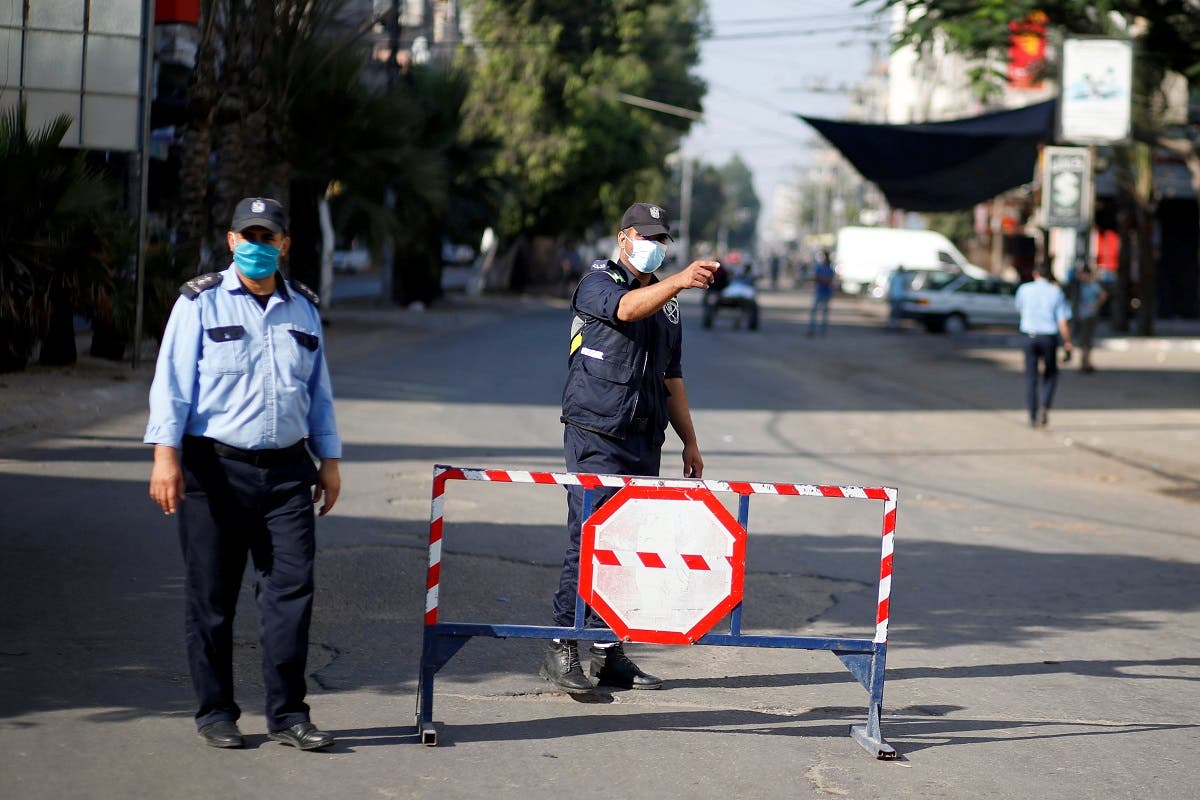 A Palestinian police officer gestures during a lockdown after Gaza reported its first cases of COVID-19 in the general population, in Gaza City August 25, 2020. (Reuters)

Four virus cases were detected at the end of August outside these centers as tensions flared between Israel and Palestinian fighters in Hamas-controlled Gaza, sparking concern of a rise in infections and forcing the closure of schools, mosques and markets.

During the flare-up, Israel bombed Gaza almost daily from August 6 in response to rocket attacks and the launch of so-called fire balloons — homemade incendiary devices.

The Palestinian health ministry on Monday also reported that 26,633 coronavirus cases so far have been registered across the Israeli-occupied West Bank, including 178 deaths.

Lebanon looks to India to satisfy its wheat demands