A bipartisan group of US lawmakers on Tuesday unveiled a $908 billion COVID-19 relief bill aimed at breaking a months long deadlock between Democrats and Republicans over new emergency assistance for small businesses, unemployed people, airlines and other industries during the pandemic.

The measure has not yet been written into legislation. Nor has it been embraced yet by the Republican Trump administration, Democratic President-elect Joe Biden or leaders in the Senate or House of Representatives, all of whom would be needed for passage.

But it comes with the backing of a group of conservatives and moderates who claim it will appeal to a broad swath of Congress.

Lawmakers are hoping to wrap up their work for the year by mid-December, but they still have a massive government-funding bill to approve or else risk agency shutdowns starting on December 12.

If the bipartisan coronavirus aid bill gains traction in coming days, it could either be attached to the spending bill or advance on a separate track.

“It would be stupidity on steroids if Congress left for Christmas without doing an interim package,” said Democratic Senator Mark Warner.

Earlier this year, over $3 trillion in coronavirus aid was enacted, which included economic stimulus measures and money for medical supplies.

Unveiling of the plan at a Capitol Hill news conference came as the number of coronavirus cases surged in the US, coupled with significant increases in deaths and many hospital resources at a breaking point.

Republican Senator Lisa Murkowski urged quick action on the bipartisan plan as she ticked off business closures mushrooming in her state of Alaska “during a pretty dark and cold time of year,” with many suffering job losses and “food insecurity.”

The bipartisan proposal would provide emergency aid through March 31, including $228 billion in additional Paycheck Protection Program funds for hotels, restaurants and other small
businesses.

State and local governments would receive direct aid under the bipartisan bill, the lawmakers said.

Ohio Governor Mike DeWine, a Republican, appealed for help from Congress, noting in an interview on “CBS This Morning” that his state has more than 5,000 coronavirus patients in hospitals and not enough money to distribute the much-awaited COVID vaccines that are expected to be available beginning this winter.

US airlines would receive $17 billion for four months of payroll support as part of $45 billion for the US transportation sector that also includes airports, buses, and Amtrak passenger rail, according to two people familiar with the plan.

Overall, Senator Mitt Romney, a Republican, said it contains $560 billion in “repurposed” funding from the CARES Act enacted in March, with the remaining $348 billion in new money.

The measure includes provisions that Republicans have been pressing for, including new liability protections for businesses and schools grappling with the coronavirus pandemic.

But it is far more expensive than the $500 billion that Senate Majority Leader Mitch McConnell has been advocating.

House of Representatives Speaker Nancy Pelosi and her fellow Democrats would win a central demand with the aid to state and local governments, which face layoffs of front-line workers due to a lack of revenues. 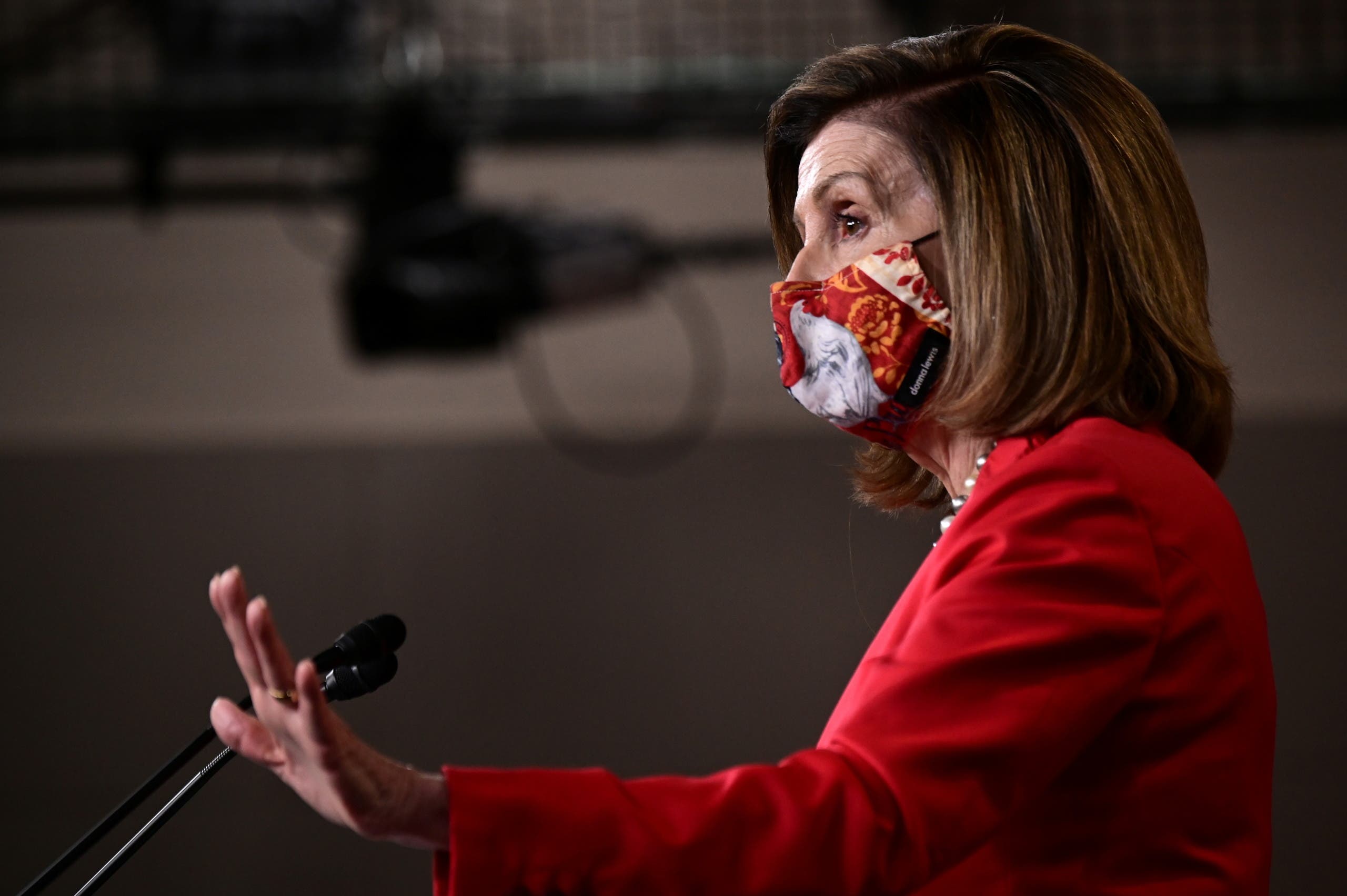 A compromise $300 per week for four months in additional, unemployment benefits would also be in the package, according to the lawmakers. Democrats had been seeking $600.

Separately, a group of Democratic senators introduced legislation on Tuesday that would extend until October 2021 the $600 per week in jobless benefits for workers who lost their
jobs due to COVID-19.

While it is significantly below the $2.2 trillion Pelosi sought in her last offer to the White House before the November 3 elections, the $908 billion is for a relatively short period, potentially opening the door to additional requests for money once the Biden administration is in place.