The jobless rate jumped to 7.1 percent in May following the loss of 227,700 posts, which was almost three times more than forecast and followed a more than 600,000 fall the month before, according to the Australian Bureau of Statistics.

The figures come with the country on course for its first recession in nearly three decades after the economy shrunk 0.3 percent in January-March, with a “far more severe” reading expected in the next three months.

The conservative government described the data as “devastating,” with Prime Minister Scott Morrison warning “we are working with some of the biggest economic challenges this country has ever faced.”

Unemployment had been hovering around five percent before February, when coronavirus travel bans were introduced and businesses forced to introduce social distancing measures. It was sitting at a revised 6.4 percent in April.

The last time it broke seven percent was in October 2001.

It’s going to be a long, tough road out of this crisis but Australia is doing better than many other countries and we’re heading in the right direction. Our government is going to continue to do everything it can to ensure Australia bounces back stronger on the other side. https://twitter.com/JoshFrydenberg/status/1270893191881822209 …

Australia stands out in today’s OECD Economic Outlook as a leader in the recovery from #COVID19. 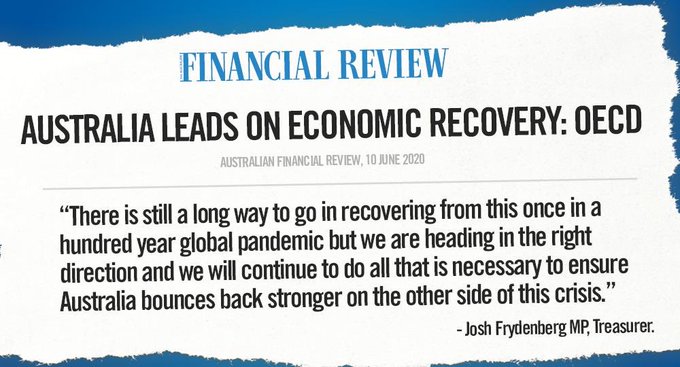 823 people are talking about this

The Liberals and Nationals are using the cover of the pandemic to cut public services.

For the 13th time in 3 days, they’ve shut down debate on their plan to cut postal deliveries in half.

They think they can get away with it. But we won’t be quiet. 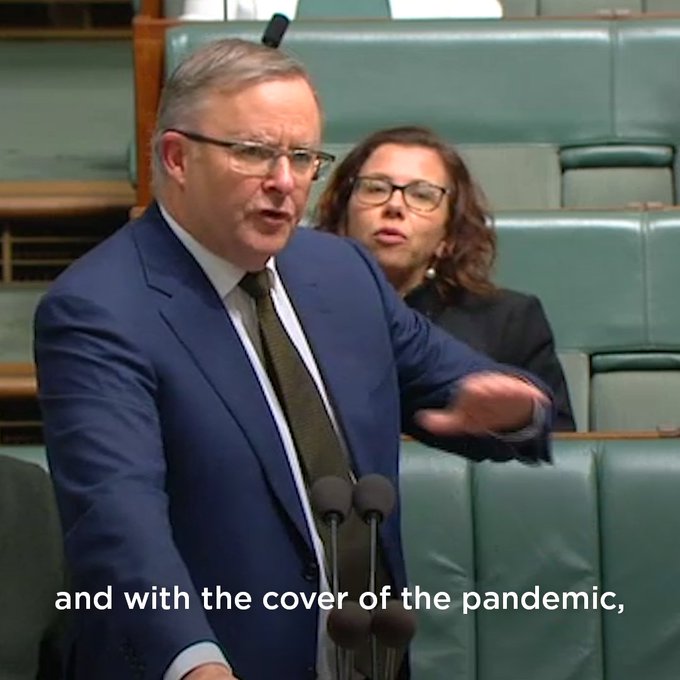 591 people are talking about this

Market analysts at NAB bank expressed shock at the number of people who left their jobs or stopped looking.

“Over the past two months, a massive 835,000 people have lost their job,” they told clients.

That figure is roughly double the population of Canberra.

Older Australians have been doing it tough during the #COVID19 pandemic & the Morrison Government is committed to helping seniors get through this crisis: 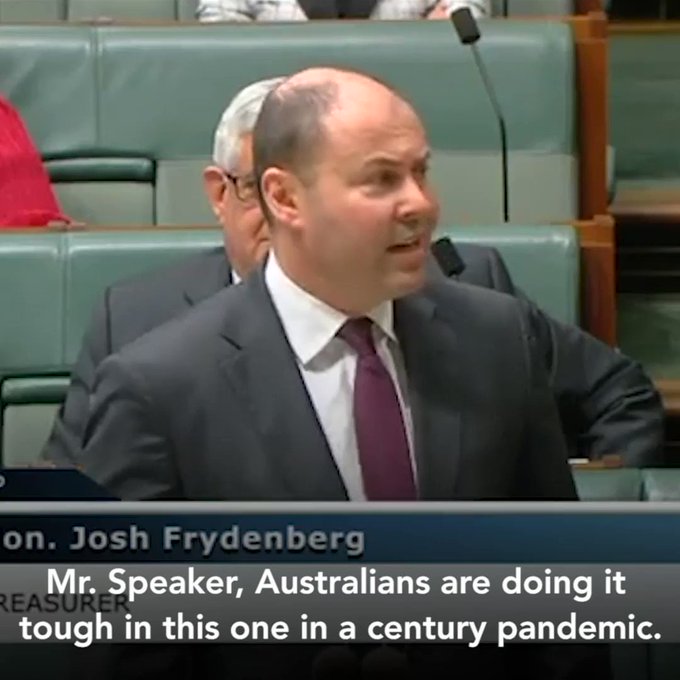 69 people are talking about this

PM Morrison: At least two years to return to normal

Morrison warned it would take at least two years for the economy to return to normal and could be set back by a second wave of infections.

He is due to face re-election by 2022 and now faces a difficult decision about whether to end massive crisis spending programs that provide income support to three million people and propping up the broader economy.

Australia’s central bank has warned against withdrawing stimulus spending too quickly, but Morrison risks upsetting the right wing of his party – which opposes many of the country’s social safety nets – if he continues the program.