Authorities in the United Arab Emirates have been putting in place a slew of measures to combat the spread of coronavirus, including shutting down historical sites and crowded places such as bars and night clubs.

The country has reported 98 confirmed cases of the new virus, with 23 recoveries as of Monday.

The UAE’s Ministry of Culture and Tourism instructed the establishments in the country on Friday to ban all pending events and close down night clubs until the end of March.

Supreme Committee for Crisis & Disaster Management requested residents on Monday to stay away from conducting parties and weddings at home, according to the official twitter feed of the Emirate’s government media office.

As part of precautionary measures to safeguard the health of the community, #Dubai’s Supreme Committee for Crisis & Disaster Management calls on the public to refrain from holding parties & wedding celebrations at home with immediate effect, until the end of the month. 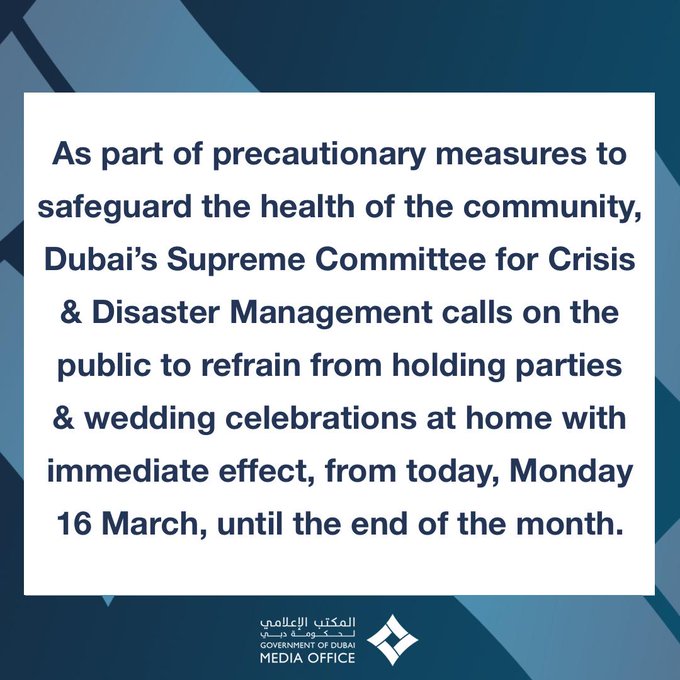 22 people are talking about this

Abu Dhabi banned all wedding parties from Sunday until the end of the month, as a preventive measure against the spread of coronavirus, the Department of Culture and Tourism said.

“In line with the prevalence measures for coronavirus, the department is instructing all tourism establishments in the emirate to ban wedding parties,” a statement from the department said. 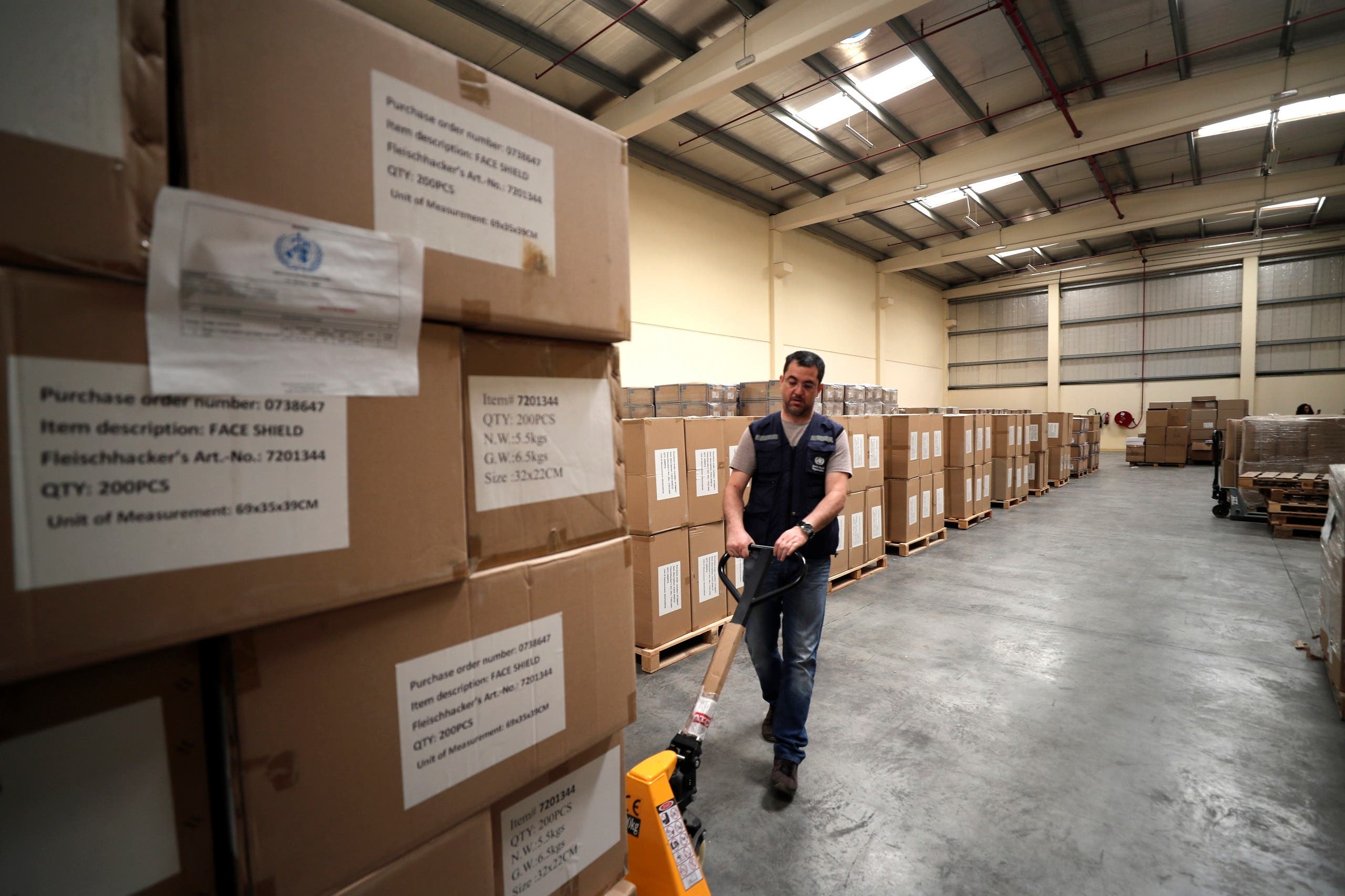 A worker pulls a cart of coronavirus aid items being prepared for shipment, at a World Health Organization, WHO, facility, part of the International Humanitarian City, in Dubai, United Arab Emirates. (AP)

The Dubai Department of Tourism and Commerce Marketing (DTCM) requested on Monday all hotels in the Emirate to close bars, pubs, lounges, swimming pools and beaches until the end of the month. The restaurants would remain open but are not allowed to serve alcohol.

Dubai also suspended all theme parks, entertainment and wedding destinations, including cinemas and concerts, until the end of March.

Dubai’s government media office said in a statement that Motiongate Dubai, Legoland Dubai, Legoland Waterpark Dubai and Bollywood Parks Dubai would be closed to ensure the health and safety of guests and employees.

Abu Dhabi announced on Saturday it would also close all tourist attractions, the Louvre Museum, and theme parks. Cinemas have also closed in the capital until further notice.

The UAE banned on Thursday cafes and restaurants in the country from serving shisha as a precaution against the spread of coronavirus.

“Those who don’t abide by the new law will be punished by a warning, fines, or restaurant closure, depending on the violation,” according to the Department of Economic Development in Abu Dhabi.

Dubai authorities also closed all fitness and bodybuilding gyms, electronic gaming centers, and spring camps from March 15, 2020, until the end of the month, according to a tweet from the Government of Dubai’s media office.

The UAE Football Association decided on Friday to suspend all matches throughout the country during the 2019-2020 season, for four weeks, the official news agency WAM reported.

Dubai’s museums, historical sites and public libraries were shut down on Sunday due to the new coronavirus, Dubai Culture and Arts Authority announced in a statement.

On Saturday, the UAE announced that the country would suspend visa issuance, and stop flights to Lebanon, Iraq, Turkey, and Syria.

The UAE has suspended the issuance of all visas to foreigners except diplomatic passport holders with effect from March 17, WAM reported.

“The move comes as part of the precautionary measures taken by the UAE in response to the World Health Organization’s declaration of Covid-19 as a pandemic, a development which reflects the high risks now associated with travel under the current circumstances,” a statement by the Federal Authority for Identity and Citizenship (ICA) said.

All scheduled passenger flights to and from the following countries have been suspended until further notice: