In a statement on Saturday, the Core Group called for the creation of “a consensual and inclusive government” in Haiti, which long before Moise’s killing had seen mounting gang violence and political instability.

“To this end, it strongly encourages the designated Prime Minister Ariel Henry to continue the mission entrusted to him to form such a government,” the statement reads.

The Core Group is composed of ambassadors from Germany, Brazil, Canada, Spain, the United States, France, the European Union and representatives from the United Nations and the Organization of American States.

The group also asked that “all political, economic and civil society actors in the country fully support authorities in their efforts to restore security”.

Moise’s assassination on July 7 has worsened the already unstable political situation in Haiti, as the Caribbean nation’s constitution is unclear about who should take over and the president had been leading by decree for more than a year amid several defunct state institutions.

Interim Prime Minister Claude Joseph has been leading the country with the backing of police and the military despite the fact that Moise had announced his replacement a day before the president was killed.

Joseph and his allies argue that the designated successor, Henry, was never sworn in, though he pledged to work with him and with Joseph Lambert, the head of Haiti’s inactive Senate.

Leading civil society activists have said any solution to the current crises facing the country must be Haitian-led. Many have rejected a push by the US and UN to hold general elections later this year, saying continuing instability makes holding a free and fair election impossible.

“This is interference,” Clesca wrote on Twitter. “Worse, this is being done while civil society & political parties are meeting to decide the way forward!” 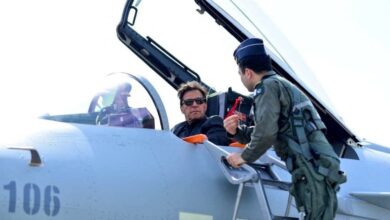 Flight that crashed in Greece carried Serbian-made ammunition for Bangladesh