As Italy prepares to take the first step on Monday to lift the lockdown imposed nearly two months ago to stem the coronavirus pandemic, tensions are mounting.

Prime Minister Giuseppe Conte has opted for a nationwide reopening, rather than lifting restrictions region by region, taking into account the distribution of infection clusters. And it’s a plan that is not without its critics.

“Thanks to the sacrifices done until today we have managed to contain the spread of the epidemic. This is a great result,” Conte said on Sunday.

“We are about to enter the phase of coexistence with the virus, and we need to be aware that during this phase the contagion curve could climb back in some areas. We need to speak honestly. This risk exists, but we need to face it with strategy and rigour.”

Italy was among the first European countries to impose strict restrictions, shutting down much of normal life on March 10. The country’s total death toll has climbed to over 28,000 – the second highest in the world after the United States – with more than 200,000 cases confirmed so far.

But come May 4, some 4.5 million workers will return to work, and many of them in the areas hardest hit by the pandemic.

Manufacturing, construction companies and some wholesalers will resume operations on Monday, but movement between regions remains forbidden, leaving it up to each territory to monitor changes and trends in infection rates. Parks will reopen across cities, with individual exercise allowed. Takeaway businesses will also be firing up their kitchens once more.

Limited family visits will be permitted, though religious ceremonies remain suspended – with the exception of funerals, which can only be performed with 15 people or fewer in attendance. Meanwhile, citizens will still be discouraged from travelling freely, with everyone being asked to carry a formal declaration giving the reasons for their being outdoors in order to avoid sanctions.

Shops, museums and libraries will reopen on May 18. Restaurants and bars will be allowed to start trading early in June. Schools will remain shut until September. 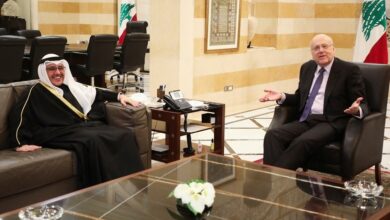