Egyptian actor Ahmed Elawady officially announced his marriage to fellow actress Yasmin Abdelaziz by changing his relationship status on Facebook to “Got Married.”

The announcement came as an unexpected surprise to the audience, especially after controversy of their relationship; when Yasmin’s brother barged in and announced that he is boycotting his sister because of her relationship with Elawady. The two parties entered into clashes and arguments after that, and social media users expected the couple’s relationship to fail. 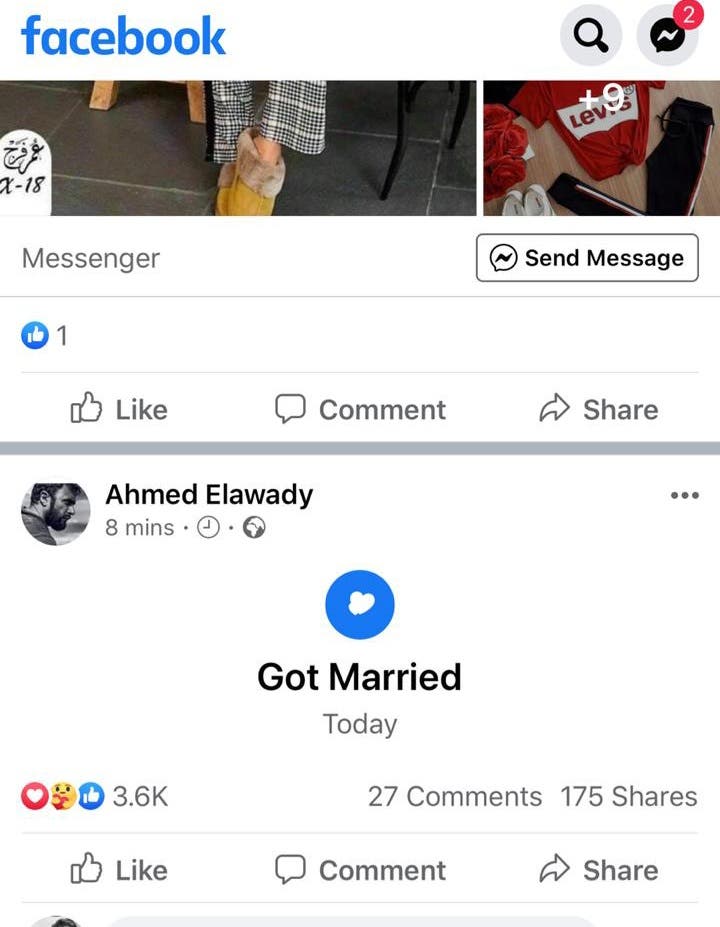