Along with a large number of protests that were based on political or economical aspects from Asia to Latin America, climate protests also hit the streets and squares around the world, thanks particularly to the Fridays For Future movement.

Climate protests were held in streets and squares around the world in 2019 demanding that world leaders address the threat of global warming, including reducing greenhouse gas emissions, with Swedish teenager Greta Thunberg spearheading a global activist movement by launching a wave of school walkouts to demand action.

The following are the major climate change protests, strikes and events that took place in 2019:

Feb. 8:
– Climate protest is held in Nantes, which is the first school strike for climate in France.

Feb. 15:
– First U.K.-wide “Youth Strike 4 Climate” demonstration is held in 60 locations with the participation of 15,000 protesters.

Feb. 21:
– Thousands of students march in Belgium’s capital Brussels to protest the government’s climate policies and call for action on climate change. Swedish teen activist Greta Thunberg also attends the strike after addressing a plenary session of the European Economic and Social Committee.

March 1:
– Thousands of students rally for the climate in the first widespread school strike in Norway.

– Students in the Czech capital Prague take to the streets demanding that politicians act urgently in order to prevent further global warming and climate change.

– Students in Kenya march to the edge of Karura Forest in Nairobi to demand action on climate change.

April 12:
– Tens of thousands of young people and children take to main streets and squares across the U.K. to protest government policies and urge action to tackle global climate change. The rallies come after a recent UN report warned that limiting global temperature rises to 1.5 Celsius above pre-industrial levels, beyond which climate impacts become increasingly severe, requires unprecedented action, including cutting global carbon dioxide emissions by almost half within 12 years.

April 15:
– Thousands of climate change activists of global environmental movement Extinction Rebellion block main roads in London in a bid to protest government inaction over rising global climate and ecological crisis. The protesters block Waterloo Bridge, one of the main passages across the River Thames, under heavy police presence.

April 25:
– Around a dozen environmentalist protesters converge on London’s financial nerve center, urging the government to declare a climate emergency. They glue themselves together in a line, blocking two entrances to the London Stock Exchange as it opened for trading.

ongregate in the Spanish capital for the COP25 UN climate summit.

Dec. 12:
– Greenpeace activists protest new action plans of European countries for climate change ahead of EU leaders’ summit. The protesters unfurl a huge banner saying “climate emergency” and set off smoke flares from behind a banner in mock fire at EU’s new headquarters in Brussels. Is Silvio Berlusconi Trying to Tease His Ex-Fiancée? 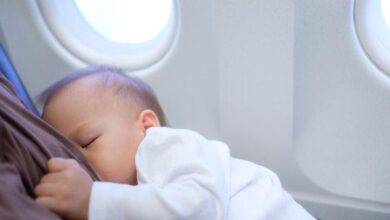