Scientists and politicians say we are facing a planetary crisis because of climate change.

But what’s the evidence for global warming and how do we know it’s being caused by humans?

How do we know the world is getting warmer?

Our planet has been warming rapidly since the dawn of the Industrial Revolution.

The average temperature at the Earth’s surface has risen about 1.1C since 1850. Furthermore, each of the last four decades has been warmer than any that preceded it, since the middle of the 19th Century.

These conclusions come from analyses of millions of measurements gathered in different parts of the world. The temperature readings are collected by weather stations on land, on ships and by satellites.

Multiple independent teams of scientists have reached the same result – a spike in temperatures coinciding with the onset of the industrial era.

Scientists can reconstruct temperature fluctuations even further back in time.

Tree rings, ice cores, lake sediments and corals all record a signature of the past climate.

This provides much-needed context to the current phase of warming. In fact, scientists estimate the Earth hasn’t been this hot for about 125,000 years.

How do we know humans are responsible for global warming?

Greenhouse gases – which trap the Sun’s heat – are the crucial link between temperature rise and human activities. The most important is carbon dioxide (CO2), because of its abundance in the atmosphere.

We can also tell it’s CO2 trapping the Sun’s energy. Satellites show less heat from the Earth escaping into space at precisely the wavelengths at which CO2 absorbs radiated energy.

Burning fossil fuels and chopping down trees lead to the release of this greenhouse gas. Both activities exploded after the 19th Century, so it’s unsurprising that atmospheric CO2 increased over the same period.

There’s a way we can show definitively where this extra CO2 came from. The carbon produced by burning fossil fuels has a distinctive chemical signature.

Tree rings and polar ice both record changes in atmospheric chemistry. When examined they show that carbon – specifically from fossil sources – has risen significantly since 1850.

Analysis shows that for 800,000 years, atmospheric CO2 did not rise above 300 parts per million (ppm). But since the Industrial Revolution, the CO2 concentration has soared to its current level of nearly 420 ppm.

Computer simulations, known as climate models, have been used to show what would have happened to temperatures without the massive amounts of greenhouse gases released by humans.

They reveal there would have been little global warming – and possibly some cooling – over the 20th and 21st Centuries, if only natural factors had been influencing the climate.

Only when human factors are introduced can the models explain increases in temperature.

What impact are humans having on the planet?

The level of heating Earth has experienced already is predicted to cause significant changes to the world around us.

Real-world observations of these changes match patterns scientists expect to see with human-induced warming. They include:

But wasn’t it warmer in the past?

There have been several hot periods during the Earth’s past.

Around 92 million years ago, for example, temperatures were so high that there were no polar ice caps and crocodile-like creatures lived as far north as the Canadian Arctic.

At times in the past, sea level was 25m (80ft) higher than the present. A rise of 5-8m (16-26ft) is considered enough to submerge most of the world’s coastal cities.

There is abundant evidence for mass extinctions of life during these periods. And climate models suggest that, at times, the tropics could have become “dead zones”, too hot for most species to survive.

These fluctuations between hot and cold have been caused by a variety of phenomena, including the way the Earth wobbles as it orbits the Sun over long periods, volcanic eruptions and short-term climate cycles such as El Niño.

For many years, groups of so-called climate “sceptics” have cast doubt on the scientific basis of global warming.

However, virtually all scientists who publish regularly in peer-reviewed journals now agree on the current causes of climate change.

A key UN report released in 2021 said it “is unequivocal that human influence has warmed the atmosphere, oceans and land”.

The COP26 global climate summit in Glasgow in November is seen as crucial if climate change is to be brought under control. Almost 200 countries are being asked for their plans to cut emissions, and it could lead to major changes to our everyday lives. 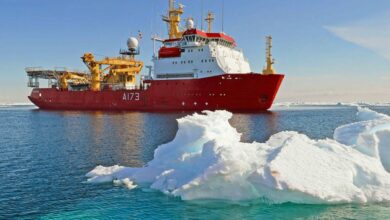 Can we Rebuild a Jurassic Park Full of Dinosaurs? 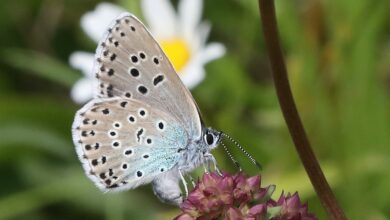 Huge recovery for butterfly once extinct in the UK