UK scientists say the recent fires in Australia are a taste of what the world will experience as temperatures rise.

Prof Richard Betts from the Met Office Hadley Centre said we are “seeing a sign of what would be normal conditions under a future warming world of 3C”.

Last year was Australia’s warmest and driest year on record.

UK researchers have carried out a rapid analysis of the impact of climate change on the risk of wildfires happening all over the world. Their study looked at 57 research papers published since the last major review of climate science came out in 2013.

All the studies in the review showed links between climate change and the increased frequency or severity of fire weather. This is defined as those periods of time which have a higher risk of fire due to a combination of high temperatures, low humidity, low rainfall and high winds.

The signal of human-induced warming has become clearer in different parts of the world with the passage of time. A paper published last year suggests the impact of climate change could be detected outside the range of natural variability in 22% of land that’s available for burning.

“Overall, the 57 papers reviewed clearly show human-induced warming has already led to a global increase in the frequency and severity of fire weather, increasing the risks of wildfire,” said Dr Matthew Jones, from the University of East Anglia, and the lead author of the review.

However, the review says that the dramatic fire situation witnessed in Australia in recent months is “challenging to diagnose”.

Naturally occurring weather patterns have played a significant role in creating the right conditions for wildfires. Conditions in the Indian Ocean and the Pacific have meant hot, dry spells across the country.

But the influence of human-driven climate change is also in the mix.

“This (the fires) would have happened naturally but we can be confident that they have been made hotter because of man-made climate change,” said Prof Betts.

Speaking at the launch of the global review, he pointed to the fact that Australia is now about 1.4C warmer than the global average temperature was in the pre-industrial period.

“Temperatures in December in Australia, that have occurred recently, they are extreme for now but they would be normal under a world getting on for three degrees of warming, so we are seeing a sign of what would be normal conditions under a future warming world of 3 degrees,” Prof Betts explained.

Right now, the world has warmed around 1C since the 1850s. Even with current government plans to limit emissions of CO2, the world is on course for around 3C of warming by the end of this century.

Other experts involved in the review say that people are seeing the signal of global warming “with their own eyes” when it comes to wildfires and heatwaves.

“These are impacts we are seeing for one degree of global climate change. The impact will get worse as long as we don’t do what it takes to stabilise the world’s climate,” said Prof Corinne Le Quéré, from the University of East Anglia in Norwich.

“And what it takes is to bring CO2 and other long-lived greenhouse gases down to net zero emissions. If we don’t do it, we will have much worse impacts – so what we are seeing in Australia is not the new normal, it’s a transition to worse impacts.”

The details of the papers included in the review can be found at the ScienceBrief online platform.

Get to Know the Art Scene of Neanderthals 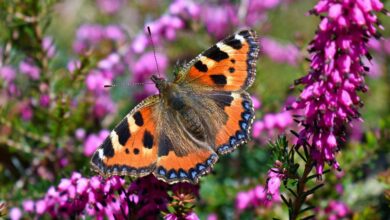