The pace of UK government plans to set new targets for cleaner air has been criticised by campaigners.

Ministers have decided that tough standards for harmful PM2.5 particles will not come into force until 2040.

Health campaigners say 2040 is too late, but ministers say it is the earliest realistic date given the number of sources of the pollution.

It says particulates can trigger heart attacks and strokes, increase the risk of asthma attacks, cause lung cancer, and stunt the lung-growth of children.

PM2.5 particles are generated by road transport, as well as manufacturing, construction and the use of solvents.

Katie Nield, from the environmental law charity ClientEarth, called on ministers to “seriously reconsider” their plans.

She added: “Another generation of children will be exposed to toxic pollution far above what the world’s top scientists think is acceptable.”

The government said: “The targets to cut PM2.5 will reduce exposure to the most harmful air quality across the country and in locations where levels are highest, with a 50% cut in acceptable levels.

“That goes well above and beyond previous EU targets while remaining achievable”.

Meanwhile, a similar criticism has been levelled at the target for nature recovery, which forms part of a consultation on details in the government’s Environment Act.

The government’s consultation promises a 10% increase in species diversity over 2030 levels by 2042.

Richard Benwell of Wildlife Link said: “We have seen a 150-year decline, so it’s great that the government wants to arrest that. But under today’s plan we could end up no better off than we are today.”

He also complained about the absence of targets to ensure the quality of legally protected areas, and of a long-term target for the condition of rivers and streams, although there are now targets for pollution from farmers and water companies.

Beccy Speight of the RSPB said the species target showed “a woeful lack of ambition from our government in keeping common species common and protecting the spaces that wildlife depends on”.

“We need a roadmap for restoring nature within a generation, but these proposals are an alarming sign that decision-makers feel what we see today in our nature-depleted country is good enough,” she added.

“In a post-EU era, we now have the freedom to move towards a system that focuses on nature’s recovery as well as its preservation, and which places more emphasis on science and less emphasis on legal process.”

The criticisms come as the government is also under scrutiny for its climate change policies. 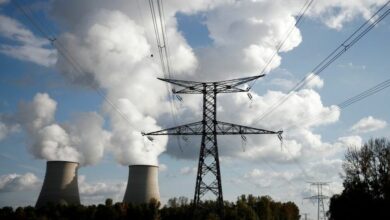 Looking For The $1 Million: 60 Egyptian Universities Compete For The 2021 Hult Prize 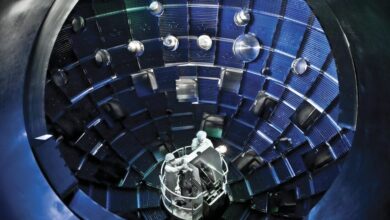