The latest clashes in Sudan’s Darfur region between Arab and non-Arab groups have left more than 100 people killed, a tribal leader said on Monday.

Repeated clashes in the region since late last year have now left several hundred people dead as Sudan grapples with the fallout from a coup in October led by army chief Abdel Fattah al-Burhan.

Hashem said the deaths were largely among the Gimir tribe during clashes with the Arab Rizeigat tribe.

It was not immediately clear how many were killed among the Arab tribe.

The fighting broke out last week following a land dispute between two people, one from the Rizeigat and another from the Gimir. It took place near Kolbus, about 160 kilometers (100 miles) from the state capital El Geneina.

Hashem said “many people” from his tribe have gone missing since the violence broke out and which was continuing on Monday.

West Darfur state, the arid region of Sudan bordering Chad, has been gripped in recent months by the deadly bouts of violence.

In April, more than 200 people were killed in clashes between Arab and non-Arab groups in West Darfur.

On Monday, UN special representative Volker Perthes said he was “appalled” by the violence in Kolbus.

“The cycle of violence in Darfur is unacceptable & highlights root causes that must be addressed,” he said on Twitter.

The Darfur region was the scene of a civil war during the three-decade rule of president Omar al-Bashir.

He armed some Arab groups — known as Janjaweed — to fight ethnic minority rebels demanding an end to marginalization by his Arab-dominated regime. 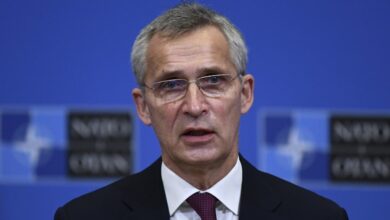 Large fire breaks out in garden in Iran’s Shiraz: Reports