Security forces and young men clashed in Lebanon’s capital Friday after around two hundred people protested against the French president’s defense of the right to publish cartoons seen as offensive to Islam.

Demonstrators marched towards the residence of the French ambassador waving black and white flags with Islamic phrases after Friday prayers, but dozens of riot police on the street outside blocked their path, an AFP photographer said.

At the end of the demonstration, a few protesters lobbed stones and bottles at the security forces, who responded with tear gas. 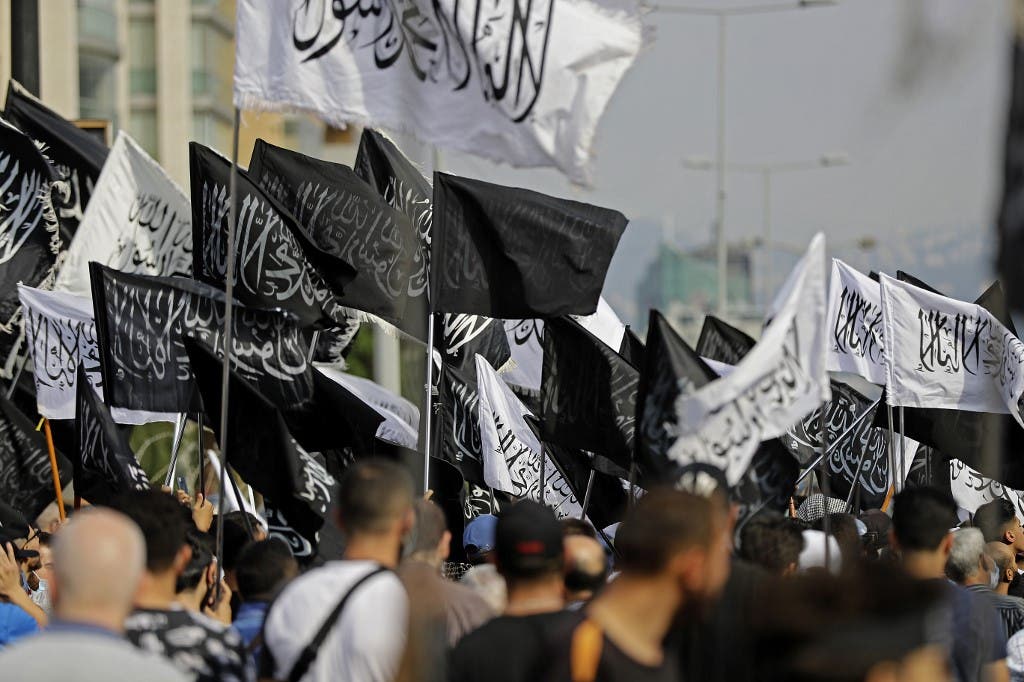 Lebanese demonstrators lift Islamic flags at a rally to protest comments by the French President seen as offensive to Islam, near the residence of the French Ambassador in the capital Beirut, on October 30, 2020. (AFP)

The protest comes amid anger in the Islamic world over French President Emmanuel Macron’s defense earlier this month of the right to publish cartoons of the Prophet Mohammed.

Macron made the comment after an extremist on October 16 beheaded history teacher Samuel Paty in a Paris suburb for showing pupils cartoons of the prophet – earlier published repeatedly by French satirical magazine Charlie Hebdo – in a class on free speech.

One protester at the demonstration held a cartoon portraying Macron as a snake.

“France is in crisis because of Macron,” read his sign in Arabic and French. “Islam is dear” to us.

Macron earlier this month described Islam as a religion “in crisis” worldwide.

France has been on high alert since a January 2015 massacre at Charlie Hebdo in the wake of its initial publication of caricatures of the prophet.

That massacre marked the beginning of a wave of attacks labelled as “jihadist attacks,” that have killed more than 250 people.

A knife-wielding man killed three people at a church in the French city of Nice on Thursday.

Charlie Hebdo republished the cartoons last month, as the trial opened for 14 suspected accomplices in the 2015 attack against the magazine.

Similar cartoons published in Denmark in 2005 triggered a global backlash from Muslims, including in Lebanon.

The Danish consulate building in Beirut was set ablaze in February 2006 in clashes in which at least 28 people were wounded, and Denmark called on its nationals to leave Lebanon.