The United Nations’ new humanitarian chief has denounced “dangerous” accusations by Ethiopian government officials that aid workers were biased in favour of rebels in Tigray, where a brutal conflict between federal troops and forces loyal to the northern region’s rulers erupted nine months ago.

Speaking to reporters at the end of a six-day visit to Ethiopia, Martin Griffiths also called for access to allow desperately needed aid into the mountainous region where the UN says hundreds of thousands of people are suffering from famine.

“They are unfair, they are unconstructive, they need to be backed up by evidence if there is any and, frankly, it’s dangerous.”

At least a dozen aid workers have been killed since the government sent troops into Tigray in November to remove the leaders of the Tigray People’s Liberation Front (TPLF), which for decades dominated national politics until Prime Minister Abiy Ahmed came to power in 2018.

They include three staff with Doctors Without Borders who were killed in June, prompting the international medical charity, known by its French acronym MSF, to suspend operations in parts of the region.

Last month, senior government official Redwan Hussein accused some aid groups of “arming the other side”, meaning the TPLF but gave no details.

Abiy, the winner of the 2019 Nobel Peace Prize, said the army’s military operations in Tigray – backed by forces from neighbouring Eritrea, whose government has been a longtime foe of the TPLF and fighters from Ethiopia’s Amhara region – were in response to TPLF attacks on federal army camps and promised victory would be swift. The TPLF said federal forces and its allies launched a “coordinated attack” against it.

The prime minister declared victory in late November after the army entered the regional capital, Mekelle. Fighting, however, continued amid growing reports of massacres, rape and widespread hunger.

In late June, the war took a stunning turn when pro-TPLF forces retook Mekelle and the federal army largely withdrew.

Aid workers have complained that, even though Abiy declared a unilateral humanitarian ceasefire, aid access in Tigray is as bad as ever, hobbled by insecurity and bureaucratic hurdles.

MSF said on Tuesday its Dutch section had been ordered to suspend activities in Tigray and three other regions for three months, warning that the move would have “dire consequences” for its beneficiaries.

“We are in the process of urgently seeking clarification from the authorities around the reasons and details for this suspension,” MSF said in a statement.

The Norwegian Refugee Council (NRC) said it was also ordered to halt operations with immediate effect. Its spokesman said in a statement the aid group was in “dialogue with authorities”.

On Wednesday, the Ethiopian government said both MSF and NRC “have been disseminating misinformation in social media and other platforms outside of the mandate and purpose for which the organisations were permitted to operate”.

It did not provide specific examples of the alleged misinformation.

‘We need the war to end’

As of last week, only one 50-truck aid convoy had been able to enter Tigray since the TPLF retook Mekelle, although Griffiths said on Tuesday additional trucks had got through via the one open land route from the east.

The route involves multiple checkpoints where staff have been “interrogated, intimidated and in some instances detained”, the UN said last week.

Griffiths’ own two-day trip to Tigray was delayed when his plane and everyone on board were searched in a process that took five hours, two humanitarian officials told the AFP news agency.

Griffiths on Tuesday reiterated the UN’s estimate that 100 aid trucks needed to reach Tigray every day.

“We need assured access routes by land as well as, of course, our own flights going in and out of Mekelle. And frankly, we need the war to end,” he said.

At least two land routes into the region are likely needed, he added, while acknowledging the “difficulty” of establishing a route via Sudan.

Mitiku Kassa, the head of Ethiopia’s disaster response agency, on Tuesday denounced “pressure by some Westerners and their institutions to have a corridor opened” from Sudan into western Tigray.

Since the rebels retook Mekelle, they have launched a new offensive into neighbouring Afar and Amhara regions.

‘I don’t feel safe’: Asians in the UK reflect on a year of hatred 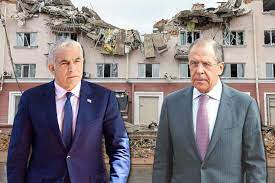 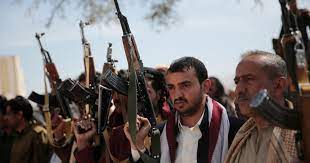 Israel: PM Netanyahu accused of ‘illegitimate use’ of power