Thousands of Syrians are fleeing to an ever-shrinking safe zone in Idlib province as the regime steps up its bombardment of the last opposition-held area in the country’s northwest.

Since December 1, 2019, more than 875,000 people have been displaced by the combined air and ground offensive in Idlib.

The Syrian regime, with Bashar al-Assad at the head, has gained control of the strategic M5 highway connecting Damascus and Aleppo and is now stepping up its campaign to capture the areas of Idlib and Aleppo provinces held by opposition groups, sparking the latest humanitarian crisis in Syria’s nine-year-long war.

“People are facing a desperate situation,” said Julien Delozanne, head of the Médecins Sans Frontières (MSF) mission for Syria. “Attacks are now taking place in areas that were previously considered to be safe. The people fleeing north are being squeezed into a territory that is getting smaller and smaller, between the frontline to the east and the closed Turkish border to the west.” 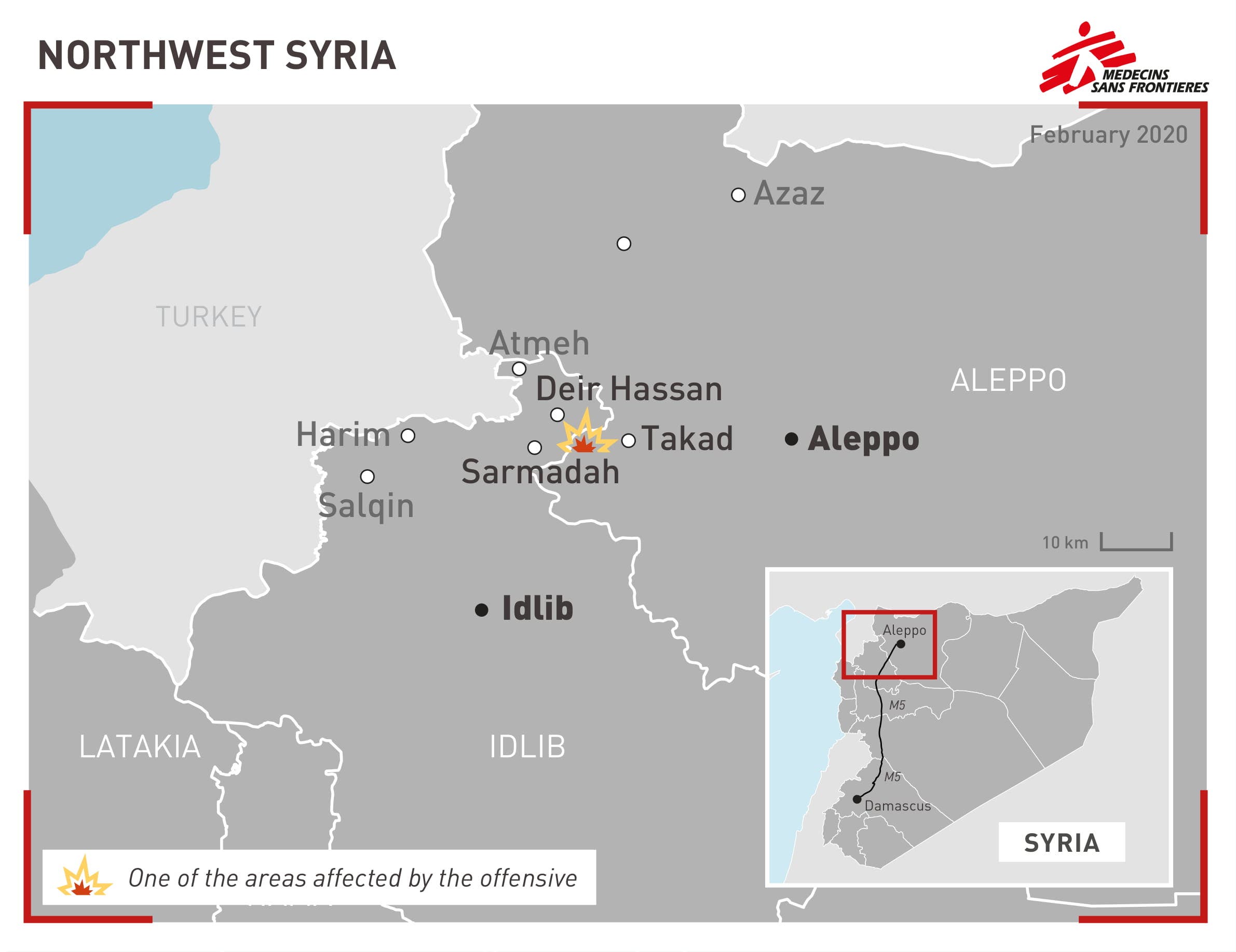 The regime, backed by Russian aircraft, has recently intensified its assualt on the opposition-held areas in Idlib province and the western areas of Aleppo province. Many of the Syrian civilians in the area are already in camps, having been transferred there alongside opposition fighters in deals with the regime as it recaptured cities elsewhere in Syria through siege and bombardment.

This week, shelling hit camps around the town of Sarmadah, which hosted refugees fleeing the fighting in southern Idlib. Takad and other towns have also recently come under fire, forcing residents to flee into an increasingly small zone of opposition control.

“The only people who have stayed are the ones who can’t afford a vehicle or don’t know where to go. We are moving our medical supplies to another location and I am looking for a safe place to resume our activities in an area where the medical needs are becoming more and more urgent,” said Dr. Mustafa Ajaj, a local doctor and director of the health center supported by MSF in Takad.

MSF said that gaining access to healthcare has become increasingly difficult as the frontline continues to move and a number of hospitals in the area have been hit and destroyed. The remaining two hospitals in the western Aleppo countryside have closed as the cities that in which the hospitals were located in have come under attack.

Dr. Ajaj had initially refused to move his family from Takad, but said recent the recent intensification of airstrikes has made it impossible to live there any longer. 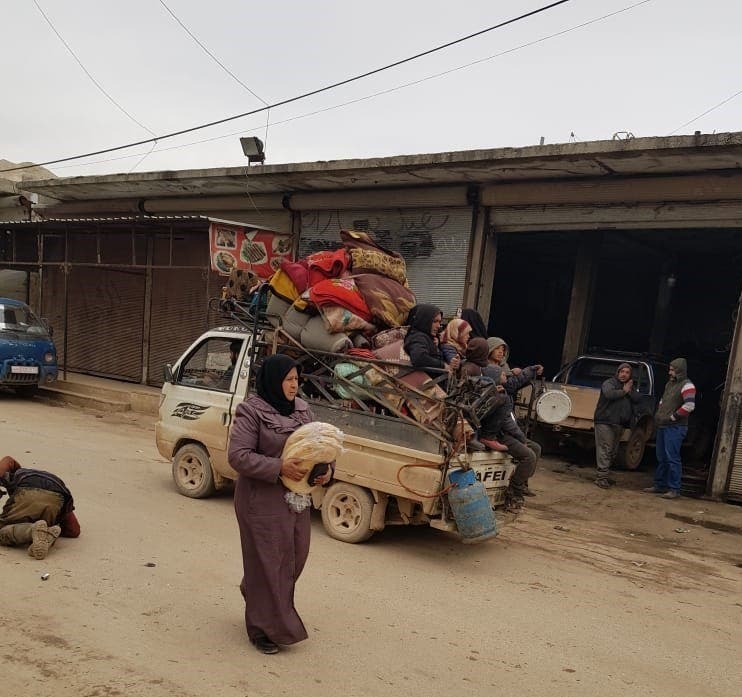 A family flees their home by car in Idlib province. (MSF) 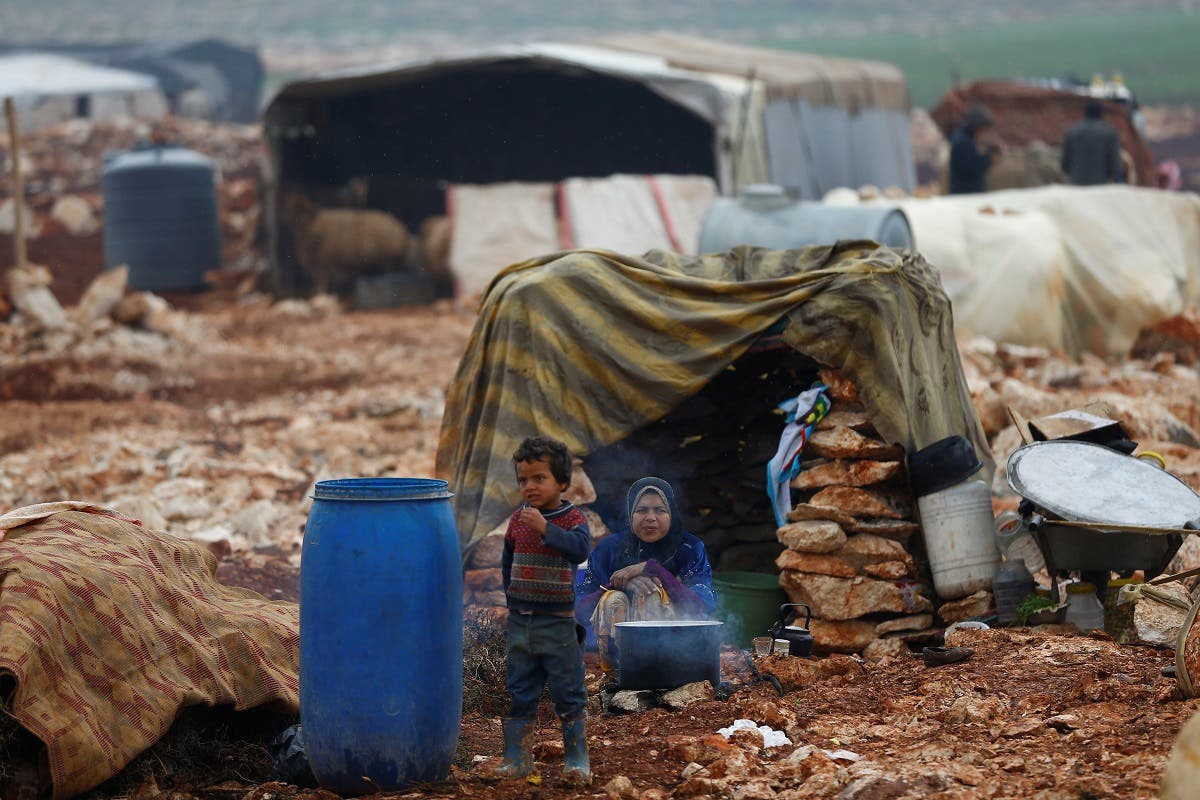 Displaced Syrians are pictured at Kelbit refugee camp, near the Syrian-Turkish border, in Idlib province. (Reuters)

Pushed toward the Turkish border

The government assault has pushed many of the region’s inhabitants, many of whom have already been displaced multiple times, into makeshift refugee camps.

“The whole area is covered in tents, and the closer you get to the Turkish border, the more tents there are. Those who can’t afford to buy a tent are sharing tents with other families,” said a doctor working in the Deir Hassan camp in the north of Idlib province, 30 kilometers west of Aleppo. 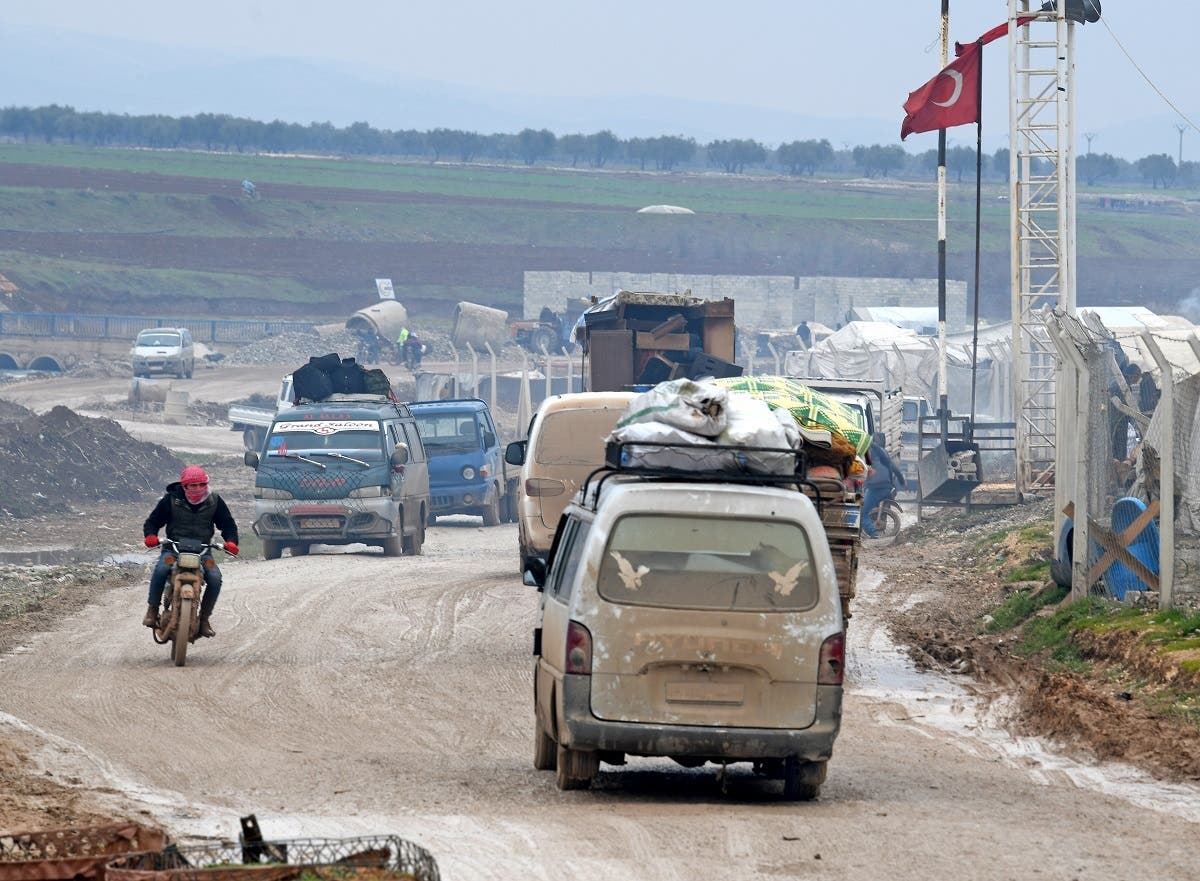 Displaced Syrians flee the countryside of Aleppo and Idlib provinces towards Syria’s northwestern Afrin district near the border with Turkey on February 13, 2020. (AFP)

Turkey, Russia, and the crisis

Turkish President Recep Tayyip Erdogan has warned of a humanitarian catastrophe and promised to not let Idlib fall. Turkey backs opposition groups against the al-Assad regime and has observation posts in the region that it recently reinforced with a vehicle convoy.

With Turkey backing the opposition and Russia backing the regime, the most recent clashes in Idlib have strained Russian-Turkish relations across the region. This month, six Turkish soldiers were killed, prompting a war of words between the two countries.

On Thursday, Erdogan warned the Syrian regime that it was only a “matter of time” before a Turkish military operation the area, giving what he said was the “last warning” to the Syrian regime. Russia described the move as the “worst possible scenario.”

But back on the ground in northern Syria, civilians are suffering from the cost of the conflict.

“People are lost and have no idea what is going on. Fear has devastated us. We don’t know what’s going on politically, and we don’t know what will happen in the future,” said the doctor from Deir Hassan camp.

“No one knows what the situation will be tomorrow, only that there are bombings and that government forces are advancing. All we want is a safe place to live,” the doctor added. 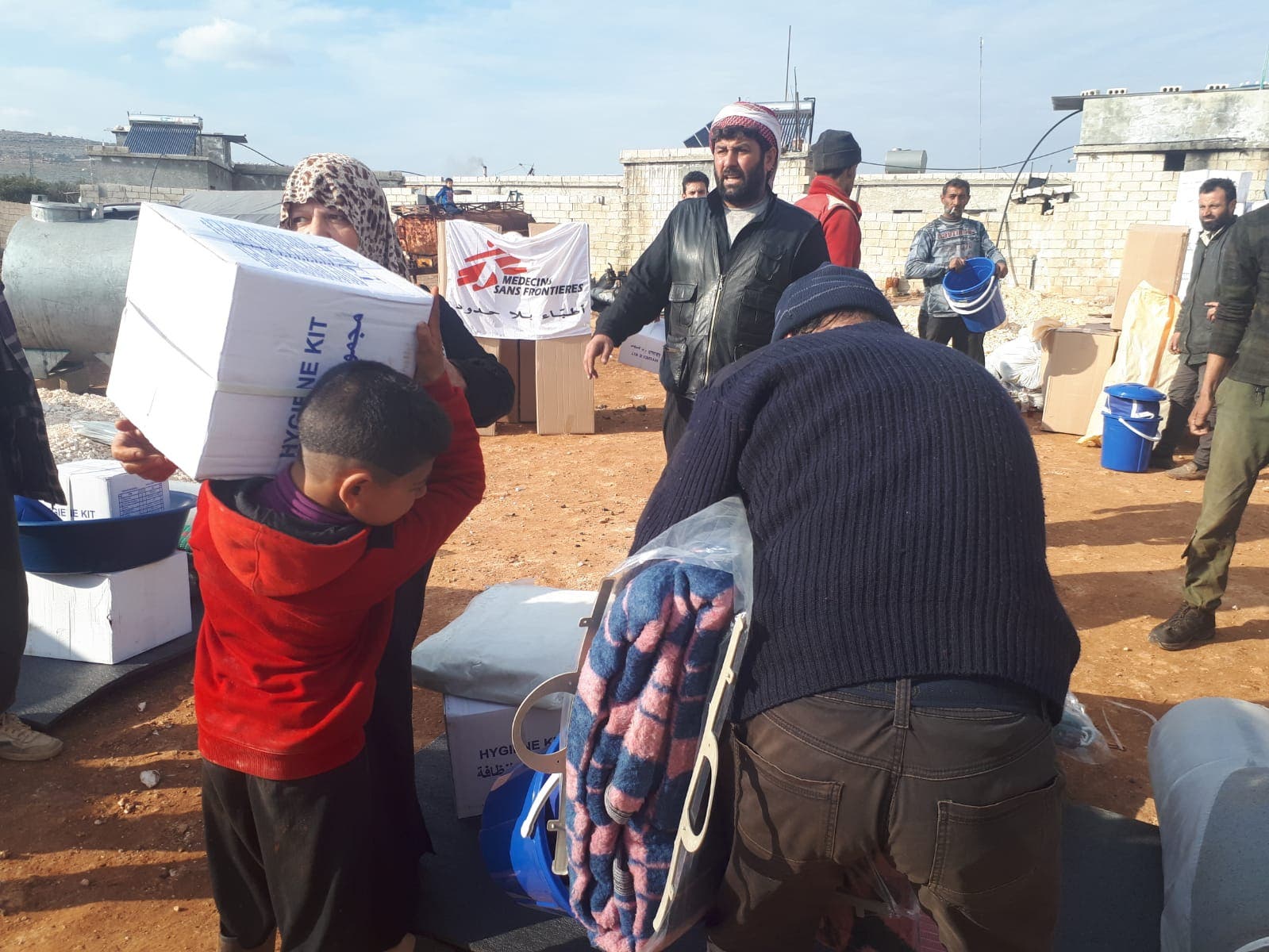 US meets with Lebanon security head to resolve Israel dispute