The Beijing-backed expansion of traditional Chinese medicine (TCM) in many African countries risks fuelling the illegal wildlife trade and threatens the future of some of the world’s most endangered species, a new report has warned.

The growth of the TCM market, coupled with the perception of Africa as a potential source of TCM ingredients, is a “prescription for disaster for some endangered animal species, such as leopards, pangolins and rhinos”, the London-based Environmental Investigation Agency (EIA), which investigates wildlife and environmental crime, said in the report published on Wednesday.

China has been promoting traditional medicine, which dates back more than 2,500 years, alongside its flagship Belt and Road Initiative, which is developing road, rail and other major infrastructure projects across Africa.

While most treatments are plant-based, demand from the industry has been blamed for pushing animals, including pangolins and rhinos, to the brink of extinction.

“Ultimately, the unfettered growth of TCM poses a serious threat to the biodiversity found in many African countries, all in the name of short-term profit,” EIA Wildlife Campaigner Ceres Kam said in a statement.

“Any utilisation of threatened species in TCM could potentially stimulate further demand, incentivise wildlife crime and ultimately lead to overexploitation.”

The report, Lethal Remedy: How the promotion of some traditional Chinese medicine in Africa poses a major threat to endangered wildlife, said TCM products had never been more accessible in Africa, with TCM companies and clinics established in countries across the continent and Beijing stepping up promotional activities in line with the COVID-19 pandemic.

It said some retailers were looking to establish complete supply chains from source to sales, and urged stricter oversight of TCM as well as government action to prevent the use of threatened wildlife in its products.

While China has sought to crack down on rare species in traditional medicine, there are still some who prescribe such remedies as aphrodisiacs or to treat illnesses from cancer to skin conditions. The status of a ban on the use of rhino horn and tiger parts imposed in 1993 and suddenly lifted in 2018 before the government made an apparent u-turn, remains uncertain.

“We understand that traditional medicine is integral to many cultures and plays an important role in healthcare in Africa and beyond,” Kam said.

“Our very real concern is that such a huge expansion of TCM in Africa, as is happening under China’s Belt and Road Initiative, will have the knock-on effect of drastically increasing demand for treatments containing wildlife and, in turn, cause more species to become threatened or extinct.”

With the COVID-19 pandemic continuing, healthcare, including strengthening the ties between TCM and traditional African medicine, is likely to be a key issue at the forthcoming Forum on China-Africa Cooperation (FOCAC), which is due to start in Senegal later this month.

The EIA noted that South Africa, Cameroon, Tanzania and Togo were among African countries that had already signed agreements with China to develop TCM while South Africa and Namibia had recognised TCM as of their public health systems.

China replaced the United States as Africa’s largest trading partner in 2009, and total trade topping $200 billion in 2020, according to the Africa Center for Strategic Studies. 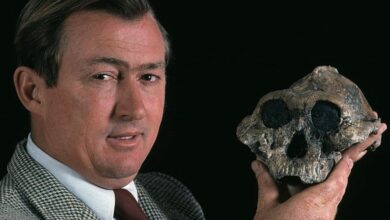 How Was Latin American Architecture Inspired by Islam?