China plans to rewrite the Quran and Bible to “reflect socialist values” amid a crackdown on the country’s religious minority groups, according to local reports.

Modified versions of the Quran and the Bible will exclude any content deemed to go against the beliefs of the country’s Communist Party, a top party official said.

Content seen by censors as a deviation from the party’s beliefs will be amended or re-translated, the party official added.

Although the Bible and Quran were not specifically named, the party has called for a “comprehensive evaluation of the existing religious classics aiming at contents which do not conform to the progress of the times”.

China has faced growing international condemnation for rounding up an estimated one million Uighurs and other mostly Muslim ethnic minorities in a network of internment camps.

Beijing initially denied the existence of the camps, but now says they are “vocational training centres” necessary to combat terrorism.

Read also: 10 things you need to know about China’s Xinjiang crisis
It said earlier this month that all “students” have graduated but indicated people were still “entering and exiting” the facilities. 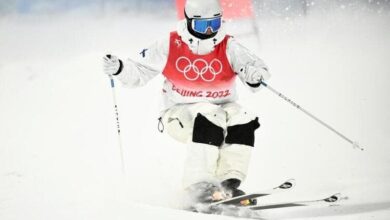 Saudi Skier Shrugs Off Pressure of The Beijing Winter Olympics Doctors Shocked After Baby Girl Born Without an Anus in India