China has fired two missiles, including one dubbed an “aircraft-carrier killer”, into the South China Sea, according to a news report, in a pointed warning to the United States as tensions in the disputed sea lane rise to new levels.

In response, Mark Esper, the US defence chief, said China has repeatedly fallen short of promises to abide by international laws, noting China seems to be flexing its muscles the most in Southeast Asia.

The two missiles were reportedly fired in the direction of the area between Hainan province and the disputed Paracel Islands, the Hong Kong-based publication added, quoting an unnamed source.

According to the newspaper, a US U-2 spy plane had reportedly entered a Chinese-designated “no-fly zone” on Tuesday without permission during a live-fire naval drill conducted by China in the Bohai Sea off its north coast. 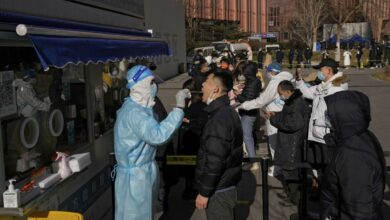