Ten people have died and 23 remain trapped under the rubble of a collapsed hotel building that was used to quarantine people under observation for the coronavirus in the Chinese city of Quanzhou.

Of the 71 people who were initially trapped, authorities have rescued 48, of whom 38 were sent to hospitals.

Most of the people inside the hotel at the time of the collapse had not tested positive for the coronavirus but were put under preventive quarantine to monitor their health.

The accident has angered the local community, according to Al Jazeera’s Katrina Yu, reporting from Beijing.

“There is frustration because this is an example of heavy-handed restrictions being used to protect the community from the coronavirus,” she said.

“At the same time, it is having devastating consequences for people who were waiting to go through their quarantine before being released.”

The owner of the building, a man surnamed Yang, has been summoned by police, according to state media outlet Xinhua. The preliminary investigation revealed that the building’s first floor was under renovation at the time of the collapse.

Authorities said construction workers called the hotel’s owner minutes before the collapse to report a deformed pillar, according to AFP news agency. 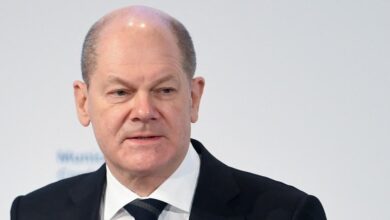 Algeria to review ties with Morocco after ‘hostile acts’