Hong Kong reported its first death from the new coronavirus on Tuesday – only the second outside mainland China – as the death toll from the outbreak rose to at least 425 and China admitted “shortcomings and difficulties” in its response to the flu-like infection.

The Hong Kong victim was a 39-year-old man who had recently travelled to Wuhan, where the virus originated, and had underlying health problems, the authorities said. It was the second death recorded outside mainland China – the first was in the Philippines on Sunday.

Meanwhile, China’s National Health Commission reported 64 new deaths as of midnight on Monday – the biggest daily increase since the virus was first detected late last year. Wuhan and the surrounding province of Hubei have been effectively sealed off from the rest of the country for more than a week.

There are now 20,438 people confirmed to have the infection in mainland China.

Late on Monday, the Standing Committee of the Politburo – the country’s top leadership – met in Beijing and acknowledged “shortcomings and difficulties” in China’s response to the outbreak.

“This is very rare sort of language to hear,” Al Jazeera’s Adrian Brown said from Hong Kong, where he is reporting from the border. “This was the senior leadership of the party essentially admitting they had failed the people. They said officials who had made mistakes would be punished. And they said China would have to improve the way it responded to this sort of national emergency in the future.”

Other countries have rushed to evacuate their citizens from Hubei and its capital city, Wuhan, while many have also imposed extraordinary travel restrictions on travellers to and from China.

More than 150 cases have been reported in two dozen other countries, with the United States reporting the second case of human-to-human transmission on Monday.

Medical workers went on a strike to pressure the government into instigating a full border closure with mainland China.

According to Dr Deacons Yeung, HA director of cluster services, public hospitals can currently maintain only basic emergency surgery services due to the absence of staff.

Taiwan calls China ‘vile’ for limiting WHO access during virus outbreak
Taiwan dramatically escalated its war of words with Beijing over the island’s exclusion from the World Health Organization, saying “vile” China was preventing Taiwan from getting timely information about the coronavirus outbreak.

Taiwan is not a WHO member because of China’s objections. Beijing says the island is a wayward Chinese province an

France warns against travel to China
France’s government has joined the United Kingdom in warning against any non-essential travel to China and suggesting that all of its citizens in China leave while the new virus is still spreading.

The Foreign Ministry issued the travel warning Tuesday based on measures taken by Chinese authorities, and on “the evolution of the epidemic”.

It said France’s embassy and consular services in China will continue to help French people who decide to stay in China.

WHO joins forces with Google to fight ‘infodemic’ about virus
The WHO’s chief of global infections hazard preparedness says the UN health agency has teamed up with Google and other social media outlets to help fight an “infodemic” about a viral outbreak in China.

Dr Sylvie Briand explored the difficulties of getting facts straight about the coronavirus outbreak.

Expert warns disease appears to be ‘on the rise’
A doctor who led the WHO’s response to the 2002-03 SARS outbreak said it is too early to tell when the new coronavirus will peak, but that it appears the disease is still on the increase.

Dr David Heymann said the spike in China’s caseload in recent days was partly attributable to the fact that Chinese officials expanded their search to include milder cases, not only people with pneumonia.

Heymann said as the new virus starts to spread beyond China, scientists will gain a much better understanding of the disease.

Royal Caribbean also said it would deny boarding to people who had visited mainland China or Hong Kong over the past 15 days. It will also screen Chinese and Hong Kong passport holders and people showing flu-like symptoms.

Crude prices have tumbled since the outbreak in the world’s second-biggest economy, which is a huge consumer of crude.

“Depending on the needs of the market and how it’s been affected by the coronavirus, will a cut be necessary? This is being discussed as the technical reports are presented,” said Iraq’s oil ministry spokesman Assem Jihad.

US White House’s adviser: ‘It’s not a disaster’
The coronavirus outbreak will likely have some effect on US supply chains, but the effects will probably not be catastrophic, White House economic adviser Larry Kudlow said in an interview with Fox Business Network.

“It’s not a catastrophe. It’s not a disaster,” Kudlow said, adding later: “We’ve been through this before and I just think the impact is minimal.”

Plane brings Thais back from China’s virus-hit Wuhan
A plane carrying Thais from Wuhan arrived in Thailand late on Tuesday.

The plane, which arrived at U-Tapao airport in the eastern Rayong province, was carrying 138 Thais, all of whom were healthy, public health minister Anutin Charnvirakul said ahead of the plane’s arrival.

They will be quarantined for 14 days in a navy resort near the Thai navy base in Sattahip, Chonburi, east of Bangkok.

Those evacuated will be held in quarantine for 14 days in Siberia’s Tyumen region.

is adequately represented in the organisation by China.

Taiwan says it is not and has never been part of the People’s Republic of China. 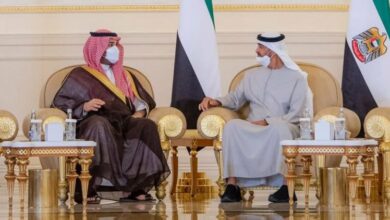 Estonia condemns ‘set-up’ detention of its diplomat in Russia