In early January, as the world waited to see whether the United States’s addiction to carnage and destruction would lead to all-out war with Iran, US congresswoman Ilhan Omar remarked: “[E]very time I hear conversations around war, I find myself being stricken with PTSD [post-traumatic stress disorder].”

At the age of eight, Omar fled war-torn Somalia for Kenya, where she spent four years in a refugee camp. Her PTSD comment generated mockery and rage from the usual suspects in the US political establishment and commentariat; apparently, US soldiers deserve a monopoly on this particular disorder and refugees need not apply.

But in an age of unprecedented levels of forced human displacement – in which, according to the UN Refugee Agency, over half of the world’s refugees are children – the prevalence of psychological trauma among refugee youth should be an issue of utmost urgency for anyone concerned with, you know, the future.

Trauma incubators
Take, for example, the severely overcrowded Moria refugee camp on the Greek island of Lesbos, currently home to some 7,000 migrant children. In 2018, reports emerged of children as young as 10 attempting suicide; more recently, a psychologist in the camp warned that preschool-aged kids were banging their heads against walls and pulling out their hair, among other behaviours, while children as young as seven said they wanted to die.

Such camps serve as incubators for trauma – which for many children is cumulative and multifaceted, encompassing traumatising experiences in the home country, traumatising experiences during migration, and the trauma of being trapped in unsanitary and unsafe camps that offer no space for psychological recovery or hope. Obviously, having parents who are themselves traumatised can also have serious repercussions on a child’s mental health.

Caoimhe Butterly – an Irish trainee psychotherapist and director of the award-winning documentary The Border, who has spent six years visiting refugee camps in Greece, Calais and the Balkans – told me that children in the camps are increasingly “expressing distress, despair and hyper-vigilance or self-harm” as well as “withdrawal and shut-down”.

Children are the “casualties of policies of containment and the cruelty of indefinite limbo”, she said, and the “cognitive, emotional and physiological impacts of a system that is in itself re-traumatising are resulting in a profound crisis”.

Psychological debt
The crisis is similarly on display in the Pacific island nation of Nauru, notorious for its service on behalf of Australia as an offshore migrant detention centre. A New York Times excursion to Nauru produced such soundbites as this one from eight-year-old Sri Lankan refugee Sajeenthana, who had been a de facto prisoner of the island since the age of three: “One day I will kill myself … Wait and see, when I find the knife. I don’t care about my body.”

And while the US had pledged to lend an unusual hand by taking in some of the Nauru refugees, a subsequent wave of US rejections of refugee resettlement applications had reportedly “contributed to a rapid deterioration of people’s mental states”, the Times noted.

To be sure, the US is in great psychological debt to the rest of the world – particularly on account of its habit of waging devastating wars that traumatise people and drive them from their homes.

In addition to US-waged slaughter-fests like Afghanistan and Iraq, the empire has also enabled all manner of other bloodshed, including the Saudi-led conflict in Yemen. In August 2018, a US-supplied bomb killed 40 children on a school bus in Saada.

As for other obstacles to the physical and psychological wellbeing of Yemeni youth, even UNICEF does not mince words with its assessment that Yemen has “become a living hell for the country’s children”, who are “being robbed of their futures”.

‘Designed to traumatise’
The US border, too, is a prime trauma spot. Recent years have seen migrant children forcibly separated from their parents, kept in cages, and sexually abused in US custody. Visitors to the “border prison camps” have observed that some of the children are “too traumatised to even interact”.

Now, with Donald Trump’s decision to force many asylum seekers to wait indefinitely on the Mexican side of the border – in positions of extreme vulnerability – as their asylum claims are processed, there is talk of another burgeoning mental health crisis.

Ariana Sawyer of Human Rights Watch (HRW) speculates that children will be especially affected, and argues that the so-called “Remain in Mexico” policy was in fact “designed to traumatise asylum-seekers further, to the point where they become willing to give up on their asylum claims”.

As if we needed any further evidence that the US government is itself acutely psychologically unwell.

Elsewhere around the globe – from children hanging themselves in camps for displaced people in South Sudan to the prevalence of PTSD among Syrian refugee youth – the future is also looking pretty bleak.

When in 2015 I visited Syrian refugee camps in Lebanon’s Bekaa Valley, an elderly camp resident surmised that the reason so many young refugees were departing for Europe on “boats of death” was that they saw themselves as dead already. Thus, he reasoned, the risks of the voyage were immaterial.

Hopeless future?
Then, of course, there is Palestine, which has long been synonymous with the phenomena of forced displacement, refugees and trauma. In the Gaza Strip, where the majority of the population are refugees from what is now Israel, many children exhibit signs of intense psychological suffering – a natural reaction, no doubt, to Israel’s conversion of the territory into an open-air prison and site of habitual Israeli military massacres as well as other forms of torment.

Regarding the issue of Gazan mental health, former Oxfam spokesman Karl Schembri aptly posed the question: “How can you talk about post-traumatic stress interventions in Gaza when people are still in a constant state of trauma?”

A recently published study of refugees in Denmark meanwhile finds that children of parents with PTSD are “vulnerable to intergenerational transmission of psychopathology” and that even children born in Denmark had a “non-negligible increased risk”.

Now, with mass forced displacement the name of the game – and a global elite committed to war, punitive economic policies, and a general destruction of the planet – it seems the world itself may be headed for a constant state of trauma. 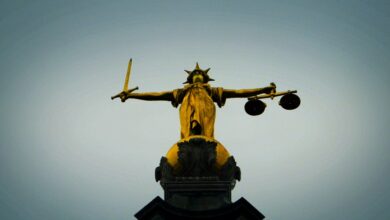 We, the Rohingya youth, demand our right to an education It is high time we start preparing for future pandemics