Researchers studied what are known as persistent organic pollutants (POPs). The World Health Organization describes them as “chemicals of global concern.”

In a study published in the journal JAMA Pediatrics, researchers looked for 76 chemicals from samples of maternal plasma from women in early pregnancy, and used ultrasound scans measure how their fetuses grew, including head and abdominal circumferences. Findings showed women who were exposed to POPs had smaller fetuses than those who were not.

Despite efforts to ban the use of POPs, their half lives—which can stretch for more than a decade—render them almost ubiquitous, the authors wrote. We encounter them in our food, including some dairy products and fish in the U.S., as well as the air—both indoors and outdoors. Research cited by the team show such pollutants can cross into the placenta, and have been found in umbilical cord blood.

In women with low levels of certain POPs, fetuses were found to have lower growth measurements and reduced abdominal circumference. While differences were small, researchers say they could still be important.

Study co-author Pauline Mendola, of the Division of Intramural Population Health Research at the National Institute of Child Health and Human Development told Newsweek: “The smaller [fetus] sizes that we saw might not be clinically significant, but do suggest a general effect of the chemicals on fetal size.

“Our findings suggest that POPs are associated with decrements in fetal growth even at very low concentrations,” she said.

Mendola explained the findings were most consistent for mixtures of chemicals, “while individual chemicals had less consistent results.”

“This suggests that the chemical mixtures are important for evaluating potential risks,” she said. “Since exposure occurs as a mixture in nature, it is important to evaluate the potential health effects associated with the mixture, rather than individual chemicals, whenever possible.”

The researchers believe the findings may be conservative because the concentrations detected in the women were “quite low” compared with levels in a nationally representative sample of pregnant women. The results, therefore, might not reflect the risk for women with certain occupations or other high exposures to POPs, they said.

In an editorial accompanying the article also published in the journal JAMA Pediatrics, a group of researchers not involved in the study praised the team for measuring the size of the fetuses periodically, and not just at birth.

“The results of the present study demonstrated that low exposures do matter,” they wrote. “Although the fetal growth decrements found in this study may appear subtle, on a population level in aggregate, these outcomes add up.” These babies might be more likely to develop chronic diseases like obesity, diabetes and high blood pressure, as well as coronary heart disease and stroke.

Many of the chemicals involved have been banned for many years and even decades in the U.S., yet could be detected in the women. The study underscores how persistent the chemicals are, and highlight the importance of cracking down on them, they said.

“The bottom line is that no chemical that persists in the environment should be introduced in the first place,” the experts wrote, adding: “The legacy of these chemicals is often irreversible and has the potential to have deleterious implications for future generations.

Do you have dry skin that never gets better? It may be a precancerous condition 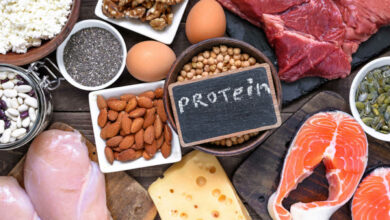 High-Protein Diet: How to Get Started

Is there a vegetarian way to do the ketogenic diet?

Here’s Exactly How Much Protein You Need 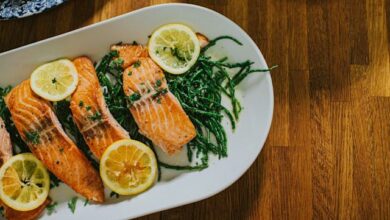 Up Your Omega-3 Intake With These 14 Foods 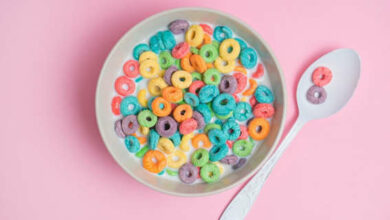 Why are COVID cases rising in Europe despite vaccination efforts?