Zainab Fayyad, daughter of Lebanese star Haifa Wehbe, published a new video of her daughter, expressing great love for her.

The little girl’s features appear slightly different since the last time her mother posted a picture of her. As she grows up, she’s starting to look a bit like her diva grandmother Haifa.

Zainab takes great caution with her two children, as she suffered when she was a child since she was deprived of her mother’s tenderness as she followed the path of stardom and abandoned her. So far they are still not talking to each other.

Ellen DeGeneres Apologises to Staff on Her Talk Show 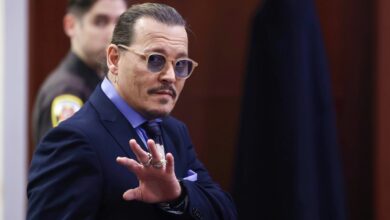 Billie Eilish Speaks Out Against The ‘All Lives Matter’ Movement